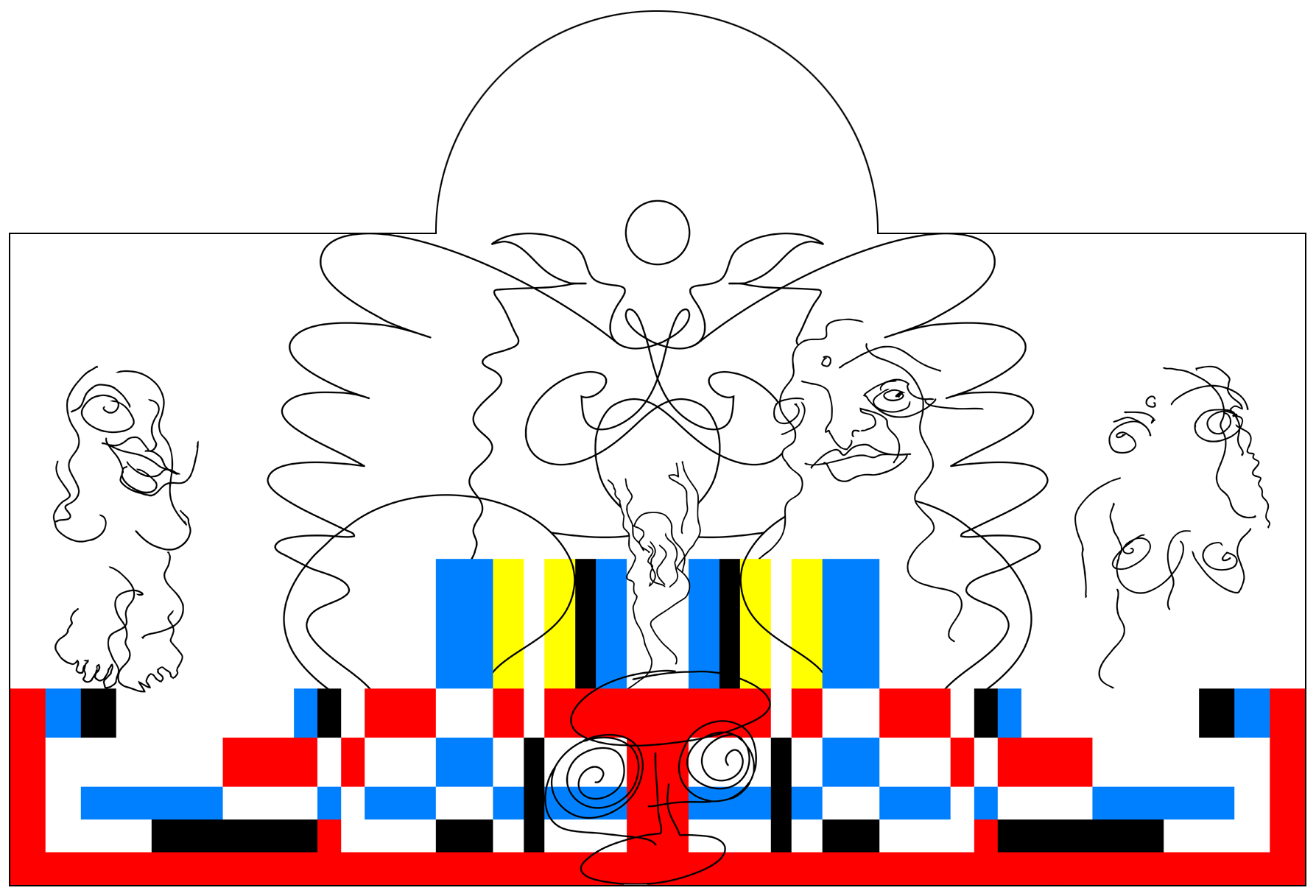 Who could have imagined that such large-scale digital works could be modernist? Digital art seemed to be the providence of the postmodern, a receptacle for the Xeroxing of the Xerox, a dicing and splicing of consensus reality until any struggle for meaning is lost.

Yet, deliverance arrived as a thunderbolt in Chelsea by way of something like a rumor. In physical terms, it was akin to the very tip of a mammoth iceberg delivering modernism anew into the digital age -- a massive body of unknown work that can't be compared to anything before it, simply because the process that has made it marries the latest in technology with the revival of an ancient icon. In its entirety as well as its parts, this is a new standard for the artist as filter to the subatomic configuration of a liberating new archetype.

Sundaram Tagore Gallery's New York premiere of the self-proclaimed avatar Adi Da Samraj (1939-2008) filled a vacuum existing in the art world expectantly awaiting the rise of the New since the tumult of the market fall. Curated by the Italian critic Achille Bonito Oliva, Orpheus and Linead celebrates a joyous union of opposites that polarized 20th century art into objective/nonobjective, abstract/figurative.

The overwhelming scale knocks the observer/participant senseless. The bold primary colors are riveting, even jarring, as are the slick surfaces: lacquer on aluminum. Thought process is suddenly rendered ineffective in the face of digital works with the modernist scale and ambition of painting.

As intended by the creator -- who had an insider understanding of the transpersonal forces in creativity like no other 21st century guru -- the images resonate in the back of the brain, beyond thought, where symbols are processed intuitively.

The clarity of uninterrupted line is the crystalline voice guiding this narrative of unity. An impassioned interplay of this theme of opposites establishes unrecognizable shapes within Euclidian geometries. Yet, this harmonious balance -- asymmetrical within symmetrical -- reveal the transpersonal forces at work in the destruction/construction of new archetypal configurations in space.

Sub-atomic sequences of motion, created of waves and particles, registered by the eye as lines and symbols, form the Linead marriage of form with the narrative of Orpheus. The archetype is becoming known through the filter of the artist, seeking the formation of solid in permeability in the search for harmonious balance.

The stark white surface is the juxtaposition of space/ground spawning new relationships between figures and symbolic objects -- like bicycles and ladders -- on a flat surface. It appears to be painting, yet laughs in the face of the painterly struggle for three-dimensionality. The starkness of the decisive, masterful uniform line against white ground as a representation of the eternity of space, commands the observer's eye into a nonlinear sequentially of bold new forms. So simply stated, it's like child's board game, yet the stark simplicity marrying form with process belies the complexity of the narrative.

In the Greek myth, Orpheus was warned: if he turned back to look at his beloved Eurydice as he rescued her from the underworld, she would fall back into the darkness. And this is what happened in the classical myth; Orpheus turned to look at his beloved and lost her forever. Countless times this myth has been retold in art.

Yet here, the fallen guru reworks this classical saga in a novel form that frees the controlling hand and ego of the creator to merge with the transcendental reality of the super-consciousness. The myth is replayed again, yet this time Orpheus makes a successful rescue of his partner by incorporating the long repressed feminine with its organic shapes that refute the slickness of presentation. By entering this unknown realm of holding tension in space, the creator revolutionizes modernism as a marriage of masculine and feminine, thereby incorporating the thorny issue of the shadow that has dogged the patriarchal western civilization with its innate fear of the suppressed Eurydice, whose dark power was so potent, men were threatened with destruction just to look her at her face, and so her struggle to be known was repeatedly thwarted by her being thrust back into the unconscious. How true of the feminine in the history of western art, and yet Samraj has reversed this fate -- for good.

The titles alone reveal new challenges for curators. Wrapping the brain around the sequences, the numbering in the artist's final series is overwhelming. With the digital revolution's ability to reproduce exponentially, the choices are seemingly endless. In the back of the gallery a wall projection of sequential images provided a good start, but displaying each iconic image with its sequence, whether in photographic or video format, would help a great deal in presenting this holistic art form.

At the same time, this sequencing enhances the participatory value of the work. It serves as a vehicle for the subjective search for a symbology that is both personal and universal. The individual works present themselves as summations of an ongoing narrative of man's underworld descent to confront the anima, and thereby correct the imbalance of history that has repressed the sacred feminine. 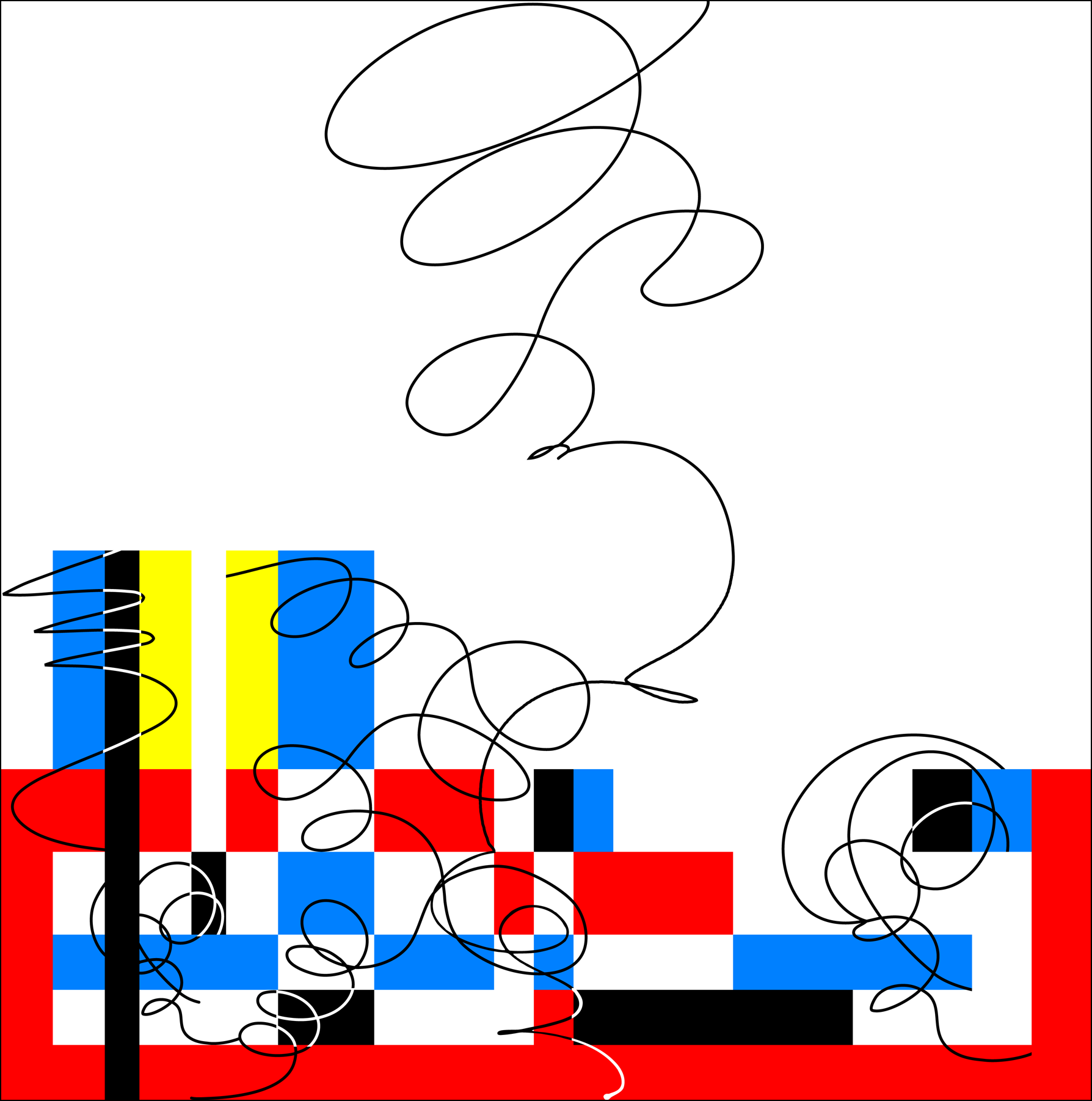 In his intention to work on the subatomic level, the guru was tackling the thorny 20th century problem of the Heisenberg Uncertainty Principle which postmodernism failed to overcome. This is the matter of the freewheeling electron whose path could only be determined by observation, revealing the outcome of the scientific experiment is limited to the consciousness of the observer/participant. Light is either a particle or a wave, depending on the observer. It couldn't be one or the other, because both couldn't be observed at the same time. 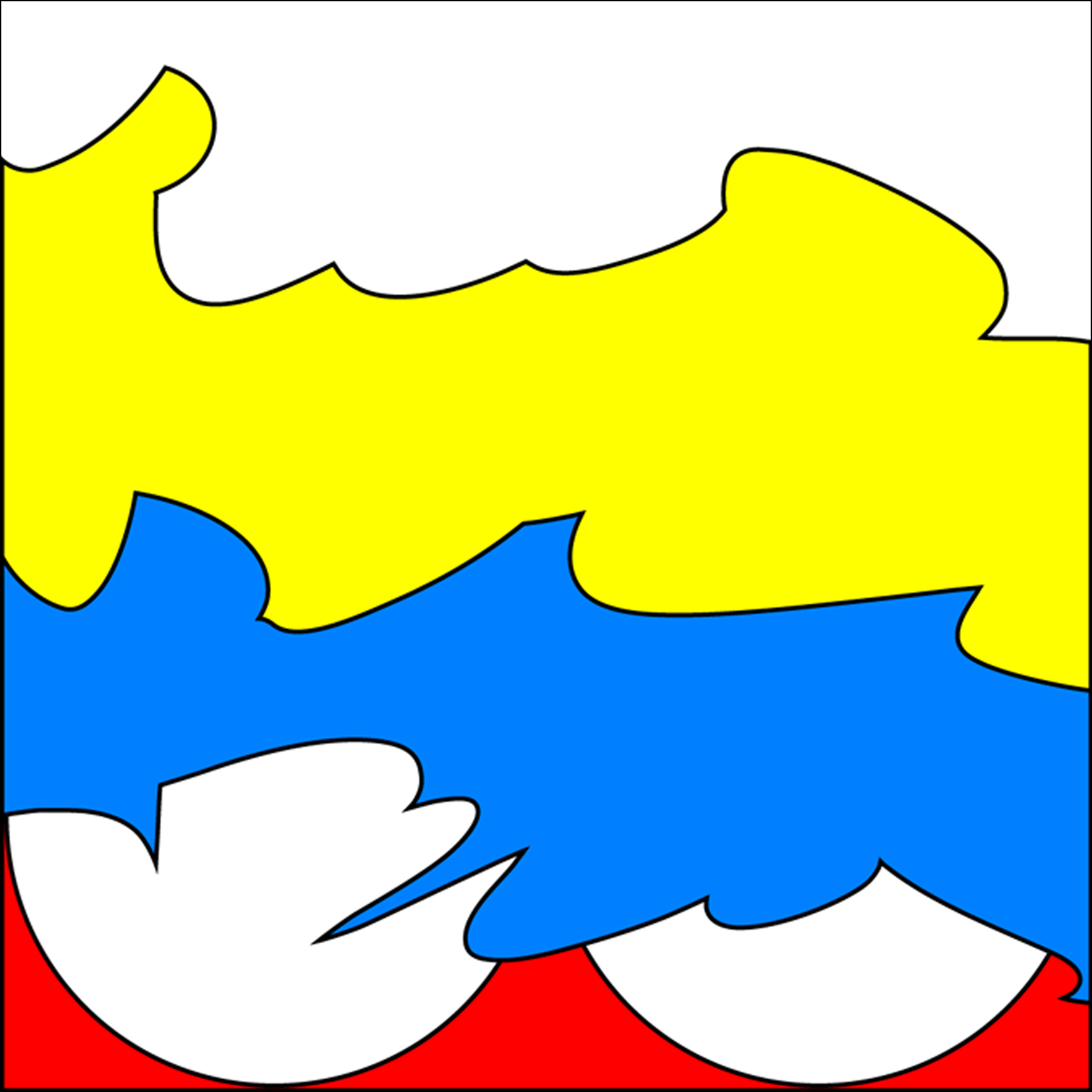 But now, in the 21st century it is both: the wavicle. The artist who can combine the two ignites a ®evolution. But it isn't enough to produce the image that combines the wave and the particle. The artist needs to make the very process of arriving at this alchemical conjunctio transparent and participatory. Imbedding his artifacts of a journey with meaning is about embracing the duality inherent in nature: the internal/negative/feminine intuition and the external/positive/masculine decisive execution.

And this is what Samraj achieved through an evolving process in which he discovered the means of creating narrative without the intrusion of the ego - utilizing a language established with photography to create rapid-fire digital sequences in collaboration with digital technicians. This is a modernism born of collaboration within and without; it couldn't exist without the holistic cohesion of mind, hand and eye. This unity of creation is the transcendent reality of a new archetype: the hieros gamos, or sacred marriage of opposites. 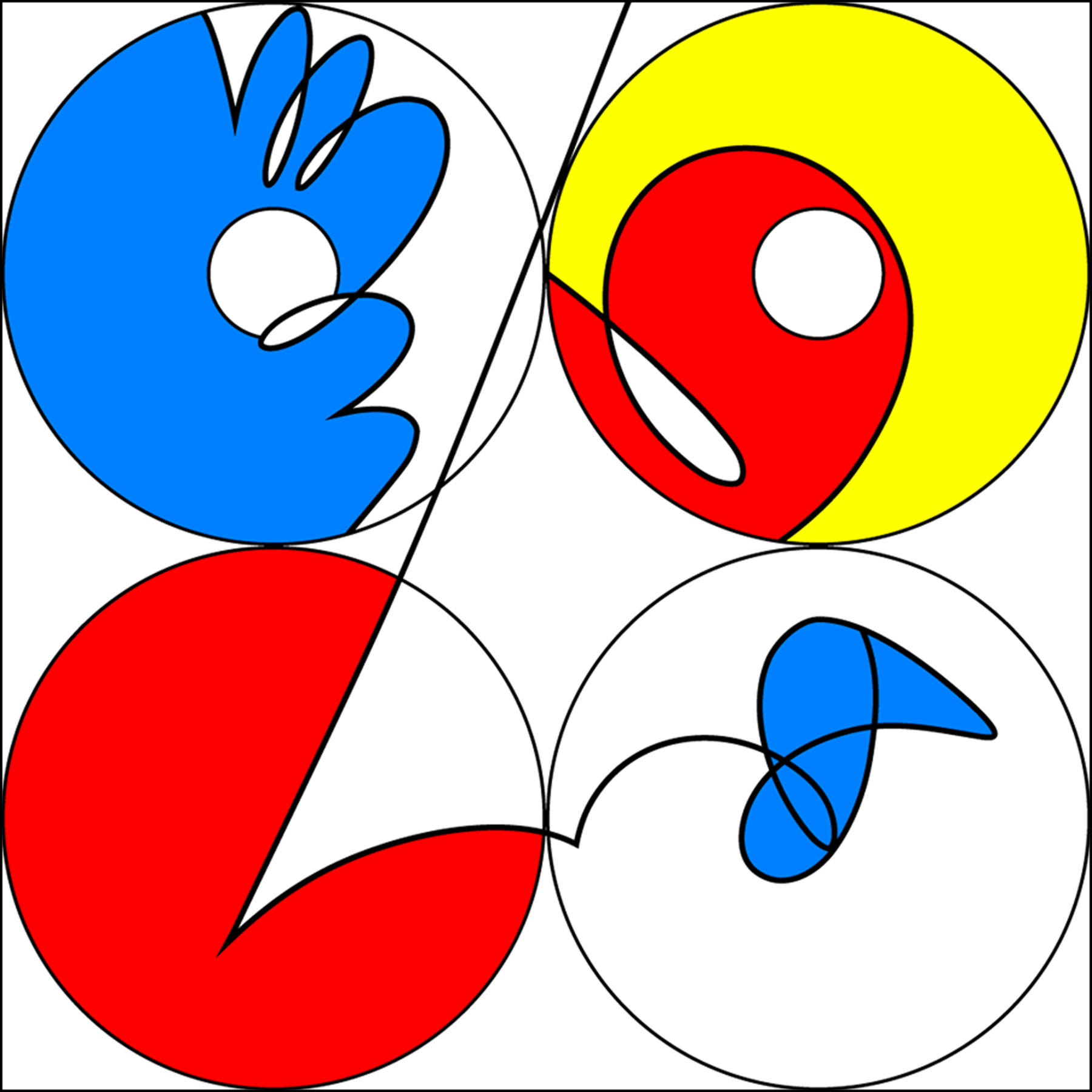