A picture is worth a thousand words.

The Millennial generation seems to agree. With Instagram precariously close to overthrowing Twitter as the new king of social media, and Snapchat clawing at its heels, digital communication continues to evolve in the direction of simpler, more visual mediums. What started with a Facebook status turned 140-character Twitter post, is now a well-timed photo to creatively capture an emotion, thought or event.

In order for a message to reach the masses, it must be presented in a way the masses are willing to receive -- and that way has certainly changed in the last decade. This proves a particularly difficult challenge in religious circles where tradition and sacred texts are honored despite cultural changes over time. If religiously historic ideals and teachings are to reach rising generations, however, the communication medium has to shift.

Though words remain necessary in preserving the accuracy of authors' intentions, a visual component to ancient script would ensure continued interest and personalized investment from devout followers in an increasingly secular world. Additionally, a social component that would allow these followers to connect with strangers and friends at their fingertips is practically a modern requirement for drawing widespread attention. For Christianity, that's where Parallel Bible comes in. 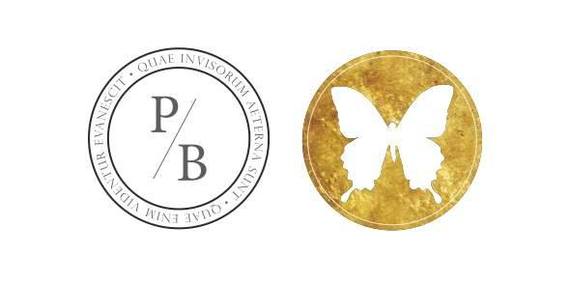 Parallel Bible is the world's first social, visual Bible, according to co-founders and brothers, Andrew and Chris Breitenberg. "Think Instagram meets scripture," they say. In short, Parallel Bible is an app that lets people interpret scripture through a less structured lens by connecting personal photos with passages found in the Bible. Users can share photos they've already taken, and either tag a scripture that came to mind when taking the picture, or search for a scripture to match what they captured on camera. Over time, much of the Bible will have pictures attached in display of individual and artistic interpretations. Besides scrolling through photo feeds (as seen on Instagram), Parallel Bible also offers the option to read the written text with its Bible Reader function, which includes of all tagged images below each corresponding verse.

"We want to change the paradigm from just reading to participating with the text in a way that makes it more real. When the words become more real to people, they become more powerful," said Chris.

It took Andrew and I a long time to feel comfortable reading the Bible and feeling a sense of ownership of the words and what they hold for our personal lives. It was a journey, and we want to help make that road more exciting and beautiful for other people.

During his graduate work in Amsterdam, Andrew felt compelled to tackle scriptural analysis from a new angle. "Why is it hard to open sometimes?" "Why is it still rice paper and gilt edges and bound with glue and leather?" "Why, in a visual age, are there no pictures?" "Does it have to stay this way?" Though Andrew's questions challenged the very nature of the Bible's historical traditionalism, he knew the scriptures would reach more people if presented in a more contemporary, stimulating, and dynamic fashion.

Led by the hope to create spiritual conversation through artistic measures, Andrew moved to South Africa and began a street art initiative called Selah. His movement addressed the visual poverty of the Bible in its modern day form by working in the streets and slums of South Africa, painting scripture in vivid colors on dilapidated walls and structures. Through collaboration with residents, the projects were such a success in the townships that Andrew knew the next step was to create a social media platform where anyone could contribute to the illumination of a new, digital Bible.

"The Bible was once an oral tradition and then became a written tradition," said Andrew. "Our vision is to create the new social, visual tradition of the Bible -- an entirely unique way of conceiving and sharing Scripture, putting it into new hands, and ultimately of changing lives."

Chris came on board shortly after the idea was formed, and the pair eventually took the plunge to develop the app full time, purely out of passion for its potential to positively alter spiritual perspective.

[Parallel Bible] is to see things in a way that we haven't seen them before. Through the help of strangers, we might understand something that a pastor, a parent or a close friend could never explain. Maybe a totally random person who posts a picture of her daughter could speak to me in a way that a million sermons never could.

As society shifts into an ever-growing digital age, personal networks, businesses, governments, and even religions must make adjustments to cater to minds that are trained to communicate and absorb information through social media. When it comes to Christianity, the Breitenberg brothers hope this is only the beginning for a new wave of Biblical interpretation and expression.

"It's not just an old book that's complicated and esoteric and strange, but something that is alive in our lives and we experience in actions and emotions and pictures," Chris explained. "We want to give people a connection to the text that is experiential, meaningful, and ultimately transformational."