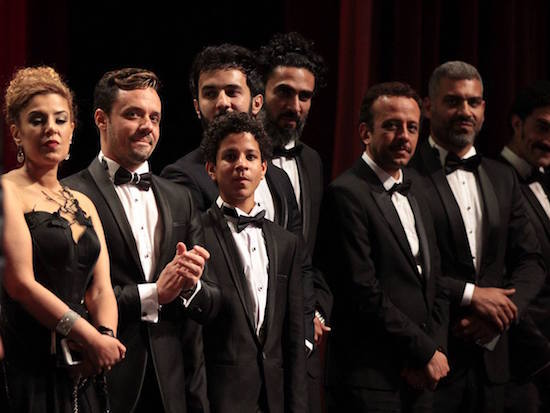 Sometimes a film makes history even before it is screened.

Such is the case for Mohamed Diab's latest Clash ('Eshtebak'), the much-awaited follow up from the talented Egyptian filmmaker to his Cairo 678, a personal favorite. Clash opened 'Un Certain Regard' at this year's Festival de Cannes, marking the return of Egyptian cinema to the section, the first time since Yousry Nasrallah's After the Battle was screened there in 2012. That could be groundbreaking enough, but it's not all the film is achieving.

Most importantly, Clash bring to the forefront a concept, an idea that has haunted me since I glanced at the intro to Fawas A. Gerges' book titled ISIS, A History. There, on the front inside cover, the sentence, "... how ISIS emerged in the chaos of Iraq following the 2003 U.S. invasion, how the group was strengthened by the suppression of the Arab Spring..." It's a provocative and unsettling supposition.

Diab's film takes place entirely in the back of a police van, in the wake of then elected president Mohamed Morsi's ousting from power, in July of 2013. There, in the small enclosed quarters, Diab offers a microcosm of modern Egypt, with Muslim Brotherhood members sharing space with pro-military supporters and activists; men, women and children. All there, all part of a new and chaotic Egypt, all in a caldron waiting to boil.

I usually don't write about films I have yet to watch but with Clash, I know that I'll end up being deeply disturbed but also perfectly illuminated by Diab's work. I can't remember the last time I've craved to watch a film this much and the reviews are only fueling that fire.

Luckily, I was able to reach out to the filmmaker and ask him a few questions to find out his thoughts on this wild ride, pardon the pun, from his previous film to now -- Clash in Cannes.

In your beautiful Variety guest piece after the Paris attacks, you described Clash this way: "The film unfolds inside a prisoners transport vehicle, carrying detainees from all walks of life -- activists, Islamists and military supporters. In the course of a hellish day, they are forced to see one another beyond the stereotypes and discover each other's humanity." Do you think cinema as a whole, but more specifically films from the Arab world can help us, at this difficult time, find a way out of the madness? 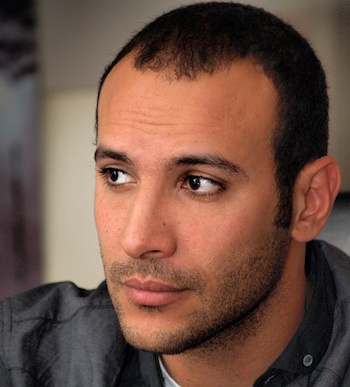 Mohamed Diab: In times of war, people see each other as black and white. You saw it after 9/11, you see it after every big city that is hit by terrorism, you saw it in countries that had civil wars, even between its citizens... It's black and white. It's me, I'm good and "the Other" is evil, I'm white he's black, and I think it's very hard to convince people, to talk reason to them, just in a conversations.

The best thing about film is it gives you a real time, you see the world through someone else's eyes and for the first time you can take a pause and really analyze the world in a very calm and fair way. So yes, films can help. By the way, everyone I knew around me advised me not to make this film right now because it would be so dangerous. Not only because one side is going to hate me but everyone is going to hate me. Egypt is so divided now that we don't only have two sides but so many sides and everyone of them wants to see the world and what happened through their eyes. We have a saying in Egypt now, "If you don't see things 100 percent like me, then you're a 100 percent against me."

Film can help because for a moment it can calm you down and show you the world through someone else's eyes. I made Clash now because the best time to make a film like this is when the fight is on, not after the battle is done.

Can cinema change the world?

Mohamed Diab: Definitely, it can change it -- one person at a time. I'm going to talk as a person, because ten years ago when I started writing films and making films, it changed me as a human being. I remember writing a story about a drug lord and I was so judgmental about the guy until I started writing him. Being him, changed me. I eventually made the film about whether it was really his choice to be this way or not... He asked that question, all through the film, his own existential question. As a person cinema changed me, I am way less judgmental and I can call myself more mature because of cinema, and I think every film you watch, it's not like just meeting a person, you get into their lives. Film can show you someone's life, from the beginning to the end.

With your previous film, you dealt with the sexual harassment women faced in Egypt, pre-Arab Spring. Now in Clash it's a new Egypt you deal with, and yet the common thread seems to be, in my humble opinion, that you are not making films about your country. Rather, they are films about humanity at large and how incredibly similar we all are. Can you talk a bit about that?

Mohamed Diab: I think it's normal that a filmmaker expresses himself and his personal experience. There are definitely universal values and I think they are in my films. Something like sexual harassment, you're going to find it everywhere and women are going to react the same in the same conditions as my heroines in my film but it's still very Egyptian because it's my experience in a way.

The same thing with Clash, it has Egyptian elements but also very broad elements to it, it could be set in the Ukraine or anywhere in the world where people face trouble or civil war. People can relate. Even disputes, like what is happening in America right now, the presidential elections, you can imagine the people who clashed at Trump's rallies, if they are stuck in one place together similar things could happen. Definitely I don't think there is a way a film can succeed universally unless it has the main universal values of everyone. It could be about a town in South Africa, or New York, you are never going to relate unless it has those universal values. 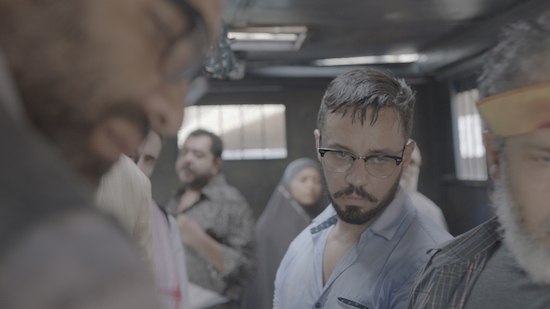 A still from Clash by Mohamed Diab

How does it feel to have made the opening film of 'Un Certain Regard' in Cannes this year?

Mohamed Diab: I was so proud, yet so stressed and it came the same day. I thought I would be more happy but I'm so stressed, it's my first time in Cannes. And there is the extra stress of not only the artistic side but the political side or how people are going to receive the film. It's my first experience and I can't wait for it to happen. It's the greatest feeling for any filmmaker in the world.

What do you hope audiences will take away from Clash?

Mohamed Diab: I think Clash is complicated, it's very hard to say that there is one thing that they can take away from the film. There is definitely the message about co-existence, there is the message about humanity, you don't know anyone until you are really close to them. Understanding people, motives, one of the most important thing in the film is the vicious cycle of violence, how it starts and how it never ends. If you keep feeding the vicious circle, it will never end, it's just going to continue. And I think the film explains that very well, the origins of violence and I think it's essential not only for Egyptians but for the whole world, because you can understand the roots of ISIS and extremists.

Do you think of yourself as a bridge across cultures

Mohamed Diab: I call myself a citizen of the world. I don't live in borders, I believe we're all the same. As a filmmaker, I'm trying to express that as much as I can. As I grow, this is the main message that I wish I could communicate, how we are all the same. Yes, there are different cultures, but the core of a human being is the same, the core of a society is the same.

I learned my English from movies and songs and the first time I was in the U.S. I was blown away. I was in love with the place just because of movies! And that's one of the reasons I love different cultures and I love film and I wish I could just express that in my films -- bring people together in a way, as much as I can.

We would never ask an American filmmaker if he feels like he's representing his whole country at a festival, yet the question can't be avoided in the case of a filmmaker like you, originally from Egypt. How does it feel?

Mohamed Diab: Do I represent the whole Egypt? If you'd asked me five years ago, I would have said, maybe, yes. But now Egypt is so divided I can't have the audacity to say that. I just represent myself and I represent everyone who thinks like me, and I try to be fair enough to represent every character from their own point of view, as much as I could. Maybe people will disagree with me, maybe people will agree with me, but I tried my best to be true to every single character. And every single one of them is expressing a portion of Egypt. I think seeing the film, you can see a wide spectrum of Egyptians, if not all Egyptians.

Top image courtesy of the Dubai International Film Festival, all other images courtesy of MAD Solutions, used with permission.