Venerable Algerian and United Nations diplomat Mohamed Sahnoun worries that neither world leaders nor the United Nations and national governments are facing up to the unprecedented problems the world confronts. What is sorely needed, he argues passionately, is a new, integrated, and bold approach that he terms "human security." In a series of recent interviews, he reflected on what that means in practice, what he hopes will come next, and why spirituality, which underpins an ethical approach, belongs at the heart of global efforts. In the course of the discussions he noted in passing his hitherto unreported interaction with President Kennedy at the height of the Cuban missile crisis.

Your determination created the five year Human Security Forum that meets each year at Caux, Switzerland. What did you want to accomplish?

We face deep insecurities in today's world, but also great opportunities. Notwithstanding countless setbacks, I truly believe we are moving towards a greater sense of common purpose and solidarity as a world community. People in all walks of life know far more about what is happening and thus can be mobilized. Autocratic leaders are losing their grip. But we miss opportunities constantly, partly because attention is deflected by conflicts and crises. I feel urgently that we are at a unique point in history and simply must act with far more energy and cohesion. We must go to the root causes of the fears and apprehensions that give birth to insecurity.

Dialogue can be dismissed as simply talk yet you have dedicated much of your life to promoting and engaging in dialogue. How did you start?

When I was very young, tensions were everywhere in Algeria, my home. Even children in different neighborhoods fought over territory. Some instinct and drive made me a peacemaker then and ever since. I refuse to be a hostage to insecurity. I experienced insecurity personally: torture and prison, and that deepened my conviction that only by talking to one another can we have lasting solutions. From the 1960s when my job was to help sort out boundary disputes among Africa's newly independent countries to today, there is simply no alternative to dialogue. 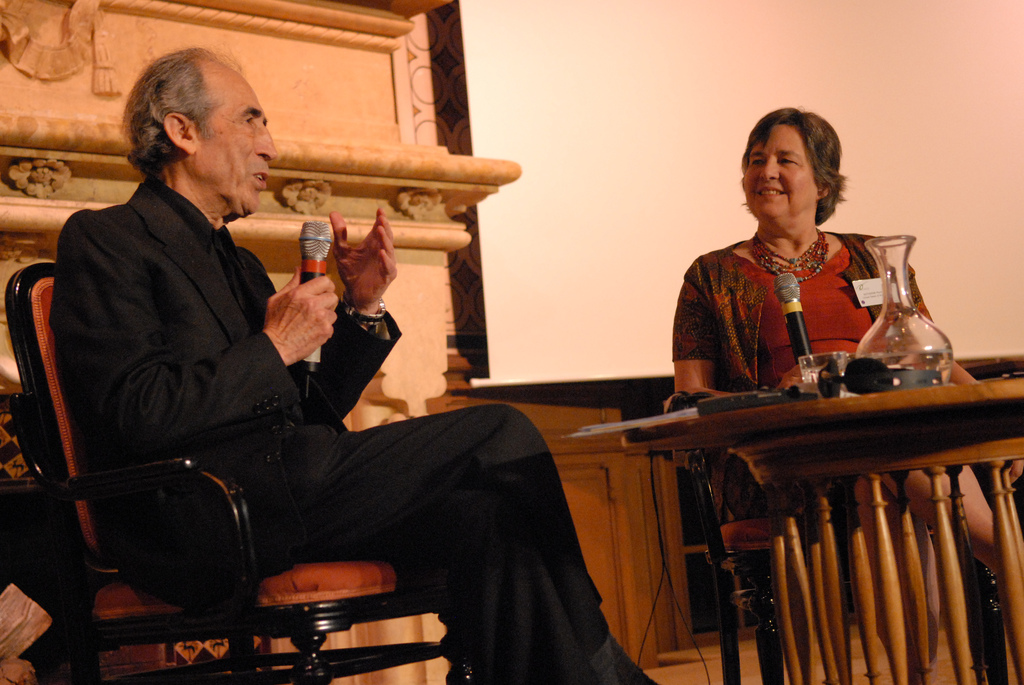 You were in Washington on the eve of the Cuban missile crisis. What happened?

In 1962 I was part of the team setting up the Algerian state, as diplomatic advisor to the provisional government. When Algeria joined the United Nations in October, I was part of President Ben Bella's delegation. President John Kennedy invited Ben Bella to Washington -- Kennedy was much respected in Algeria, because he had supported Algerian independence as a Senator. Preparing for the visit, I was there when the Foreign Minister met Dean Rusk, the Secretary of State. Rusk objected that we planned to go directly from the U.S. to Cuba, and promised to impound the Cuban plane that was to collect our delegation. We broke off the interview and Ben Bella decided to cancel the Washington visit, and meet the Cuban plane in Canada or Mexico. But Ben Bella received a personal phone call from JFK: "'You've had a problem with my Secretary of State, but I'm asking you to come to Washington. I'm asking you to take a personal message to Fidel Castro."

Then we faced a protocol problem. In those days, the entire diplomatic corps would meet visiting heads of state at the airport. The dean of the Washington diplomats was the South Vietnamese ambassador. We told our counterparts that our President could not shake his hand as we didn't recognize South Vietnam. So Kennedy scrapped the diplomatic reception. This in fact set a precedent, ending diplomatic welcoming parties.

At the White House, JFK and Ben Bella met with just their interpreters (this was before the missile crisis was public knowledge). JFK showed him the U2 reconnaissance photos of the Russian missiles. "If they're not pulled out, this could lead to war," he told Ben Bella. Our President promised to pass on the message: "it is important for all humanity." We travelled from New York to Havana, indeed on the Cuban plane. Castro received our delegation. Ben Bella asked for a private meeting where he was able to pass on JFK's message, with his own message that the situation was grave.

What has the Caux Forum achieved since its launch in 2008?

The Forum has produced a deep analysis of the diverse and complex dimensions of human insecurity. There are five pillars, five priorities: Healing Memory, thus overcoming the mistrust created by the wounds of history; Just Governance, to work for integrity, transparency and justice worldwide; Living Sustainably, which calls us to move towards greener economies and lifestyles; Inclusive Economics, to create a global economy that benefits everyone and Intercultural Dialogue, that works for peace and physical security. Such a joint intellectual and practical appreciation is what has been missing.

Interreligious dialogue is well and deeply established at Caux. It is a place where Muslims, Christians, Jews and people of other religions can come together and negotiate. It offers a safe place where people can build trust in one another. It offers the chance to understand what human security really means. Security is often equated purely with physical security, especially in America. The language of security is a language of power and polarization. Our central purposes is to change that language. We want instead a language of human values, a language of ethics.

I emphasize especially healing wounded memories, because they play such an important role in conflicts. For example, in Algeria and Northern Ireland feelings, the product of long conflicts and pain and violence, run so deep that special efforts are needed to heal. That is true in many places: the Balkans, Japan, Korea and Africa. We need more and better ideas.

Linking governance and security takes the Forum into new territory. What should be done?

Bad governance often causes conflict. In some areas, the way to improve governance is obvious. But what is needed most of all is more ethics. Suddenly, for example in the Arab Spring, there seems to be an emerging awareness that we need an ethical culture. The problems of endemic poverty, violations of human rights, and injustice, cry out for a deeper and more consciously ethical approach. Civil society is helping to enhance that awareness, demanding harder work and less selfishness. The past tendency was to defend one's city, one's nation, one's tribe or congregation. In the Cold War where ideologies seemed clear, there were sharply defined sides. But today, with our globalized world, we need a global solidarity that includes everyone. That is truly a new demand.

What about the economic challenges that face the world?

Economics can be very divisive, as divisive as bad governance. The reality and the perception that global affairs are managed by an oligarchy, a small group of powerful people, are corrosive. Spending on the military is a scandal -- USD 1.5 trillion, an unimaginable sum, while less than U.S. $100 billion is spent on development. We spend 15 times more to kill each other than to heal. We must correct that. The sources of tension are obvious in trade patterns, again where oligarchies dominate. The U.S. subsidies for cotton are just one example of what are evident and very visible injustices.

The infamous "clash of civilizations" that Samuel Huntington spoke about is often misread, in Washington, as a clash of religions. It is not one religion, or language, or ethnic group or class against another. It is a clash of ethics. In Somalia, the clash is not about religion -- the people share a common religion, language and ethnicity, yet they are plagued by conflict, as clans and families fight one another.

There can be no ethical culture without a clear and strong notion of justice. All people feel injustice. The principles of justice apply to all the issues and dimensions that we are trying to address at the Caux Forum.

To shift to an ethical culture, a true dialogue of civilizations, we need to work much more and more effectively with the media, to combat images, prejudices, and painful memories. We need to do more with Parliamentarians. And we need to bring spiritual leaders into the discussions. Windows perhaps are open to all three, but we need to pry open the doors.