When Mohammad, 24, told his father that he was offered work as a translator with the U.S. military, his dad was thrilled. He felt this was the best way Mohammad could defend his country against the Taliban.

That decision ultimately cost Mohammad’s father his life. The Taliban killed the Afghan translator’s dad and kidnapped his younger brother, Mohammad said in a recent interview on "Last Week Tonight With John Oliver." Desperate to bring the rest of his endangered family to the U.S., Mohammad has now turned to a crowdfunding campaign since the U.S. government has failed to help him.

Mohammad is just one of tens of thousands of Afghans who risked their lives to accompany troops on dangerous patrols, find out about imminent attacks and warn them of planted improvised explosive devises (IEDs). Despite their sacrifices, thousands of these interpreters, who are now Taliban targets, can’t get U.S. visas because of the painstaking bureaucratic process, Oliver noted.

The Special Immigrant Visa (SIV), a program created by Congress for Afghans and Iraqis who worked with the U.S. during the wars, can only be obtained through a long-drawn-out process and has helped few Afghans, The Huffington Post reported last June. In 2011, for example, just three Afghans who worked with the U.S. military were given these special visas, Oliver said.

While Mohammad is now safe in the U.S., he can’t breathe easily just yet.

After the Taliban killed his father, Mohammad’s younger brother was kidnapped. He had to spend his life savings to pay the $35,000 ransom to get him back.

The rest of Mohammad’s surviving relatives are currently in hiding and he's eager to bring them to the United States.

Military experts are well aware of the dangers both translators, and their family members face, if left behind.

"We are abandoning Afghans who worked with U.S. troops to a certain death," Ronald Payne, founder of the Allied Freedom Project, which assists Afghans who are applying for an SIV, told HuffPost last year. "The Taliban are not going to show mercy."

Find out more about the campaign to help Mohammad's family and how you can get involved here.

Afghan Translator Whose Dad Was Killed By Taliban Desperate To Bring Family To U.S.
Bombing In Afghanistan 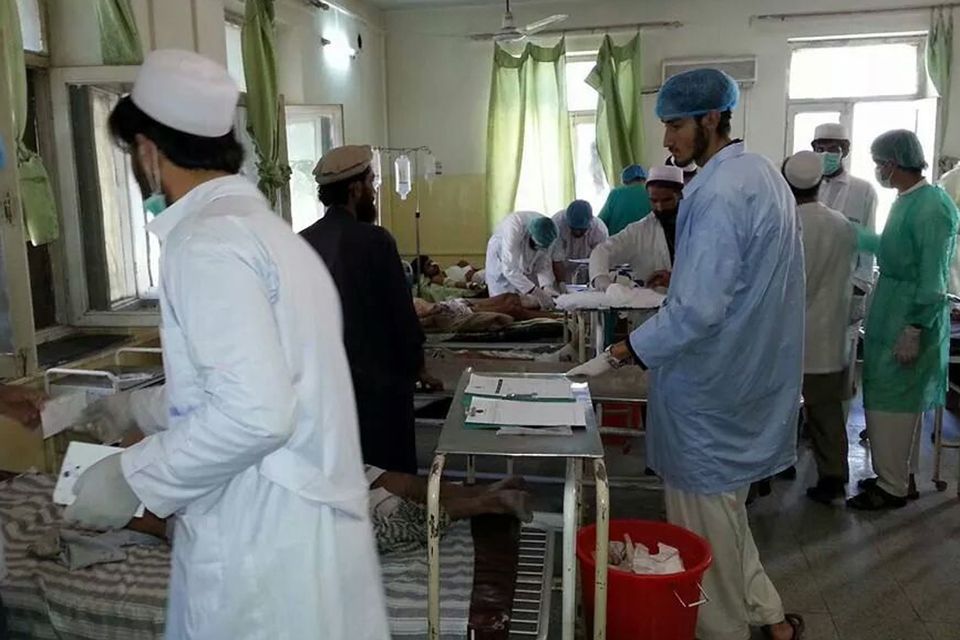