Mohammed el-Kurd was something of a child star. When he was 11 years old, Israeli settlers took over part of his family’s home in the East Jerusalem neighborhood of Sheikh Jarrah, sparking protests by Palestinian and Israeli activists. El-Kurd was the main subject of an award-winning documentary about the episode called "My Neighborhood."

Over six years have passed since the film was made, and el-Kurd is finishing high school and applying to colleges in the U.S. He still lives in the same house, and Israeli settlers still live in that house too.

The family has complained about ongoing harassment by the settlers over the years. El-Kurd said groups of young men rotate through the house every few months, making his family miserable with late-night parties and a “terrifying” dog.

Growing up in such circumstances gave el-Kurd plenty of material for what evolved as his main passion: poetry.

“I use writing as a tool to make sense of life; without writing I wouldn’t be able to think properly, understand profoundly and make decisions,” he told The WorldPost.

El-Kurd wrote his first poem when he was about 9 years old -- a verse mocking a police officer who helped evict the family from part of their home.

As he grew older, el-Kurd realized that his family’s travails were not completely unique.

Israel annexed East Jerusalem in 1967, a move never recognized by the international community. Israel offered Palestinians in Jerusalem a path to Israeli citizenship, but most declined for political reasons and instead took residency status, which affords fewer legal and political rights. Israel built large communities -- designated as settlements under international law -- throughout East Jerusalem, despite international condemnation. Today, Palestinians make up about one-third of the city’s population.

Over the last decade, Israeli organizations dedicated to increasing the Jewish majority in Jerusalem have used the Israeli legal system to take over homes in Palestinian neighborhoods across the city.

Under Israeli law, Jewish Israelis can reclaim properties in Jerusalem that were owned by Jews before the founding of the state of Israel in 1948. Palestinians do not have a corresponding right to reclaim properties.

Thus began decades of legal battles between Jewish groups and Palestinian families living in East Jerusalem, including el-Kurd's family. Their eviction from part of the home came amid a string of evictions in Sheikh Jarrah in 2008 and 2009, which were condemned by the U.N. The el-Kurds' legal battle to regain control over the whole property is ongoing.

“I grew up to be pretty conflicted and have an abnormal life, just like any other Palestinian child,” el-Kurd told the media nonprofit the Institute for Middle East Understanding in a recent video interview. “I started looking at the world and I saw that there are people who go to school … and have homes and live in them without the terror of being thrown away.”

“Their normal was abnormal to me and ... I felt that I was responsible, at the very least, to talk about it,” he said.

El-Kurd now writes poems at least every other day, in both Arabic and English. He dreams of becoming an influential writer. He is already writing a book exploring the Palestinian situation, called Tomorrow's Never Coming.

“Poetry doesn’t liberate occupied land, nor it does free imprisoned and enslaved nations,” el-Kurd told The WorldPost. “What it does, simply, is represent an element that fuels and encourages the souls of the oppressed.”

El-Kurd likes to perform his poetry to visitors, and sometimes, to total strangers on the streets of his neighborhood and around the city.

"I find my favorite moment when reciting a poem, is when I bring a person to tears, because that is how I realize I have succeeded in provoking the person’s conscience," he told The WorldPost. "But it's really challenging to move Palestinians by my poetry, because we became numb to our reality."

“Poetry doesn’t liberate occupied land, nor it does free imprisoned and enslaved nations. What it does, simply, is represent an element that fuels and encourages the souls of the oppressed.”

El-Kurd is adamant that his poetry should be provocative, asking uncomfortable questions about the Israeli occupation, injustice and social taboos.

He is critical of modern poets from the region whose poems are full of nostalgia or delusions of victory. He is also critical of empty talk about peace.

"I’ve grown to learn that peace should be the last discussion, what should be focused on right now is justice," he said. "Justice is the ultimate solution to the conflict, the oppression and the violence."

His family is supportive of his writing, although they’re not thrilled when he pushes religious or social boundaries, el-Kurd says. He feels passionately about gender stereotypes in the region, for example.

"I think sexism is one of the most unproductive, destructive, and threatening ideologies," he wrote in a blog post last year titled I Experience Sexism.

"As long as we laugh at our crying boys and gasp for our physically strong girls, nothing will change," he wrote. "I think the word ‘man’ is very fluid and very flexible, not because anyone had said so before, but because I said so, for I am not defined, I define."

“I hope my poetry would ask questions that are too loud to be ignored, and will provoke people to change certain things in society,” el-Kurd told The WorldPost.

Watch the video above by the Institute for Middle East Understanding of el-Kurd reading a poem he wrote called “I.” As el-Kurd explains: “This poem showcases the struggle of being born into a situation where your future is already decided and known, and it also challenges the feel of belonging and not belonging.”

"I" by Mohammed El-Kurd

There is death
in the eye of a new born
a fetus tragedy is re-singing
the same old floating catastrophe
and in ears there is storm
only raging for silence
what do you do
when your destiny is already
embroidered in the womb?

There is a face
written
but unread
with the ink of experience
I write the future
the heart of thunder
and the eye of lightening
only dance to the beat of
‘stop!’

Dare stop a lung
that only pleads
to be heard
breathing. 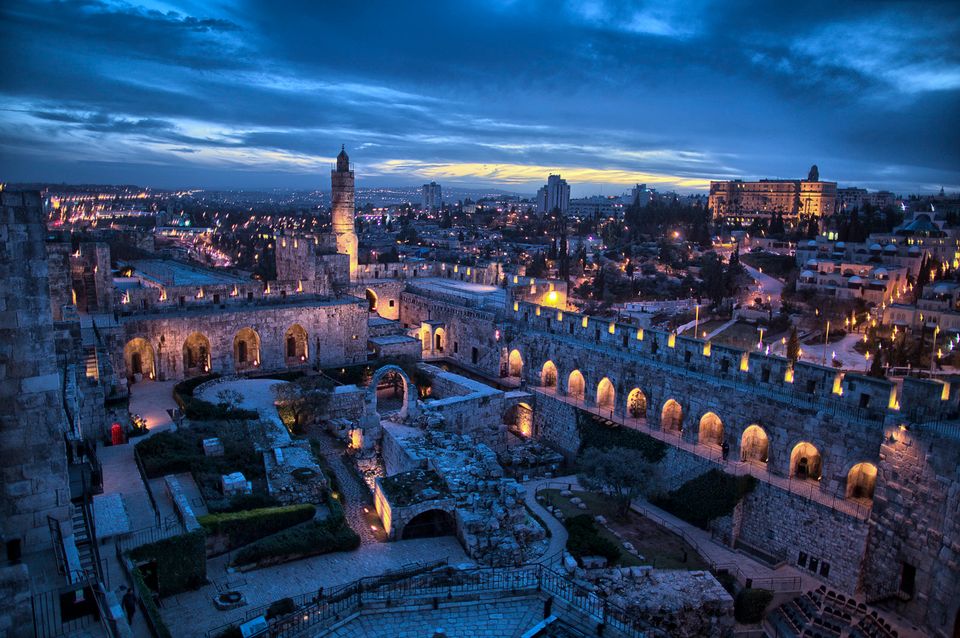