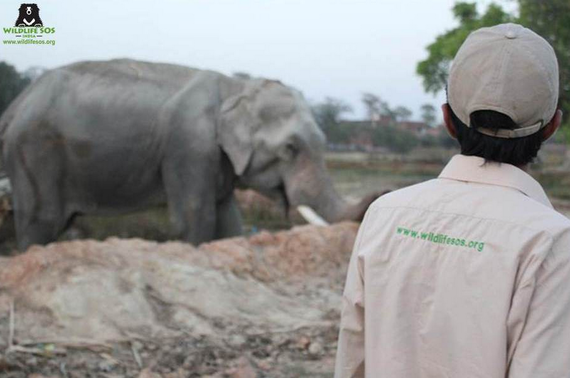 For more than fifty years, luck has not been on Mohan's side. Stolen from the wild as a young elephant, he likely has never known, or has long since forgotten, how it feels to be loved and what it means to be free.

Mohan is one of India's working elephants. Since humans captured him, his days have been filled with hard work, insufficient sustenance, and vicious beatings to force him to comply with his mahout's (caretaker/trainer) wishes. His nights have been spent in chains.

When we at Wildlife SOS heard about his plight - horrific even by working elephant standards - we were determined to rescue him and to give him a safe place to spend his golden years. We were optimistic about our chances as the law was on our side; Mohan's owner had already lost custody of him in court.

We intended to rescue him in the Summer of 2014, around the same time that we rescued an elephant named Raju. Our research told us that these two 50+ year-old elephants had spent time years earlier chained next to one another, and that they were owned by two members of the same family. We wanted to bring them to our rescue center and reunite them, and hoped that a familiar face would make their transition easier.

But once again, Lady Luck had other plans for Mohan.

Just as our rescue team was readying itself to pick up Mohan, he disappeared without a trace. We thought it likely that his owner had caught wind of our plans to rescue him and so spirited him away and into hiding. Our hearts were heavy as our searches hit dead ends, and we had to face the fact that we had lost him.

We proceeded to rescue Raju, who wept as his chains were removed. That story, and the photo we snapped of the tears running down his face, went viral online and generated worldwide interest in our rescue work. But even as we scrambled to respond to media inquiries and social media comment streams, we worried about Mohan, and hoped we'd have a second chance to free him. 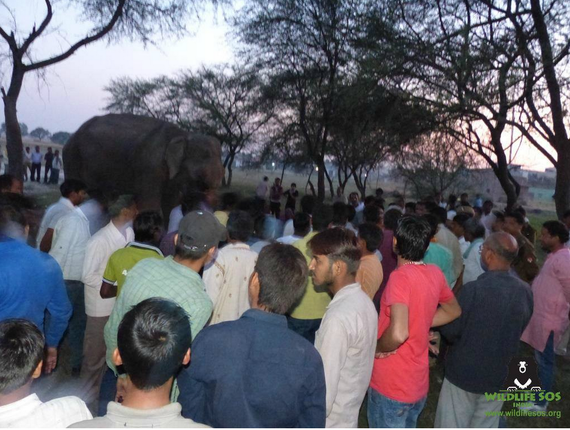 That chance came earlier this year, when Mohan finally resurfaced. We sent a team and our new elephant transport vehicle in to rescue him, but were met with an angry mob, 300 persons strong. Tensions escalated quickly, and the police told us the operation was just too risky. So we backed off, intending to wait until things calmed down and then try again.

But once again, bad luck seemed to follow this poor elephant. Despite having already lost Mohan through the courts, his former owner filed for a revision, hoping to regain custody. 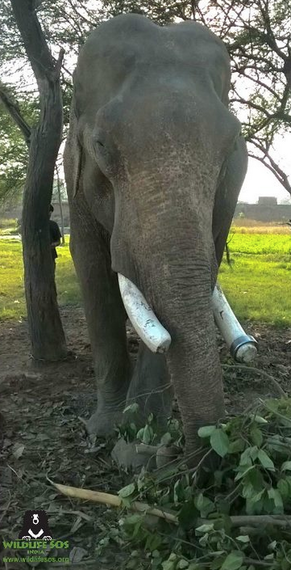 And so we waited for Mohan's day in court.

But the lawyers went on strike.

And then the judge ordered another veterinary examination.

A lawyer had an accident.

And all this time, poor Mohan has been suffering, and the world has been watching. More than 200,000 people have so far signed a petition requesting the judge let him be rescued. Yet still Mohan waits. And so do we.

We are optimistic that one day very soon his luck will change, and that we will be able to give him a future filled with long, leisurely walks, nutritious food, good veterinary care, and loving companionship. He deserves nothing less.