Bizarre pre-game idiosyncrasies have propelled some of the world's greatest athletes to big wins and even to championships -- that, or their freakish talents, hard work, superb teammates and masterful coaching get the credit. But definitely one of the two. During Episode 3 of HuffPost Black Voices' sports video series, "Out Of Bounds," Holly Robinson Peete, LaLa Vazquez, Jennifer Sterger and designer and broadcast journalist Tracy Mourning discuss the curious superstitions that have left fans scratching their heads.

Though the celebrity panel admitted that most superstitions are all in the athletes' minds, they also revealed other interesting rituals, like retired NHL player Bruce Gardiner dipping his hockey stick in the toilet prior to each game, former Major League Baseball player Moises Alou urinating on his hands throughout his playing years to avoid calluses, and Mark McGwire having worn the same athletic cup since high school.

In recent years Jessica Simpson took the blame supposedly for jinxing then-boyfriend and Dallas Cowboys quarterback Tony Romo when his team lost a 2007 football game against the Philadelphia Eagles. As the wife of Carmelo Anthony, Vazquez also experienced some flak when she attended a New York Knicks game.

"I think all of us have a little bit of that in us, because the Knicks were recently on a five- or six-game winning streak and then I went to the game and they lost," she explained. "And of course, it's not me, but in my mind I was like, 'Hmmm, damn! They lost a game that I came to?' It was just that one minute and then I was over it, but you just think it for a second."

Check out more of the "Out Of Bounds" discussion in the exclusive clip above.

PHOTOS: The Best And Worst In Sports Fashion 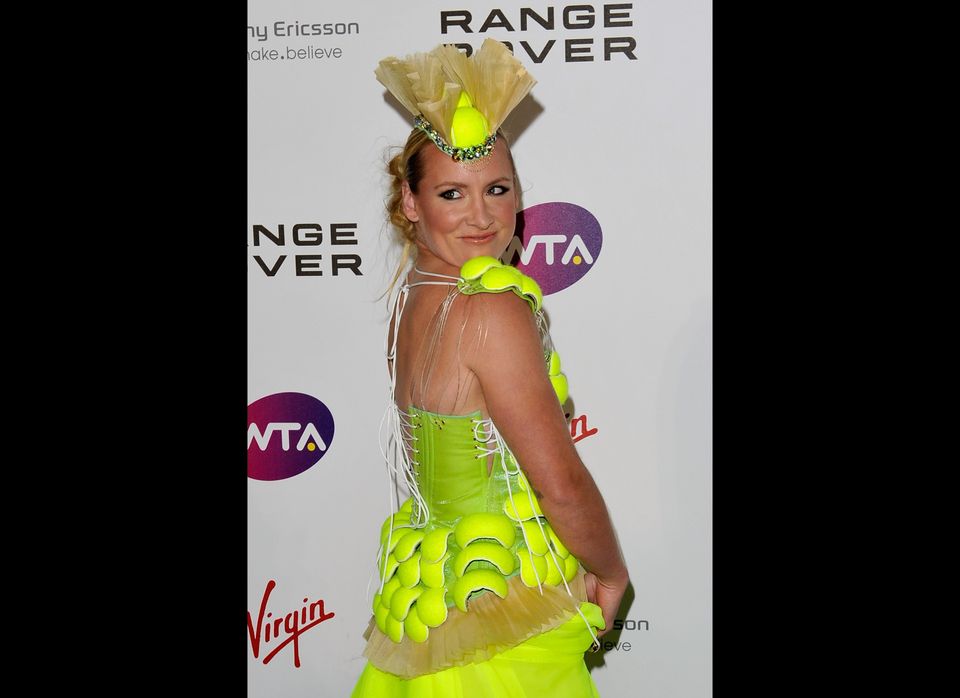