A man who went missing after Thursday’s explosion in Manhattan’s East Village was working as a busboy to save up enough money to live comfortably in his home country of Guatemala.

Moises Locon was employed by the restaurant Sushi Park, where he worked twelve-hour shifts six days a week. “He felt tired and wanted to rest, but he needed more money to be well in Guatemala,” his brother, Zacarias Locon, told the Wall Street Journal. He also said his brother wished to work as a teacher when he returned.

Many media outlets state that Locon’s age is 27, though a missing person flyer by the NYPD cites his age as 26. 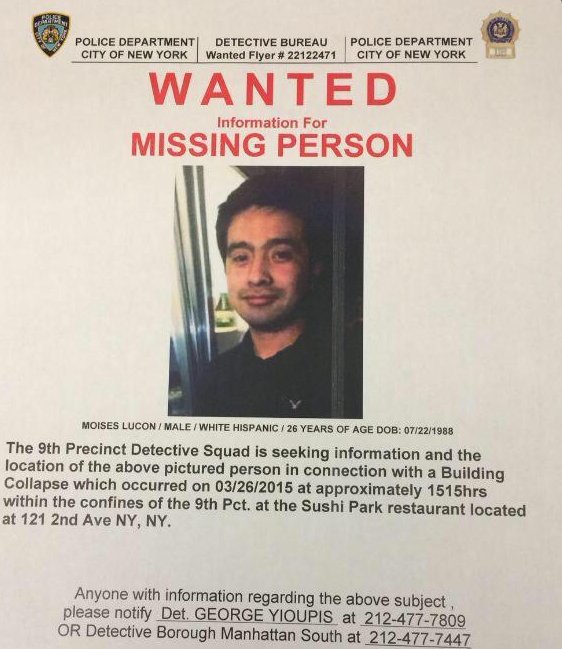 Locon is one of two men left unaccounted for after an explosion and massive fire that originated in the building where Sushi Park was located. The other missing man, 23-year-old Nicholas Figueroa, was on a date at the restaurant when the blast from the basement shook the structure.

The inferno caused three buildings to collapse and severely damaged a fourth, leaving dozens of people without homes. Twenty-two people were injured, four of whom were taken to hospitals in critical condition.

Locon has lived in New York City for seven years, according to the New York Times. His cousin and roommate, Pablo Yac, told the Times that Locon was planning on returning to Guatemala to be with his girlfriend this year.

“I have a pain in my heart — for him and for the other families who don’t know where their loved ones are,” Yac told the Times.

Hyeonil Kim, 59, the owner of Sushi Park, called Locon a “friend” in a tear-filled interview with the Times.

Joseph Esposito, Office of Emergency Management Chief, told the New York Daily News he “would doubt very seriously” that either Locon or Figueroa will be found alive. The NYPD was using cadaver dogs to search the wreckage on Friday.

Though the official cause of the blast has not been determined, evidence suggests it was a gas leak, Mayor Bill de Blasio said at a press conference.

Moises Locon, Missing After East Village Explosion, Was Saving Up To Return To Home Country
Fire at 2nd Avenue and 7th Street 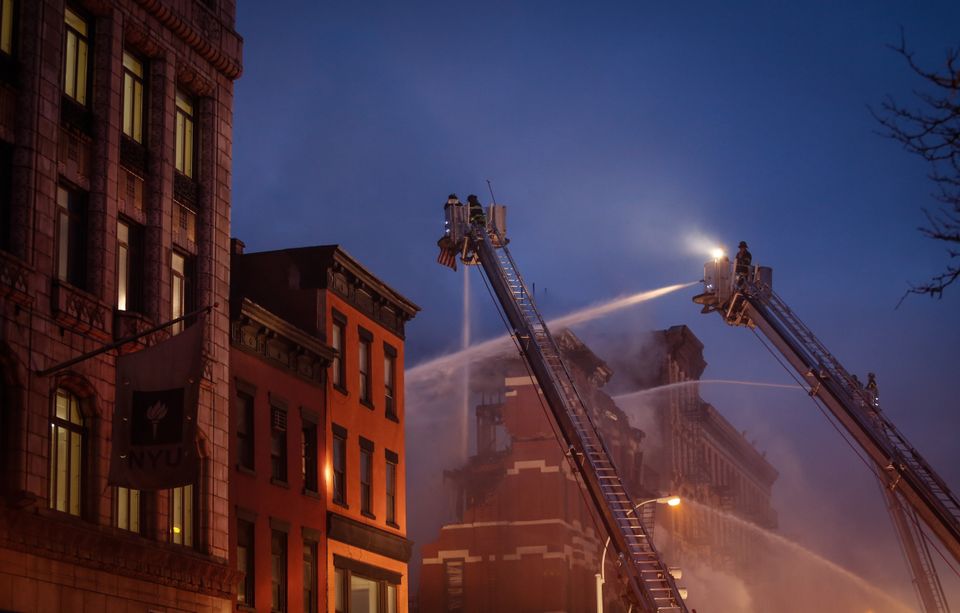