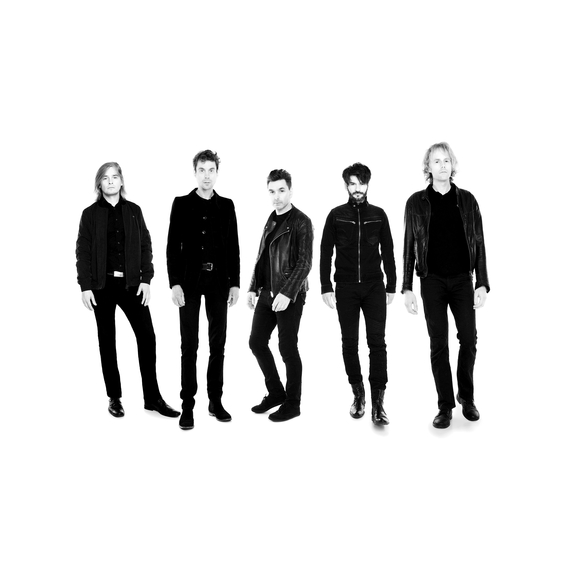 It was abysmally cold as I walked up to Keen's Chophouse on 36th St. I don't think I've been to a steakhouse in New York before this night, and certainly hadn't been to one as swanky as this one immediately struck me. In the windows facing the street were stately images of Presidents, and other important figures, each accompanied by an antique, wooden pipe; the black awning above the front door brandished the establishment's name in a manner reminiscent of the roaring 20's. I'd been invited to accompany a fellow writer, Chaker Khazaal, to interview Amsterdam-based alternative rock band Moke.

Chaker pulled up in his uber, and we shared a few words before entering the restaurant. The ceilings were low, and the lighting was dim; a seemingly endless supply of carved wooden pipes, blackened with age hung from the ceiling. Near the hostess stand, I noticed a large glass case with a number of pipes in it, instantly recognizable names on placards next to each: Babe Ruth, Herbert Hoover, Gen. Douglas McCarthur. This place had history.

We met up with Felix, Eddy, and Robin at the bar while we waited for our table to be ready. After some brief introductions and some laughs, a hostess came and brought us into the dining room to our table. Chaker wasted no time cutting to the chase, he pulled out his phone and began recording. The questions began with the typical, who is Moke, where did you start, and what kind of music do you play? Felix, Eddy, and Robin took turns answering; they play vocals and guitar, keyboard, and guitar (respectively), they began making music in 2007, and would be what's considered alternative pop-rock here in America. 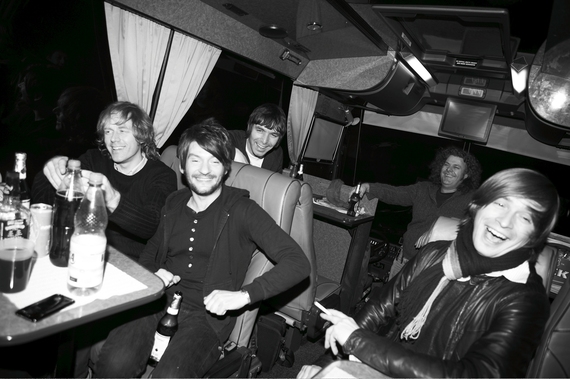 The group had known each other some time, but it was more on a whim that they started Moke. "It was just a telephone call, looking for people to do some stuff in the studio. I called them up and they said 'yeah, let's see how things go," said Felix "It was that simple." They've had some success touring around Europe for the past couple of years, but it's the release of their most recent album The Time Has Come that's brought their attention to the United States. Eddy explained that Pias records decided it was time to look to the West. "The record label over here, they really liked it, and wanted to release it here [in the United States] as well."

When asked about the significance of releasing an album in the United States, they spoke about how the market here is so desirable for european artists, that eventually it's always the end goal for bands abroad. "The US is the biggest market in the world, everyone knows that. It's been like that since the British Invasion in the 60's. Playing in a band, you dream about doing really well in your own country, but the next step is always trying to get to the US," noted Felix. "It's actually quite a rare thing for a dutch band to have their record released in America, so that's quite an important thing for us," added Robin. 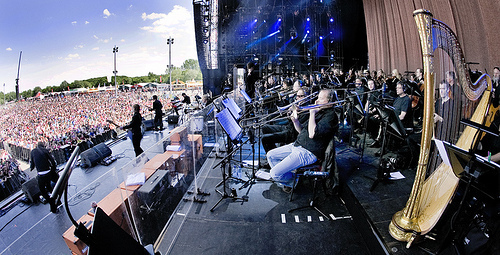 Commenting on their history, they've developed quite the portfolio abroad. Playing prominent festivals (Paradiso, PinkPop, Lowlands), and opening for a wide variety of established artists, as well as headlining tours in their own right, they've earned their stripes, and an exceptional level of success. The United States is just their next step.

Since their first album Shorland released in 2007, Moke has always carried a somewhat politically charged atmosphere to their music, and The Time Has Come is no exception. There's a hopeful and empathetic air about the album that reflects the tumultuous times that Europe is experiencing with the refugee crisis, a subject Felix admits was a heavy influence on this album. "We would write about what was happening in Europe at the time of recording, which was the influx of refugees coming west. It's in the news, all the time, so obviously it affects us as human beings.

Ever the political representative, Chaker had to prod this one further, asking Felix how he was personally affected by the refugee situation. "I can understand the fear in people's eyes, the children," he responded, "when you see those children and what it's like." Felix then goes on to describe how specifically on the album, "Stand My Ground" touches on this issue. The track itself is a stirring but uplifting song that roars to life early on. Building on a great crescendo from the opening strums of the guitar, the chorus echoing the lines "I'm wide awake, I been lost then found. As bridges burn, I'll stand my ground!" 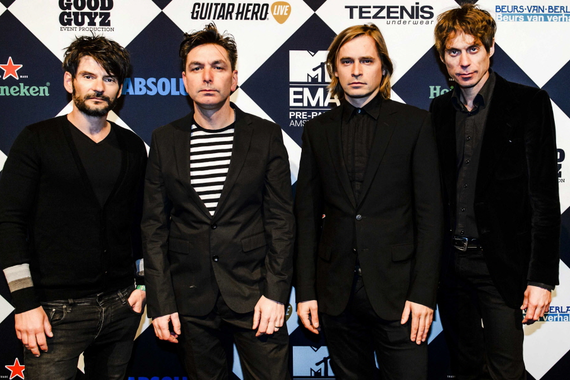 Felix discusses the sentiment of this song: "It means you shouldn't be afraid of change. You should embrace it, and not be afraid to make difficult decision. We're telling ourselves, this is what we're seeing. It was something that was constantly on the news at the time we were writing the stuff for the album, so we were always talking about it." Eddy adds, "you see the natives getting frightened of things they don't know. Fear is like the worst way to live your life by, and you see that a lot. People are afraid of losing jobs, and the people coming in; they're all afraid of their own back-yard. That can be really sad, because I think you should be open minded and should be placing yourself in their [the refugees] position."

There seem to be plenty of other references on the album, there's the melancholy "Ballad of a Lost Soul" that follows "Stand My Ground" immediately on the tracklist. It screams of wandering and introspective uncertainty, that feels like a questioning of one's belonging and place in the world. The lyrics "for when you kiss the morning, I'll be heading down the coast. To the backstreets where I started, I've a dealings with a ghost. And I've looked for love between us, even though it's turning cold. Look away, look away, look away." Based on the conversation, and the title of the song, it almost feels like an internal conflict of self-evolution. That despite where you began your journey, there's an ability in one's life to mature, and gain a level of empathy; or at least attempt to.

The album itself, as a whole, is fantastically orchestrated. Each nuanced tone, note, and chord, is deliberately placed, and creates a full bodied experience. There's hints of American alternative rock thrown about, specifically a Guster-like feeling on the heavenly-keyed "All That I Wanted," that is acoustic-with-a-touch-of-80's-synth. The heavy, bass-driven, "Slip Away" has hints of mid-oughts U2 with just a touch of modernism.

The rest of the night was spent with maybe a couple too many pilsners, countless laughs, and phenomenal conversation. The gentlemen of Moke were excited to be moving toward their United States release, and I was glad to have been included on this night with them. We ended our time together with talk of guitarists, personal preferences in regards to musical effects, and some whiskey, neat. I'm excited to see what Moke has in store for their inevitable North American touring, and can't wait to see what the aspects of their live show include.

The group recently released their video for "Stand My Ground, and The Time Has Come will be released in the United States on May 13th via PIAS Recordings.