Her canvases tackle global turmoil in 2011, including the rise of Occupy Wall Street, Anonymous hackers, the health insurance crisis, the Tunisian Revolution, protests in Greece, and the Spanish M15 movement.

While "Shell Game" bursts with depictions of corruption and violence, for Crabapple, the past few years have been a mix of birth amid destruction. "Yes, it was awful, but it was also magic, she told Wired in an interview. "It was the magic of people speaking to each other, waking up, helping each other. For every person beaten up, everyone arrested, it was also a year of fierce aliveness." 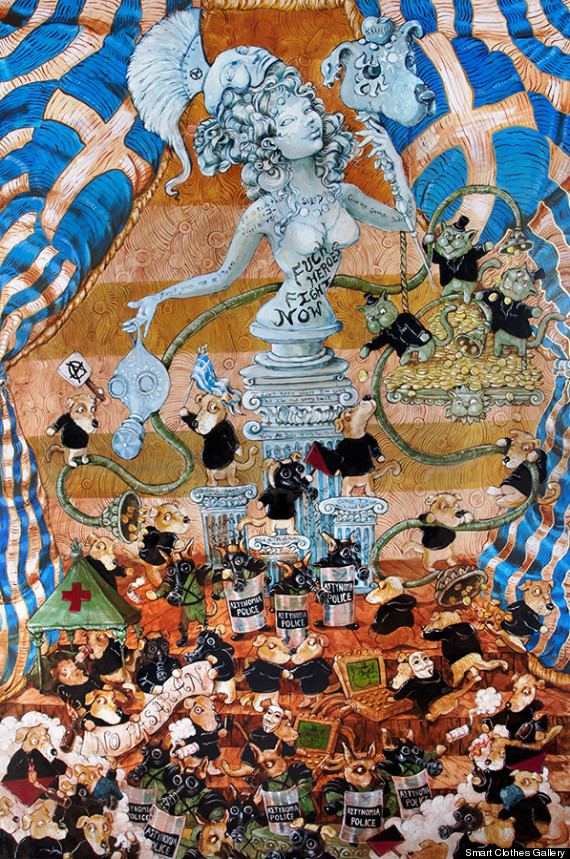 As Occupy Wall Street unfolded right outside her window, Crabapple sketched posters for the movement in real time. "Shell Game" began as a Kickstarter project. It's worth noting that her paintings about the power of a united crowd would not have been possible without crowdsourcing.

"Shell Game" will be on view April 14 - 23 at Smart Clothes Gallery in New York.