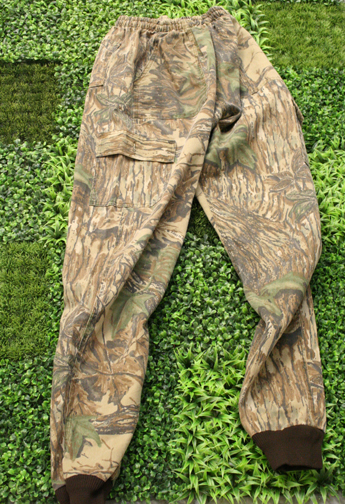 Molly Jo Shea is an artist with a highly developed sense of humor which is clearly at play in her work. Her art straddles the boundary between satire and an admiring embrace of those things she may or may not be critiquing and invites the viewer to laugh affectionately and be disgusted right along with her. She and I met while working at LACMA in the James Turrell retrospective where we operate one of the installations. While passing time at "the cell," we end up chatting quite a bit. Topics tend to revolve around security guards, museum visitors and food trucks, so I was eager for a chance to talk more about her work. Recently I visited her studio inside RAID Projects (which also doubles as a performance space she calls Dutch Door) and got to talk more in depth with her about her work and process as she prepared for her solo show, now on display at WEEKEND.

Molly Jo Shea: Right now I'm preparing for my first solo show in Los Angeles. And first solo show ever, now that I think about it. It's called Please Release Me and will be at Weekend Gallery in October. Basically all of the work that I've compiled for the show has been based off of research on trappers and a lot of masculine endeavors that relate to trapping. So setting traps, going to Marine Night at the Adventurers Club, researching pick-up artists -- it's all been a very manly couple of months for me! (laughs)

VB: Do you think your work needs to be more masculine?

MS: You know, I think it's funny, because my work has mostly been kind of mystical and fun; I haven't' ever been told my work needs to be more masculine or feminine. But now that I've gone off in this masculine route, I've found myself actually being more involved in feminist art making and researching ventures. I don't know why that really happened, it might be sort of to balance the masculinity, but I think what it is is that these hyper-masculine aesthetics actually just really appeal to me. Like, I'm really into wood paneling and lounge bachelor pads, and I think part of me is actually jealous that I can't seduce men using masculine ventures. So (laughing) it's turned into my art practice! 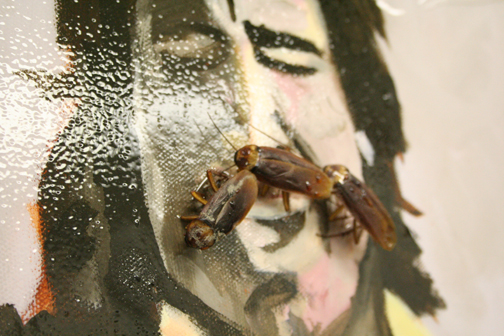 MS: ...because you know, as a woman I feel like I can't light a bunch of candles and play a creepy Barry White record and wear a velvet robe. I mean, it might work for the right kind of guy. Maybe that's the issue, just not the right bait. But yeah, basically I've always been drawn to this '70s sleaze, and, for some reason, hunting stuff has come into my aesthetic range. I don't really get it.

VB: You work in a lot of mediums -- you do performance, installation, sculpture, painting -- and you pull from a lot of difference cultural references and situations. Could you talk about moving around between these things and whether or not you see yourself exploring them for an extended period?

MS: I'm not really sure, I feel like these subjects that I kind of bounce off of -- I need to be learning how to do something to keep my interest. I think that's why I refresh my topics or I try and find complex topics for me to really dig through. 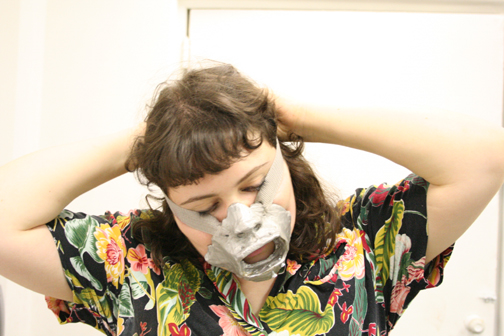 What's interesting is that even though I branch off in multiple directions there are things that I always do over and over again that bring my body of work back together again. There is always this deadpan humor, or a time frame in pop-culture that I get stuck in. I think I just try to keep my brain going.

VB: One of the other continuities I see in your work is this sort of putting yourself into another identity, or speaking out of the voice of somebody else. I'm curious if that's something you set out to do intentionally, or does it happen naturally?

MS: Everything I do ends up being a sort of self-portrait of myself, but maybe it's an element of my personality that's downplayed. I feel like I have a lot of conflicting opinions and viewpoints on things, and so if I'm able to portray someone who has very strong convictions that it's a little easier to figure out what I actually think about things because I'll look at it through somebody else. I don't know if that makes any sense... 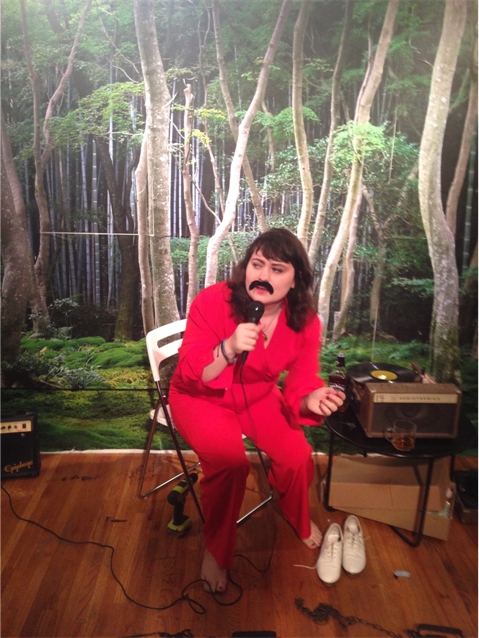 VB: Yeah, well it's also hard to tell if you're making fun of these people or criticizing them, or embracing them.

MS: I think that's a good question, because I don't even know a lot of the time. I feel like I'm never really saying, "I am being this person", it's always just like a mutated facet of myself.

VB: So what is the part of your art making process that you enjoy the most?

MS: I think what I enjoy the most, and I touched on this earlier, is learning something and being able to drop entirely into a scenario or way of thinking. Usually I like investigating a different lifestyle that I'm not really familiar with. For this body of work I went to a Marine Corp adventure night at the Los Angeles Adventurer Club which was the most amazing thing ever. I gained so much respect for stereotypical old manly men, but also such fear. So I don't really want to say anything about them because they are like my secret love... and I don't want anyone to know what actually happens there!

VB: Just out of curiosity since the type of work you do is so foreign to me as a painter -- getting up in front of people and performing -- does it feel very normal for you? Is it fun? Embarrassing? Is it ever uncomfortable?

MS: It's always terrifying, and that's probably why I like doing it. Because it's one of the few things that still freaks me the fuck out. I never trust myself with performance -- and I think that's what's good -- it keeps me on my toes. But I've gotten to a point where I'll plan for about 75-80 percent of my performance and with the rest, I'll be like you're on your own, kid!" And that part is the fun part! 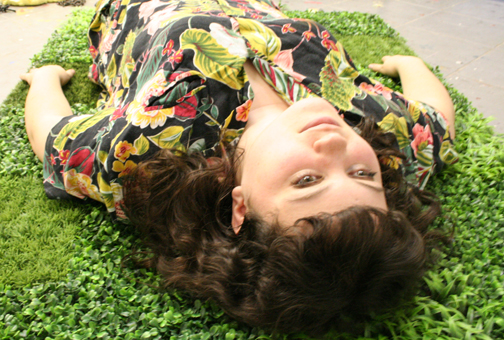 Molly Jo Shea's work can be seen at www.mollyjoshea.com and her solo show will be on display at WEEKEND from October 11th - November 3rd, 2013. Traps are involved...