If you poured molten aluminum into a watermelon, what would happen?

That’s what transpired when YouTube’s “The Backyard Scientist” attempted the unlikely experiment.

In the video above, watch as the Scientist heats up some aluminum, before pouring it into the hollowed-out fruit.

He said he expected the watermelon to explode, but something surprising occurred.

“What happened is the aluminum found little channels throughout the watermelon that connected the seed chambers to each other, and this caused this awesome casting to happen,” the YouTuber said in the clip, adding that the result was “totally unintentional.”

The watermelon experiment is reminiscent of a 2013 viral video which showed an artist creating intricate castings by pouring molten aluminum into fire ant hills.

Needless to say, we don’t recommend trying either of these red-hot experiments at home. 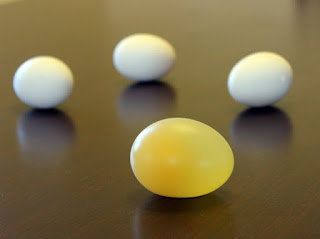