In an installment of Dear Reddit, TIFU (Today, I F&*ked Up) , a teacher describes how a mother brought cookies decorated to look like vaginas* into her second grade class and said, "I decided you can use these to teach the kids about the woman's vagina today." 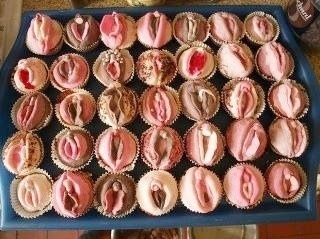 When the teacher saw the assortment of frosted vaginas and realized this was no joke, she told the mother she could not serve the cookies because they were inappropriate. The mother flew into a rage, screaming that the teacher should be proud of her vagina. The poor teacher just stood there:

Utterly bemused and frozen from shock all I can do is stand and stare at the woman as the word 'vagina' is yelled in front of my second grade class about 987,000 times.

Screaming at the teacher about vaginal pride in front of 7-year-olds wasn't enough for this mother. Later in the day, she sent these emails to the teacher: 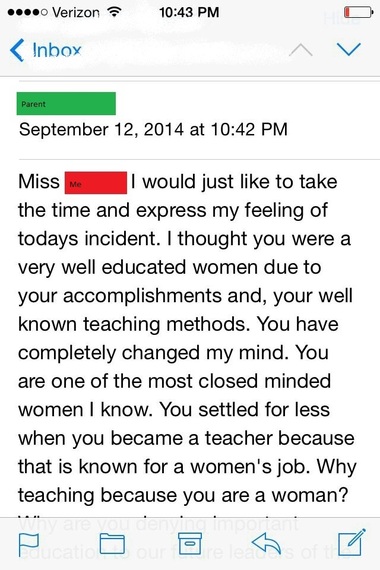 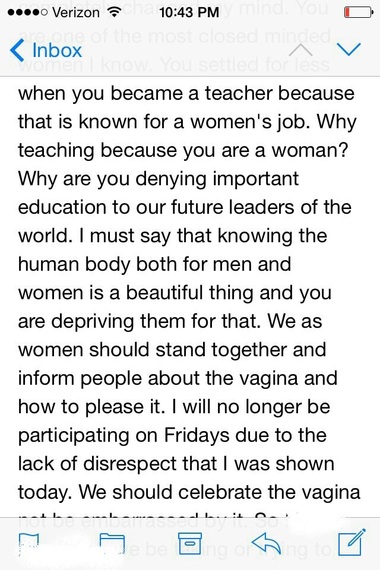 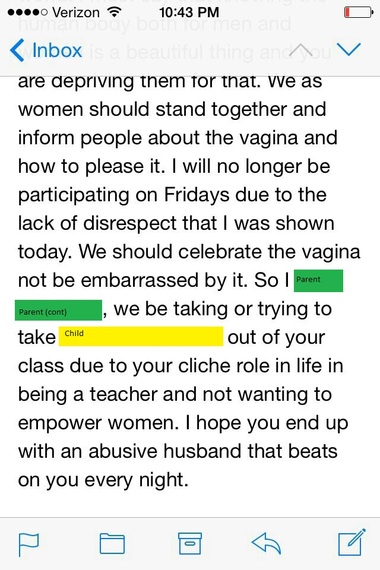 My first reaction to this story was, is this a joke? So much, so much to process...

My second reaction was that poor kid. How did the child react as his/her mom's classroom outburst unfolded? The teacher has the respect and discretion not to discuss it. So I am left to worry and wonder.

I got made fun of in second grade. But not because my mother tried to force-feed my classmates a bundt-cake uterus. I got made fun of for basic stuff, like having freckles and glasses. Today, children seem to be able to wear glasses without incident, but in the '80s, the slightest deviation from standard made you the classroom Piggy from Lord of the Flies.

Being made fun of about being a four-eyes was bad enough. So my heart broke for this child who would forever be "the kid whose mom screamed about vaginas in class." Even reading that the mother switched her child to a private school didn't make me feel better. It's only a matter of time before she brings fallopian tube swizzle straws to a class party or serves deviled egg ovary sandwiches.

I'm by no means a mental health expert, but this woman seems a wee bit unhinged. I hope her child is getting some kind of support. Somewhere. Anywhere.

This story isn't about feminine pride. It's about a parent who's knitting with one needle. I have three daughters and I hope they'll never be ashamed of their bodies and femininity. I also hope they'll never think that serving genital cakes to schoolchildren is an appropriate way to celebrate them.

And let's make one thing clear: this mother is by no means a feminist. Feminists don't celebrate vaginas by wishing domestic violence on people.

Erica Ford is the author of Scotch Tape is Cheaper Than Botox: and more not-so-helpful tips for parents, spouses and other tired people. Available for pre-order at Amazon.

More:
ChildrenParentsprideschoolsvaginas
Newsletter Sign Up
Raise the kind of person you'd like to know
Subscribe to our parenting newsletter.
Successfully Subscribed!
Realness delivered to your inbox