When mom Lin Kramer visited Party City's website to look for a Halloween costume for her 3-year-old daughter, she was very disappointed by what she found.

The "Toddler Costumes" section revealed a discrepancy between the offerings designated for boys and those for girls -- particularly in the category of career-related costumes. While there was a wide selection of empowering costumes marketed for boys, girls were left with sexualized and diminutive versions of these costumes and significantly fewer career-based options.

Unwilling to simply shop in the "boys" section or silently taking her business elsewhere, Kramer wrote an open letter to Party City.

"Please, Party City, open up your view of the world and redesign your marketing scheme to let kids be kids, without imposing on them antiquated views of gender roles," Kramer wrote in her letter, which she posted on her personal Facebook page and Party City's page on Sept. 14.

In her letter, the mom breaks down some of the differences between the "girl" and "boy" versions of certain costumes -- from the way they're labeled ("precious pirate" versus "rascal pirate") to the online descriptions ("cute cop" and "sassy and sweet" versus "realistic scaled-down police shirt" and "this protector of the peace has it all under control!") to the outfit designs themselves.

"When you look around at the police officers in your city or neighborhood, the uniforms they wear are probably substantially similar to the costumes you have elected to offer for boys," Kramer says. "However, the same cannot be said of the costume you market to girls. Generally speaking, real life uniformed female police officers do not wear short skirts and low cut shirts, but instead wear exactly the same slacks and shirts as their male counterparts."

"While Halloween costumes are undoubtedly about 'make-believe,' it is unfathomable that toddler girls and boys who might be interested in dressing up as police officers are seeking to imagine themselves in the incongruent way your business apparently imagines them. Toddler girls are not imagining and hoping that they will grow up to become a "sexy cop" -- which is clearly what your girl costume suggests; rather, young girls, just as young boys, see and admire their family members and neighbors offering service to their communities and delight in the idea of doing the same. I am absolutely appalled that your business reinterprets girls' innocent and well-intentioned dreams into this costume."

Kramer also points out that of the 53 costume options recommended for boys, 16 relate to occupations, whereas only three of the 45 recommended girl costumes are career-related. Still, the mom adds, it may have been generous to include "cowgirl" in the three given that "she is clearly not appropriately dressed to be employed on any sort of working ranch."

Toward the end of the letter, Kramer suggests that Party City simply include the toddler costumes from the boys section in the girls section as well. She also emphasizes her mission of inclusiveness.

Shortly after Kramer posted her letter to the company's Facebook page, she received a response from Party City, she told The Huffington Post. The comment stated, "Hi Lin, thank you for reaching out to us. We appreciate the insight and will consider your feedback for the future. Thank you."

Feeling that Party City's Facebook response left something to be desired, Kramer shared her letter with a local current events group she's involved with online, but after other members requested a link to her post on Party City's page, the mom saw that her letter had been deleted. Kramer says she posted her letter on the page again and found that within 20 minutes, that post had been deleted as well. She then discovered she had been blocked from commenting, sharing and writing posts on the Party City Facebook page.

"Incensed at the censorship of a perfectly civil consumer concern, many members of this small internet group began sharing the letter from my page," Kramer told HuffPost, adding that she shared her story with Women You Should Know, which led the letter to gain more traction. Within 24 hours of that article's publication, the mom regained the ability to interact with Party City's Facebook page.

Kramer is pleased that her story is reaching a wider audience. "I hope, by reading my letter, others will be encouraged to pause and critically think about what they are seeing -- and accepting -- from retailers," she said. "When there is a difference between a 'girls' item and a 'boys' item, I hope that people will think critically and ask whether there really needs to be, or should be, a difference between the two items."

A Party City spokesperson issued the following statement to The Huffington Post in response to Kramer's story:

Party City values customer feedback and appreciates our customers taking the time to share their opinion with us. Nothing we carry is meant to be offensive and we supply Halloween costumes suitable for all styles, tastes, and budgets.

We expect parents to be as involved in their children's costume selections as they are in selecting their everyday wardrobe, and we encourage parents to shop with their children. We supply the types of products that our customers, and specifically parents, demand, and the Girls Cop Costume mentioned by Ms. Lin Kramer is one of our most popular costumes.

We understand this is a sensitive issue. Party City is always evaluating how to make shopping in our stores and online a fun, welcoming experience and her feedback has been shared with the costume manufacturers and leadership teams at Party City. If Ms. Lin Kramer would like to speak directly with a Party City team member, she's welcome to contact us and we hope to connect with her soon.

The mom told HuffPost that she also hopes that Party City and other businesses will be more willing to foster open dialogue about these issues.

As for Kramer's daughter, the toddler has recently taken an interested in Mary Poppins, so her parents are acquiring materials to make a DIY costume of the classic Disney character.

As a mom, Kramer says, she felt impelled to share the letter for her daughter's sake. "For me, it's important to speak out because I want to be able to honestly tell my daughter when she's older that I tried my very best to make this world a better place for her."

H/T Women You Should Know 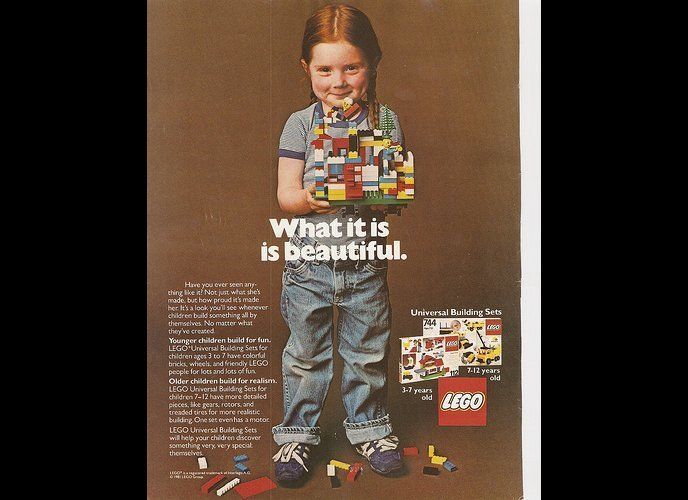