For all the Mom's who have made a difference in the lives of their children, and others, and who have passed on to another world of Grace:

I had no idea that being in the same room as someone who passes away can be a "gift." Mainly because that had never happened to me before. And if asked, I would have said, "How awful."
Yet, being with Mom for her last breath, was anything but awful...

In October 2004, my Mom, Sara Abercrombie, born July 4, 1926, was diagnosed with pancreatic cancer. A lethal disease, she learned that she was terminally ill and had only a few months to spare, if that.

I spent every day by her side until she passed away on March 18, 2005. The most vivid of those days included laughs and cries, memories and talks, singing (she sang beautifully) and stories retold.

One day, in the wee hours of the morning, and in the hospital where she sat upright in her bed at 80 small pounds in weight, she says to me, "They tell me I am going to die."

She knew I didn't like the word "die." Don't know why, but never did.

I thought to myself, "She's testing me to see what I am going to say, and whether I know she is going to die."

"Well then, what are you going to call it?" she asked. Such a pure, practical question it was.

(Later, upon reflection, I was so glad "New Life" popped out; while it was an automatic response, it seemed natural and true. Something, I thought later, could possibly have been the Holy Spirit putting those words in my mouth).

She passed away about a week after she had had a small anxiety attack, probably due to some of the meds she was on, saying "I think I'm going to die, I think I'm going to die." (It was the only anxiety she showed at all, and it happened only once), and my brother said then, "No you're not dying right now because you aren't at peace."

Knowing this, and once she had lost almost all her energy and drive, I put my head on her chest and whispered in the dark of the night, "Mom, you are a wonderful person. We all love you so much. And we will be okay. We will be okay."

When I say it is a "gift" being with someone who dies in your arms... I could feel the Angels in the room!

I could feel God's presence and I knew, without a doubt, her spirit was fine.

I felt an everlasting love that enveloped the entire room, and her.

The nurse came in and said, "She has passed," after taking her vital signs. I sat very still and calm. The nurse then said, "It's never the body and the mind that go at the same time, it's usually one or the other." "In your Mom's case," she said, "it was the body first."

I took that to mean that you don't die of a lost mind and a lost body at the same time, but either a lost mind first, or a lost body first. I had never thought of that before, and didn't question or discuss its accuracy.

I only knew that dear sweet Mom was at peace.

I have heard that many people experience many things when someone with them dies, or they are with a loved one at that time. For me, it was a definite Spiritual experience, and one that I think about on the eve of Mothers Day. I know that her body went away, but her love is here to stay.

I Love You, sweet Mom. May your spirit live forevermore, and may God bless you always. 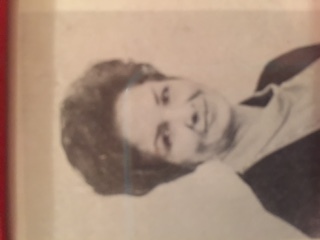