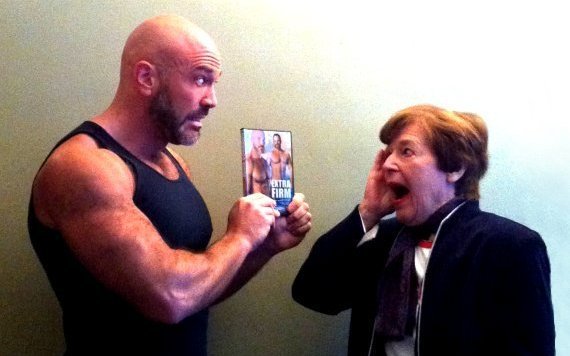 I'm the only child of a single parent. Mom calls me her "angel-lamb," and I think she still sees me as the innocent boy I once was. As a gay man growing up in the 80s and 90s, though, I've experienced plenty of guilt, self-loathing, and shame. Not wanting my mom to see me as anything less than perfect, I've always hidden those feelings from her, hoping to stay impossibly angelic in her eyes.

My employer and friends were all accepting (and even enthusiastic) when I came out to them about my new side-job. I decided, though, that I would wait until I retired from the industry to tell my mom that I'd been making adult films... if I ever told her at all. My rationale at the time was that I didn't want her to worry about my health (despite my studio's strict adherence to safe sex practices), but in retrospect I realize that was just an excuse. My real fear was how she'd react if she found out that her angel-lamb is actually a gay porn star. Would she be disappointed in me? Would she be ashamed?

Well, she did find out. And her response was amazing.

It was a grey and rainy October afternoon. I was driving through my mom's neighborhood and stopped by her house to take a nap. She wasn't home. After a short snooze, I realized I needed to check something online. I went into her study, turned on her computer, and to my utter horror was greeted by a browser window that was open to a very familiar website: my blog. My very NSFW blog.

I was scared, but knew I had to talk to her. Dirk and I arranged to have dinner with her a few days later. Pork loin, edamame, sweet potato soup. Delicious, in a way that only a mother's cooking can be. When we finished, I glanced at Dirk. He nodded encouragingly. I felt like the walls were about to start crumbling again, but I started in. "Mom, there's something I want to talk to you about. I stopped by the house a few days ago and used your computer, and it was open to..."

Her next words flooded me with relief.

"I'm so happy we're talking about this."

She'd known the whole time. Our bank accounts are linked because we co-own some property; several months earlier she'd noticed a deposit from a source she didn't recognize -- my studio -- and traced it back to their website. At the time, Dirk and I had just released a bondage film called Loud and Nasty, and our images were plastered all over the studio's homepage. With video! And in this particular video, Dirk shocks me with a violet wand. Mom said that it looked like I was being tortured, and she felt like a part of her had died. 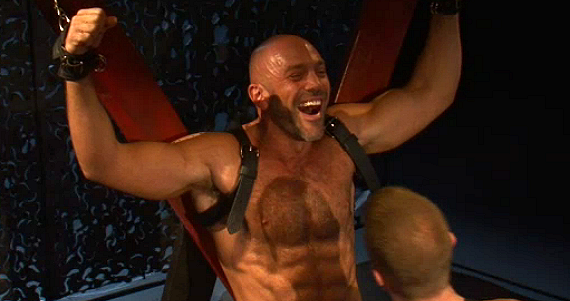 Dirk and I couldn't help but laugh. Granted, it does look like I'm being tortured: I'm restrained, struggling, and doing a lot of screaming. But we explained to her that everything we did was consensual, exciting, and a tremendous amount of fun. Boundaries were respected, and nobody got hurt. She still seemed skeptical, so we showed her this picture; it's one of the outtakes from our "torture" scene: 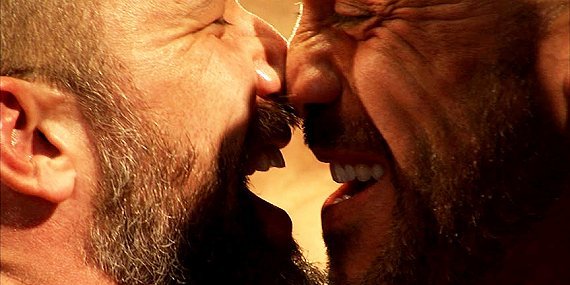 When she saw the image, she understood. We were in love. Nothing else mattered.

Happy Mother's Day, Mom. Thanks for being so amazing. 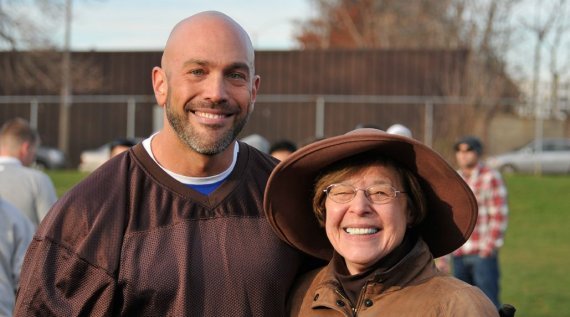