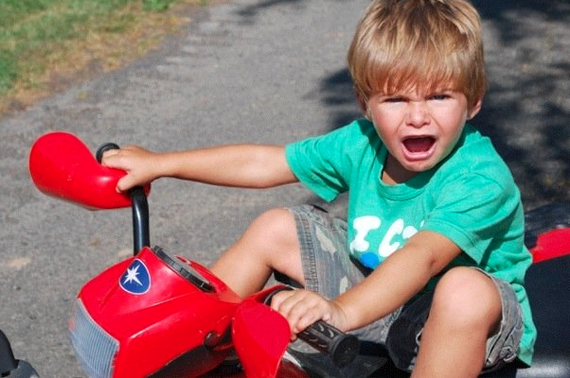 Last week, I scrolled through Instagram and saw three pictures of toddlers having meltdowns. What seemed like a live-action illustration of the so-called terrible twos was an activist movement that filled my feed with screaming fits and hilariously pouty faces. These tiny-tantrum-throwers and their photo-savvy parents weren't documenting cries -- but issuing hysterical, make-you-look-twice battle cries via the hashtag #ToddlersWithACause.

Turns out, #ToddlersWithACause is a social media initiative dreamed up by Maya Thompson, founder of nonprofit The Ronan Thompson Foundation, which is devoted to finding a cure for neuroblastoma. After losing her son Ronan to the disease in 2011, Thompson has spent her time creating ways to fundraise and bring awareness to childhood cancer... including snapping a photo of her daughter, Poppy, having a meltdown at her second birthday party. In one picture with one particularly clever hashtag, #ToddlersWithACause was born: "It seemed like a great way to take a serious matter and turn it into something where parents could actively get involved and put all those great pictures of their kids having meltdowns to good use," she said.

One of the most genius things about #ToddlersWithACause is that it makes it possible for everyone to do good with just a few clicks and filters, and brings wit and fun to an issue so dark, people turn their heads just a little too often. That was on Thompson's mind, too: "I understand it is a heavy subject -- often times it is easier just to look the other way, but because of this, kids are dying. We have to pay attention to this crisis and we have to get involved in order to help the forty-six kids who are diagnosed every day, and the seven of them who will die every day."

Seems like a good reason to dig out your best embarrassing, sobbing baby picture for Throwback Thursday, doesn't it? (I did.) 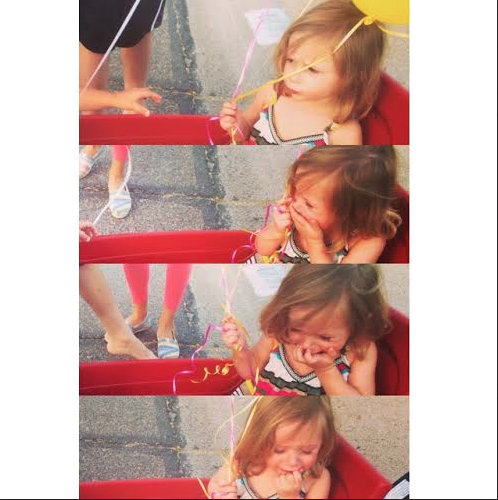 As I spent time cracking up scrolling through the hashtagged posts, I got to thinking about our social media-obsessed culture... maybe we're a little too me-skewed. Maybe our selfies are too selfish, no one really cares what we ate for lunch and we use "I" too many times in our tweets. But social media users -- like the hundreds who have taken #ToddlersWithACause and run with it -- seem to be proof that we want to connect. We want to use our voices through whatever medium we can. We want to do good and feel good.

So, RTF is onto something here -- a band of baby activists and their compassionate moms and dads are turning to their smartphones to bring attention to the kids who need it most. From parents, grandparents, aunts, uncles and babysitters uploading their favorite fit-throwing snaps to people Instagramming their own baby pictures, #ToddlersWithACause shows you don't have to be big to make a massive difference: "It is never too early to become an activist in life for something as important as childhood cancer," notes Thompson, who says that as a mother, she sees no greater cause to fight for than the lives of children.

Basically, our selfies may not need attention, but childhood cancer sure does. A quick Google search will tell you that pediatric cancer is grossly underfunded, which is only amplified by the lack of awareness surrounding it. Though there's no denying that #ToddlersWithACause is fun and funny (not to mention addictive to follow), what these simple Instagram posts can do is huge: They can raise awareness, which, in turn, creates more funding opportunities, and the chance for less toxic treatments.

Believing nobody is too young to change the world and slay our metaphorical dragons, Thompson says her daughter "will grow up knowing that if she chooses, she can help to be a voice and fight for her brother and all the other kids out there who so desperately need passionate people in their corner."

Just like 2-year-old Poppy, we can choose it, too. We don't want a world where kids get cancer. And if an Instagram can help change at least a tiny part of that, let's let our filters change the world.