When photographer Anna Angenend's friends were preparing to send their preschool-aged kids to school in August 2014, she was gearing up for another year of messy adventures at home with her toddler daughter Mia, who wasn't old enough for preschool yet.

"Rather than being emotional about sending my daughter off to class, I was staying up late planning activities that take 20 minutes for me to set up, five minutes for my daughter to finish, then another 20 minutes for me to clean up," she told The Huffington Post. To capture this contrast between Angenend's experience as a stay-at-home parent with a toddler and her friends' back-to-school emotions, she took a photo of herself and Mia undertaking one of their many chaotic activities. 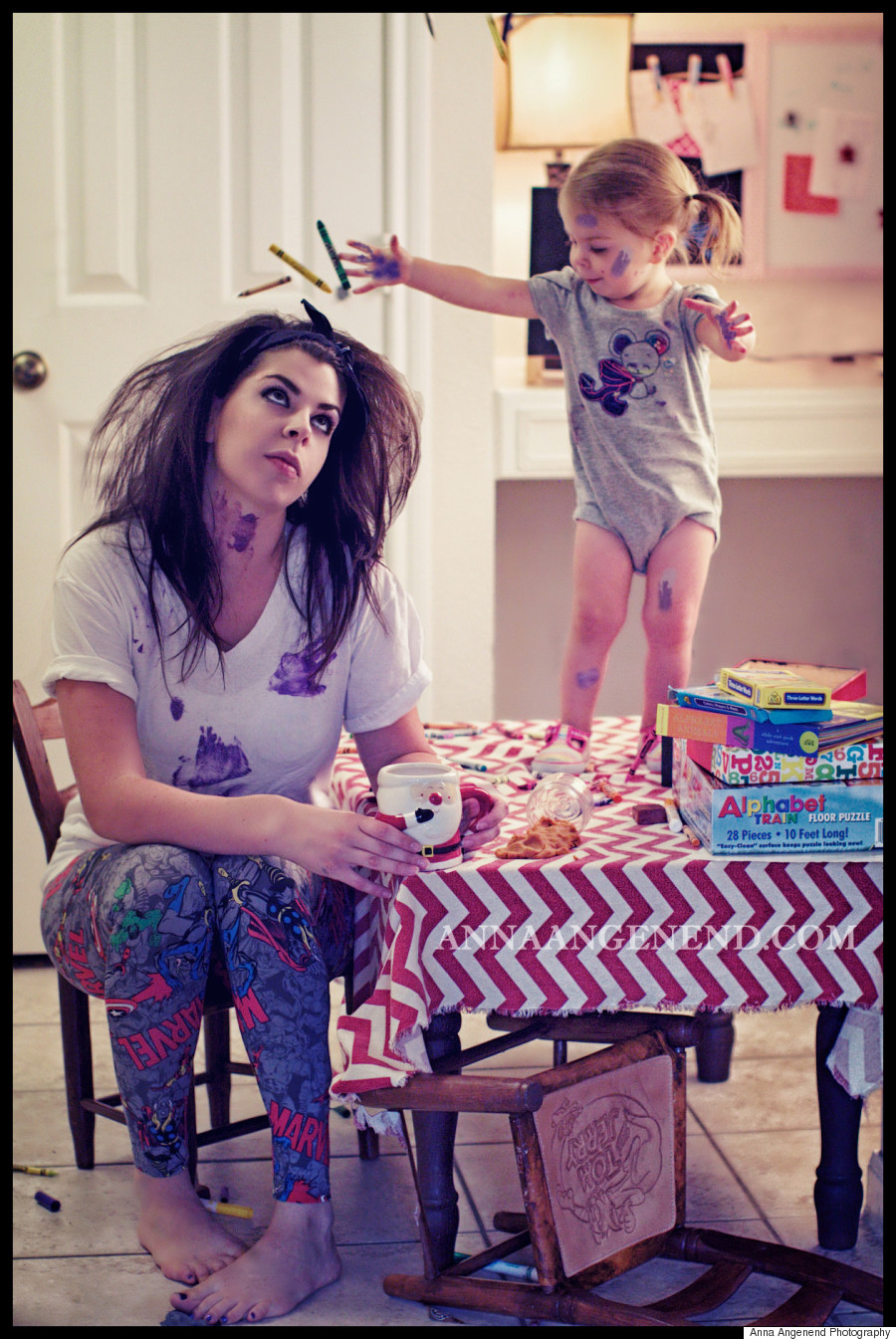 That photo -- which the photographer named "Back to School" -- became the first in a series she calls "Mom Life." From piles of laundry to sleepless nights to failed attempts at exercising, "Mom Life" showcases the less glamorous parenting moments that moms and dads know all too well.

"The series has become a way for me to laugh at and treasure all the less-than-perfect and messy moments. It won't be long at all before my house is no longer covered in sticky fingerprints, and that's going to make me really sad."

Angenend and her daughter take a new photo for the series about once a month. Mia loves being part of the series and often tries to take control of the camera, the photographer said. "I guess the apple doesn't fall far from the tree."

Since sharing the photos, Angenend says clients have asked her to shoot similar photos of their families. "I'd like to think this is a revolution of sorts for family portraits," she said.

The mom added that other parents and photographers "from all over the world" have reached out to let her know how much they enjoyed the photos. "I'm blown away that parents in such a wide variety of cultures can relate to these scenarios. Turns out, we all have 'those' days. I hope the series continues to put a smile on some tired parents faces, and remind them they're not alone."