A Massachusetts woman who was prepared to plead guilty to raping her daughter's 14-year-old boyfriend has now been charged with raping his identical twin as well.

A lawyer for Heather Salines, 39, told The Huffington Post that his client was going to admit to the initial charges last Friday. Police reports describe the teen from the first case as Salines' daughter's "off-and-on" boyfriend, according to the Boston Herald.

But instead, Salines was arraigned in Salem Superior Court Monday on new charges brought by Prosecutor Kate MacDougall, who alleged that a month before the mom raped her daughter's boyfriend in February 2014, she raped his identical twin.

"My client completely denies that anything happened with this other person," said William Korman, Salines' attorney. "We don’t know where these allegations come from." 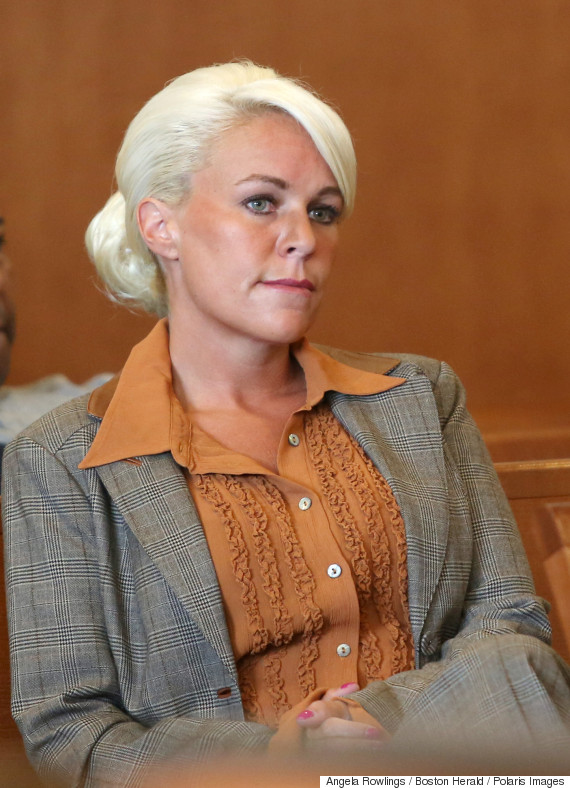 Heather Salines appears for her arraignment at Essex Superior Court. Salines, 39, plans to plead guilty to raping her daughter's 15-year-old "off-and-on" boyfriend have been derailed by the emergence of a second, alleged victim: the boy's identical twin brother.

Korman said he was made aware of the new allegations just 10 days before Salines was scheduled to plead guilty.

"My client was prepared to move on with her life, serve her sentence and be done with it, and now this other situation has popped up," Korman said. "There’s no evidence I'm aware of other than this kid saying it happened."

Carrie Kimball Monahan, a spokeswoman for the Essex District Attorney's Office, said the evidence used to secure an indictment in the second case would be presented to a jury at trial.

"A grand jury issued an indictment based upon evidence that we presented to them," she said. "I can't explain to you what that evidence was because it was introduced at a grand jury, which is a secret preceding. But that is the evidence that will be presented at trial before a jury."

In the initial case, prosecutors allege that Salines raped the teen once in her car and once at a Doubletree Hotel, according to a news release from the district attorney's office. She is also accused of sending him naked pictures of herself.

Salines allegedly raped the teen's twin at her home and sent him naked pictures of herself as well, the release said.

On April 1, 2014, Salines was arraigned for six counts of aggravated rape of a child, child enticement and dissemination of obscene matter to a child.

The new charges against Salines include aggravated rape of a child, indecent assault and battery on a person 14 or over, child enticement and dissemination of obscene matter to a child.