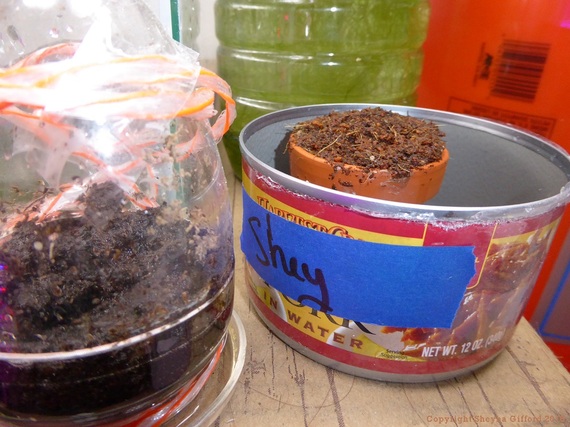 Dirt is awesome. Hurting people is not awesome. Let's help each other through this.

Wednesday night over dinner we argued about soil. Not argued so much as batted ideas around the way that scientists sometimes do. "That's not soil -- that's bedrock." One of us will say, "Even ground-up, it's not soil unless it can act as a nutrient source." Someone else will say, "Is the sea floor soil? It provides nutrients for ocean life." "That's a sediment, not a soil, per se," a third person will add. "Soils are a subset of sediments. As is muck," will answer that question, while opening the floor to muck-raking of a whole different kind. Soil, radiation, lava flows, orbital trajectories -- it's what's for dinner conversation. Lunchtime in the cafeteria at NASA or in the break room at Space Science Labs is very much the same.

Thursday night, instead of feasting upon ideas, we asked our French crewmate, "Have you had heard from all your loved ones back home?"

"It's night time there now," he answered. "So probably in the morning." Without another word, he turned a hard gaze to the glowing face of his laptop, willing it to fork over news about the attack in Nice.

The rest of us were silent, too. What is there to say in these moments? We cleaned up from dinner and went back to work. While I wrote this, two people repaired the hab. Another toiled away at a geology task. The fourth member of the crew coaxed a computer into running software it REALLY didn't want to run. The last of my crew is hoped that the people he knows are alive and unharmed. We were all terribly, terribly sad for his country and for the planet we call home.

One of the many great things about space is that taking life for granted becomes blessedly difficult. Every breath you take here is precious. Every morsel of food you get to consume is precious. Every person on your crew is precious whether or not you happen to like them in that moment or in general, because we all depend on each other to make it through this. The same is true on Earth. Only on Earth, our interdependence is obscenely easy to dismiss; to deny; to disregard to the point where revoking the right of other humans to breathe and eat and be there for those who depend upon them becomes a valid option. That is something we can't be silent about, now or ever. So what do we say?

We could start with something like: Hurting people is not, has not ever been, and will never be acceptable.

It's true, at least in principle. In practice, people get hurt accidentally. When that happens, we need to forgive ourselves and each other. So we specify:

Hurting people on purpose is not, has not ever been, and will never be acceptable.

This states the problem. Important people repeating this phrase over mass media would be a great step in getting all of society on the same page. We need to hear these words from our leaders and we need to say them to our kids, or co-workers, and our leaders: hurting people is not acceptable. We don't condone it or wish to live in a world where injuring others is a way of life. Let's say it out-loud and often: hurting people is not acceptable. It may dent the ratings of our more lurid reality TV shows, but let's face it, that's a good thing.

Even saying, "Hurting people is not acceptable," to myself while alone on the ground floor of a dome on simulated Mars makes me feel better -- stronger and more capable of taking positive action towards a resolution of the problem. Speaking of which: how do we resolve this problem?

A million specific things would help avoid situations like this: providing more resources to mental health; reducing poverty; increasing in regional stability; strong, non-radical leadership, and so on. Most of these are, if not complicated, hard to come by. The attainable, more general thing that we can all do is help each other through this. By this, I mean everything. Life. The old man struggling to get his groceries home in 100-degree heat or 2-foot snowbanks. Help him through this. The neighbors setting up for a party that will probably keep you awake until 2 AM. Want the social capital to ask them to turn it down? Help them set it up and you'll be that much closer. When I lived in South Central LA, I brought the nice Mexican family across the street some beer and never had to ask twice. The person stranded on the side of the road? Help her or him through this.

Is there a chance that any of these things could go horribly wrong? Sure there is. On the other hand, we don't want to live in a world where we don't help each other through this, so we have to try. It needn't be something against your nature. Whatever your nature is, whoever you are, you struggle with life. If you look around for others who are similarly struggling, you will see them. Help them through this. At least make the offer. Do it for yourself as much as for them and for everyone else on the planet. Help us through this.

I'm going to have to keep saying this, because the silence is killing me. It's killing us. In space, no one can hear you scream, or type. Fortunately, through the wonders of the Deep Space Network, people can be read and heard no matter where they are in the solar system. So let's hear it. Let's say it. What don't we do? Hurt people. What do we do? Help each other through this. Wherever we are, whatever we believe -- if we believe this, everything really will be OK.

Being human is remarkable. We have the way. All that's needed is the will. The will to help each other through this and not hurt people. How do we find the will? Someone once wrote that all things began with a word. I can get behind that. Words are all I have at the moment, anyway. Words and the will to use them over and over until we will the words into a world we want to live in -- one where hurting people is not acceptable.

So let's help each other through this thing in Nice, and whatever comes tomorrow and the day after that. Let's start our reports with, "Hurting people is not acceptable -- and now, the news." Let's talk about the terrible, unending messes as if we have the power to end them -- because we do and because anything, even fantasies of a better world, even muck, outshines silence and sorrow. 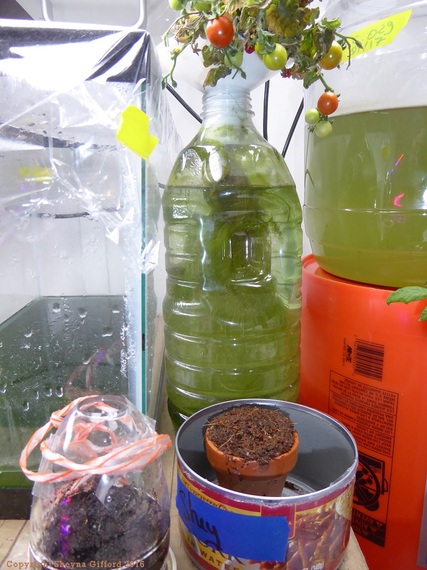 Dirt, like helping people, gives us a world worth having.