Entrepreneurship is many glorious things. It's exciting, creative, collaborative, fulfilling and freedom from a 9 to 5 desk job. On the flip side, entrepreneurship is daunting, heartbreaking, lonely, frustrating and an all-consuming commitment unlike any other, except perhaps being a parent.

I caught up with Debbie Wosskow, CEO of Love Home Swap, the largest home swapping platform in the world, to find out how she maintains her entrepreneurial mindset. Here's what she said. 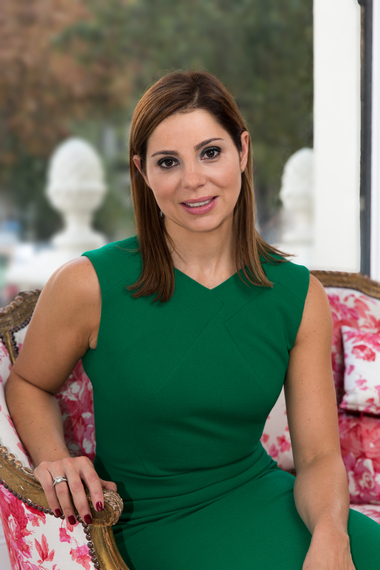 MJR: I read that one of your tips for success is getting up early and sweating every day. What other aspects of your morning regimen are key to your productivity?

DW: I have a five-year-old and a seven-year-old, and I've scaled up my business having always worked when they were tiny. Their lives have been very based around routine because it's the only way I can get everything done.

I box a lot. To me that's really important because as a woman you don't have this massive outlet for any feelings of annoyance or aggression that might you have bottled out. There's nothing like hitting a boxing pad, I tell you. And then I get into mummy mode and pack up their school bags and then go into work. Unless I'm on plane that is what I do.

MJR: So efficiency is crucial.

DW: The best piece of advice I ever got on this was from my gynecologist, who said that some people are 15 minute people. That means you need to be 15 minutes from home, 15 minutes from the office, 15 minutes from school. Don't add in unnecessary stress that you don't need to do. And the second piece of that advice is to outsource anything that's non-core, which I've really had to learn in everything I do.

MJR: What about gaining long-term momentum? How do you pick yourself up after you've faced a major roadblock or disappointment.

DW: Things go wrong every single day in life and in your business, and when you have children as well, it's a lot. So having fellow entrepreneurs that you have a connection with is important because being an entrepreneur can be very lonely, particularly if you're doing it younger in life.

I've also had to be stubborn. The advice I give young women entrepreneurs is to not listen to people who say their idea is never going to work.

When I pitched Love Home Swap five and half years ago for the first round venture capital a whole range of VCs told me no one would ever stay in someone else's home. Fast forward to now, and that has become mainstream. Not everybody sees into the future, so you've got to be stubborn and believe in yourself.

I have a quote written on my desk that I find very useful. It's from Bring Up the Bodies by Hilary Mantel.

"The things you think are the disasters in your life are not the disasters really. Almost anything can be turned around: out of every ditch, a path, if you can only see it."

MJR: Speaking of changing perspective, how if at all has Brexit impacted your business since June?

DW: I was very vocal about wanting to remain in the EU, but I think that tech entrepreneurs are keeping positive about the situation. For my business, 80% of our revenue comes from outside of the UK, so we've been the net positive beneficiaries of the current sea fluctuations that have followed June. The sharing economy has its roots in 2008 and the global recession, which is when Airbnb and others were born. When things are tight and the cost of holidaying goes up, than people definitely look for more economic ways to make the most of their asset base. So actually [Brexit] it's been very positive for the business over the last few months.

MJR: Do you have any tips specifically for entrepreneurs entering the sharing economy ecosystem?

DW: It's a great time for entrepreneurs to be developing new offerings. Love Home Swap uses Stripe as our payment gateway, and that means you're allowed to take instant payment in any currency around the world with a small deposit held.

Five years ago, Stripe didn't exist. Your payment gateway was Paypal. So as a business it was hard to get started.

The other big area for sharing economy businesses is the whole bucket of questions about trust and identity verification, and how do you know that people are who they say they are.

All of this has seen innovation in the last four years. So I would say that the building blocks are in place for sharing economy entrepreneurs with great businesses and great execution to scale up very quickly. The final point would be that the sharing economy is becoming more mainstream.

MJR: The more mainstream a niche becomes, the more it's poised for disruption, which means entrepreneurs need to get ahead of the curve. This takes momentum.