When I was a little girl, I really wanted a cap gun. Mark, the boy down the street, had a cap gun and I loved the sound it made and the sulfuric smell it left behind. But my father said that cap guns weren't for little girls. I felt especially betrayed when my brother, five years younger than me, got a cap gun. By that time I was about 10, and less interested in cap guns, but I still resented that because of my gender, I had been denied this cool toy.

So when I had my own kids, I said I wasn't going to let gender determine anything. When my oldest, Alexander, wanted to dress up in my shoes, I took them all out and let him have at it. When my daughter, Elisabeth, wanted a beard painted on her face, I painstakingly drew it on, making each hair as realistic as I could with my eyeliners. They were two years apart and played with each other's toys, and while Alexander gradually drifted towards "boy" toys and Elisabeth drifted towards "girl" toys, it was never due to my influence. I think.

Then, when Alexander was 9 and a half and Elisabeth was 7 and a half, along came Sammy. Sammy was ahead of the curve in so many things. Crawling at 5 months, walking at 9 months, full, clear sentences by 18 months -- which is when Sammy invented the game "born."

Born involved sitting on my lap, announcing loudly, "I'm Sam!" I wish I could do justice to the face he'd make. It was at once mischievous and sweet, with an eyebrow raised and his blue eyes sparkling. Then he'd hide under my shirt for various amounts of time and reemerge with a flourish and announce, "Now I'm Samantha!" He'd clap and we'd clap. We would say, who needs TV when you have a toddler around? But we didn't consider that this might mean anything about his gender. Sammy was a boy as evidenced by his love of games where everything blew up. Yes, Sammy loved dress-up. Sometimes Sammy dressed up as a cat or a bug, but more often it was Spiderman or Batman -- emphasis on the man, right? Well, Sammy also wanted princess dresses and shoes and loved makeup, and Elisabeth spent many happy hours dressing him up in these outfits. It was dress-up, right? We were cool with it. Right?

Then, when Sammy was 7, he told me that he really wanted some girls' clothes. I assumed this was part of the dress-up phase. But Sammy didn't want to go to the Disney store -- he said he wanted real girls' clothes. And that he'd wanted them for a long time, but didn't know how to ask.

First, I signed him up for tae kwon do. I wasn't sure what this meant for his life, but I figured that if my boy was going to wear girls' clothes, then he'd better know how to defend himself.

Then we went shopping. He picked out a variety of things that my husband and I decided he could wear at home and when we went out, but not to school. The compromise was that he could wear girl underwear and training bras (really just half T-shirts) to school. He protested a little, but accepted it in the end. Around this time, Sammy was diagnosed with bipolar disorder, which has nothing to do with his clothing choices, but is important in the story in the long run. 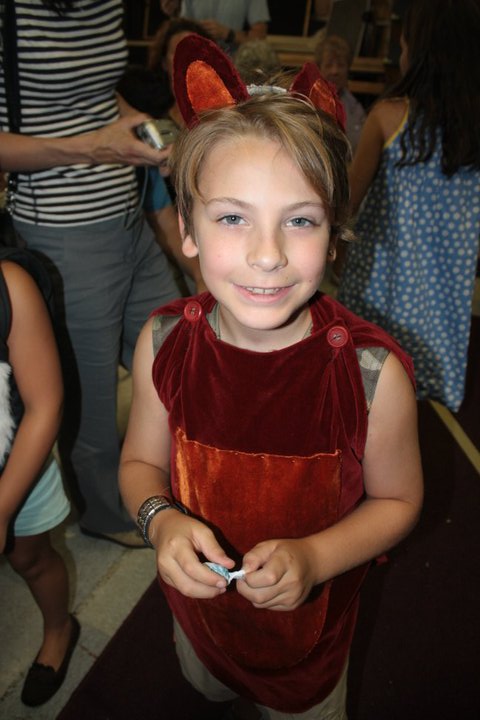 At 9, Sammy was put in a self-contained class for kids with behavioral problems. The biggest issue was that this class had no girls. Sammy missed girls, missed looking at what they were wearing. He got more depressed, and soon he was hospitalized for his first suicide attempt. I say first, but really it was his second. The first time he'd tried to throw himself out of our car on the highway. His sister's quick reflexes saved his life. We didn't think that it was a suicide attempt, because what does an 8-year-old know from suicide? We were in for an education. Suicide is the sixth leading cause of death for children 5 to 14 years old. Five. Children as young as 5 kill themselves. Who knew?

There would be another hospitalization and numerous outbursts at school resulting in Sammy being suspended pending psychiatric review. After I don't know how many such suspensions, his psychiatrist refused to let him back. He said Sammy needed a therapeutic school.

While this was going on, Sammy wanted more and more girls' clothes. He wore jeggings with big T-shirts. It was an androgynous look. My husband and I bought books about transgender kids and went online for support groups for parents of transgender kids, but their stories seemed so different. The boys who said they were girls liked girls' stuff. Dolls. Toy vacuum cleaners. Barbies. Sammy was not interested in that. He played video games and his avatar was female and named Kitten, but these were boy games. And Sammy really loved kittens. Everyone loves kittens.

Sammy had already told us he liked boys. We live in a very gay-friendly town. Alexander's best friend was gay, and in every class any of my kids were in, there was always one kid who had two mommies or two daddies. When Obama was running for president, Sammy said he was going to vote for Obama because Obama was cute. Sammy had mentioned early on that he wondered if a boy could get a vagina. This was around the time that the movie Avatar came out. We said yes. He said, I think I might want one... or a tail. A tail would be really cool. So you can understand that we were thinking maybe transgender but... no. Right?

At the therapeutic school we finally found for Sammy, there was a transgender kid, female to male. Sammy was smitten. I don't know if he was really taken by this kid for who he was, or if it was just that this kid was being who he really was. Still, Sammy didn't say he was a girl. We said he was gender fluid. Some days he seemed more girly -- or sorta girly -- and others he seemed all boy. Most days he seemed all boy in girl clothes.

Then he finally told me, fairly recently, that he was transgender. He was she, and would we please start using the right pronoun?

We were floored. It doesn't make sense that we were floored, but we were. (We are generally pretty smart people...) But we immediately changed pronouns. Or we try to. After 12 and a half years of saying "he" and "my son," it is hard to switch overnight to "she" and "my daughter." When I write it out like this, I think, Wow, were we idiots. But Sammy is gentle with us. She corrects us when we use the wrong pronoun or say son rather than daughter. Or boy rather than girl.

So we went shopping again. She wanted to start putting something in her bra, to be like other girls her age. I steered her towards things I like -- I am a pretty girly person. She wanted her usual androgynous look -- plus breasts. One day we were getting ready to go out somewhere and I tried to put a headband in her hair.

"Maybe if you look a little more like a girl, it'll be easier for everyone to remember to use the right pronoun," I said.

She put down the headband and smiled at me. "Mommy," she said, "I'm just not that kind of girl." 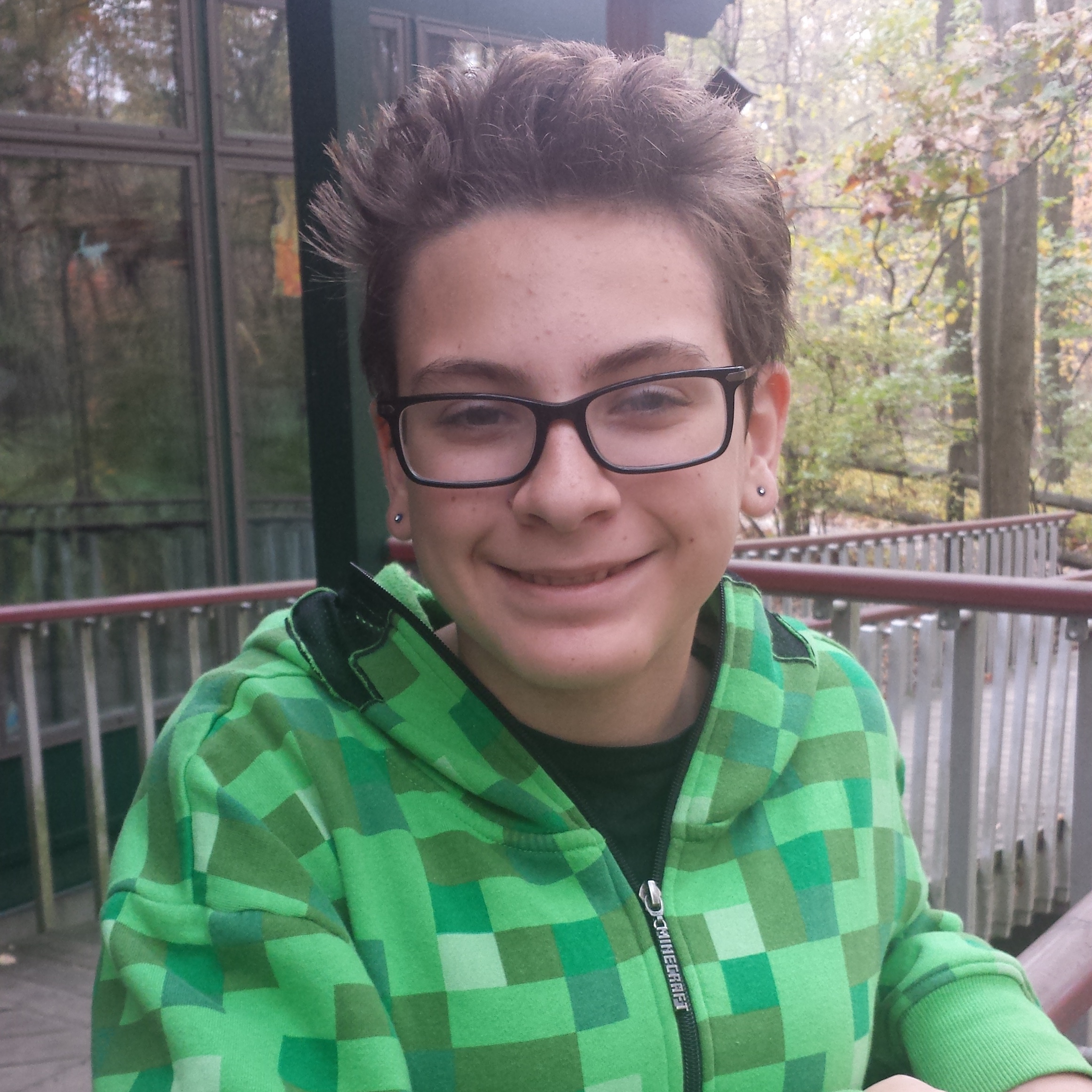 She floored me again. My own gender stereotypes had the better of me. For years as a teacher, I'd defended girls' rights to wear gender non-conforming clothes, but when it came to my own daughter, I was pushing a societal stereotype down her throat. I wanted her to look like what I think a girl looks like. There is an implicit "should" in there which shames me. I have taught composition at various colleges for the last decade and a half, and I've always taught Katha Pollitt's brilliant article, "Why Boys Don't Play with Dolls." I've said to hundreds of college freshmen that there are no girl toys and no boy toys. I've asked them to go to Toys R Us and look at the layout and think about how gender conformity might be hurting children. And here I was, part of the problem with my own child.

Sammy is her own young woman. She knows who she is. She knows what she wants. She is only 12, and we have lots of decisions to make about hormones, etc. -- but in the end, we need to follow her lead. Like any woman, she will define who she is. And I couldn't be more proud. I am sure she has much more to teach us. 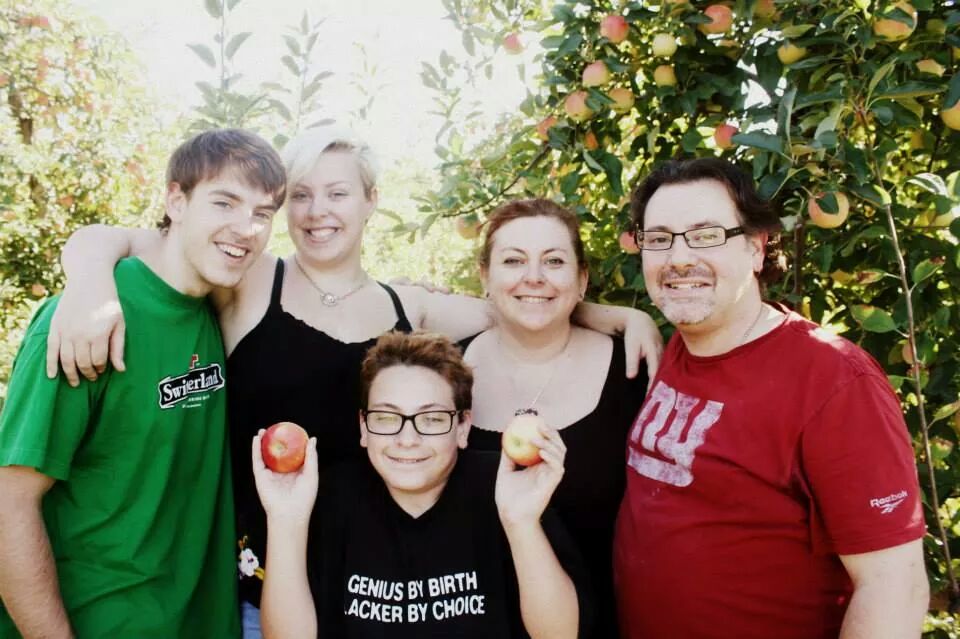 Writer, itinerant teacher of writing, mermaid, mother of three. Read her memoir and non-fiction at www.facebook.com/voluptuousmermaid.