I'm not exactly your typical working mom. My "day job," if you will, involves working with children facing developmental or behavioral challenges and that has me driving to schools and students' homes. My other job -- and yes, I consider it to be a legit job -- is writing, and I can fortunately do that anywhere and at any time. Both jobs require using my brain and I can't really go on auto-pilot. Well, I could, but the outcome probably wouldn't be great.

Sometimes I wish I could just "check out" for a minute and not think about anything at all. I tend to be a tad neurotic and overanalyze things, so when you couple that with being a working mom, you have the perfect recipe for a mushy brain by the end of the day. But that's just the thing -- there really isn't an end of the day for most moms, working or otherwise. There's usually not a beginning, either, just a continuation of whatever chaos preceded the momentary silence. I could be a bit biased, however, since my toddler still isn't sleeping through the night. No, that's putting it mildly. He refuses to sleep through the night. He abhors bedtime. Perhaps my son was a Welsh poet in his previous life? 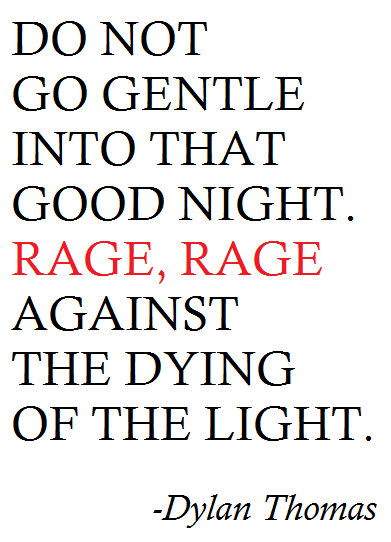 Work becomes at best a hiccup and at worst a reprieve from the routine of the day. I don't ever want to treat work as an escape from motherhood, nor do I want to resent work from tearing me away from my son. It's a conundrum, and not just a maternal one. My husband similarly knows this back-and-forth game as well. He works a full-time, physically demanding job and usually has weekends off. He occasionally is jealous that I get, as one could call it, our son's "best" hours. For the most part, I'm the one that has him during the fun, play time of the day while my husband is there just as Max is waking up or getting ready for bed. As the old saying goes, "The grass is always greener on the other side." Or as parents say, "How come the baby never cries when he's with you?"

I often think, "If I just had more ____, then I could breathe easier." Whether it's sleep, time, money, help, etc., I'll convince myself that it would be the miracle cure to whatever happens to be stressing me out at the moment. Yet my biggest realization about motherhood is that I can't control everything and micromanaging is rarely the answer. Yeah, sure, I had the realization, but that doesn't mean I acted on it. Despite my repeat viewings of Frozen, my Type A Personality prohibits me from letting it go.

Like most working parents, I wear many hats in a 24-hour period. I'm an employee, a mother, writer, wife, sister, friend, and the list doesn't end there. I've found it's healthy to complain, sometimes I should say no, and asking for help is never a sign of weakness. There are huge life lessons I've learned and growing pains I've gone through in adding "mother" to my resume. Yet with all the soul-searching, usually the answer to my problem isn't some grand sentiment that you'd find in an"inspiring quotes" Google search. Sometimes the solution is quite simple: Mommy wants a nap.

Voting Made Easy
Register to vote and apply for an absentee ballot today
Register now
More:
parenting humorworking momParenting Working MomsParents
Newsletter Sign Up
Raise the kind of person you'd like to know
Subscribe to our parenting newsletter.
Successfully Subscribed!
Realness delivered to your inbox