Leonard da Vinci was the original Renaissance man, dabbling in not just art, but anatomy, geology, botany, cartography, mathematics, literature and much, much more. Not only do we give him credit for masterpieces like "The Last Supper" and "The Vitruvian Man," history praises his work in musical instrument construction, hydraulics, cannon design and early flying machines.

So it wouldn't hurt, we suppose, to credit the man with 3D imagery too.

It's a claim German researchers Claus-Christian Carbon and Vera Hesslinger assert in their study of Leonardo's famous portrait, "Mona Lisa." The pair have been analyzing the well-known version of La Giaconda that hangs at Paris' Louvre, as well as an eerily similar copy known as the "Prado Mona Lisa," housed at the Museo del Prado in Spain, and have concluded that the two artworks -- taken together -- may amount to the first stereoscopic image in the world.

In other words, our first 3D artwork. 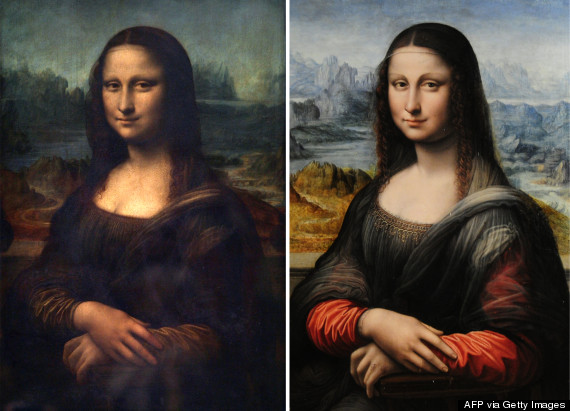 The Portrait of Mona Lisa painted by Leonardo da Vinci (L) and a picture taken at Madrid's Prado Museum of a copy of Mona Lisa (R). (JEAN-PIERRE MULLER-JAVIER SORIAN/AFP/Getty Images)

Carbon and Hesslinger base their theory on side-by-side comparisons of "Mona Lisa" and her Prado counterpart -- a painting introduced to the public back in 2012 as the possible work of Leonardo or one of his students. They claim that there is a slight perspective shift between the two works, meaning that the portraits were painted from separate vantage points.

"When I first perceived the two paintings side by side, it was very obvious for me that there is a very small but evident difference in perspectives," Carbon, of the University of Bamberg in Germany, wrote in an email to Live Science.

Intrigued, Carbon and Hesslinger decided to calculate the positions the painter (or painters) would have taken to create each "Mona Lisa" version. They found that the horizontal difference between the two paintings was about 2.7 inches, which happens to be very close to the average distance between a person's eyes.

Here's where the researchers take their leap into 3D hypotheses. Each of our eyes perceive objects at different perspectives, sending two separate, flat images to our brain to be translated into one three-dimensional representation. That is the image we "see."

Similarly, Carbon and Hesslinger surmise that the two perspectives used in the Louvre and Prado "Mona Lisas" could amount to one 3D image. Place the visual information together, and you have a stereoscopic masterpiece.

They've used a red–cyan anaglyph to combine the two portraits -- namely, the area depicting La Giaconda's hands -- and the result is like gazing upon Leonardo's mysterious woman without 3D glasses. Essentially, there's depth. But it's impossible to know whether Carbon and Hesslinger's observations are coincidental, or if Leonardo intentionally created the first stereoscopic art.

"DaVinci did write about monocular and binocular vision, and studied aspects of optics including eye anatomy and light reflection, and he even experimented with colored light sources," Science News' Erika Engelhaupt writes. "But it’s not clear whether he put all the pieces together to understand how to create a stereoscopic image. The paintings don’t quite make a perfect stereo pair."

You can read Carbon and Hesslinger's entire study here. Let us know your thoughts on Leonardo's 3D aspirations in the comments. 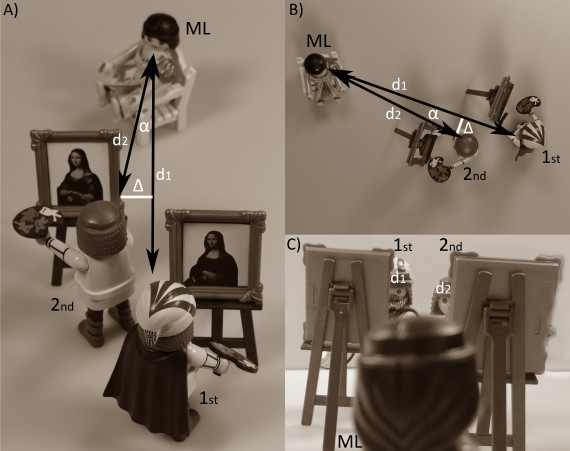