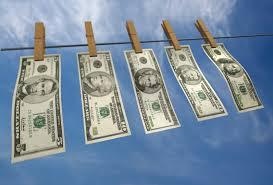 A recent report by Washington think tank Global Financial Integrity reveals the fatal flaw in the world's globalized financial architecture: It has not been accompanied by a globalized governance and regulation system.

This became alarmingly apparent in 2008 when the world's financial system collapsed due to incompetence and skullduggery by Wall Street and U.S. mortgage lending practices.

But the failure to apply controls across the global economy represents a serious threat to all and is quantified in the report, sponsored by the Ford Foundation, entitled Illicit Financial Flows: The Most Damaging Economic Condition Facing the Developing World.

For instance, I have written extensively about the fact that Toronto and Vancouver condo markets are driven by hot money flows, that have increased housing prices for all residents to excessive levels. The same has happened in London, Sydney, Melbourne, New York and Miami.

In Canada, banks operating in Hong Kong. London and tax havens facilitate flows out of China and elsewhere. Compounding this is the fact that our governments -- like those in Europe and the U.S. -- represent gigantic secrecy havens because they don't require disclosure of beneficial ownership.

The U.S. and Europe are studying laws to publish central registries of beneficial owners for public and/or law enforcement access. The G20 and G7 have each paid lip service to cracking down on tax havens but nothing substantive has occurred.There is recognition of the problem but little action and unless the architecture is put in place nothing will change.

The report also quantifies the biggest leakage -- trade-related mis-invoicing or using goods with concocted prices to launder money in and out of a jurisdiction. Only 0.25 per cent of customs frauds, used to launder money, are interdicted, said a former U.S. customs official. He gave examples. A large shipment of scrap metal was imported from Italy into the United States, over-valued by hundreds of millions and claimed to be gold bullion. This is known as over-invoicing. The over-payment was deposited into a U.S. bank, clean and ready to use or spend by the local Mafiosi.

There is also under-invoicing such as the sale of American live cattle to Mexican drug cartels for a mere US$20 apiece as compensation for cocaine shipped to the U.S.

Such "transfer pricing" is not criminalized in many jurisdictions, noted a World Bank expert, who suggested that one solution would be require that parties obtain global financial identification numbers for any trade transaction or container.

The report studied five countries - Russia, India, Brazil, Mexico and the Philippines. China hemorrhages the most, but Russia is second in scale. Between 1994 and 2012, Russia's illicit capital flows totaled nearly US$2 trillion.

"This report shows that there is no rule of law there," said Anders Aslund, a Swedish economist and former adviser to Ukraine and Russia. "A Russian bank is located abroad because money is not safe in a Russian bank."

Cyprus has tax treaties with Russia and Ukraine that allow tax free transactions there, he said.

When the Cypriot banking system collapsed two years ago, banks were full of cash from Russia and Ukraine, including state officials. "I heard that Ukraine's state prosecutors were especially hard hit," he said.

Since then, other banking systems are used, but the volume remains high. Anders estimated that private Russian assets abroad totaled US$700 billion (up to 20 per cent of its economy) and of this up to $200 billion by government officials.

Clearly, current international architecture enables corruption and governments must act in concert to bring about transparency, criminalization and information sharing.

But the challenges are daunting.

"There remain powerful segments of the business community that want to retain abusive transfer pricing as a mechanism for shifting revenues across borders" wrote GFI's founder Raymond Baker "and some actors in the banking community that want to continue accepting suspect deposits out of other countries via weak legislation and enforcement. Bringing all parts of the commercial community into the agenda of curtailing illicit financial flows is one of the great challenges ahead."