Liz Wessel found J.J. Fliegelman through hacking. At a hackathon, Liz got her way into the backend of a hackathon sign-up form. She went through every resume until she found one that stood out. It was J.J.'s.

After working on a side project together at UPenn, they got the inspiration to do something better. That's where WayUp was born. 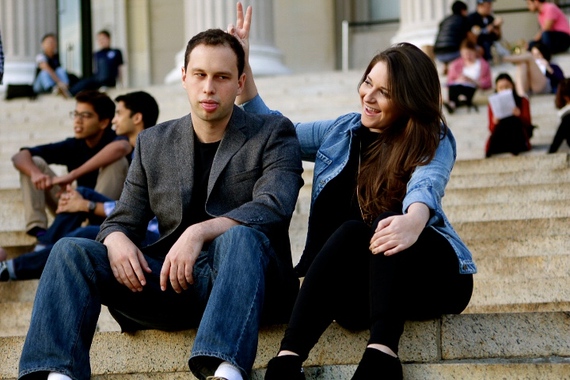 Fliegelman and Wessel hanging around (Photo Courtesy of Liz Wessel)

Formerly named Campus Job, WayUp is a database that connects businesses to potential employers. WayUp is a website that helps college students find jobs and internships after graduation.

"We both knew how difficult it was for our friends to find awesome jobs and internships, and for businesses to hire the right students," said Wessel. "So we wanted to tackle the age-old problem, and we thought that the two of us were crazy enough to be the right people to solve it."

WayUp started off with a staff of two, Wessel as the CEO and Fliegelman as the CTO. In a year, they have expanded their staff to a team of 22 and have an office in New York City. 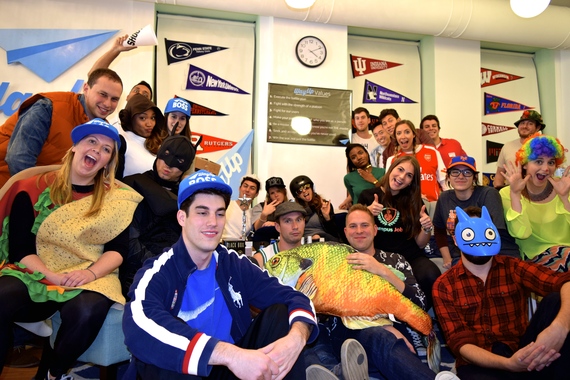 
Students are able to sign up for free on WayUP and make a profile. They get notified whenever a job they're qualified for gets put on the site. After they apply, employers can contact students directly for an interview.

According to their website, WayUp has jobs posted from Coca-Cola, Uber, Microsoft and Starbucks among other big companies.

While Wessel and Fliegelman met in college, they've found the experiences after college to be just as satisfactory. Wessel worked at Google and then lived in India for a year. Fliegelman has backpacked around 16 countries before becoming a consultant at McKinsey.

Neither of them lost their Penn pride as every conference room in their office is named after something at Penn.

Wessel and Fliegelman have big goals for this company. They aim to be the #1 place for college students around the world to find a job.

"We're in this for the long haul. This is a company and a problem that I think we can see ourselves working on for a long, long time," said Fliegelman "We've been really fortunate to gather an absolutely top-tier team and group of investors, and we know that we're solving a problem that makes a massive difference in the lives of millions of people."

Kofie Yeboah is a Junior at the University of Maryland. He is an avid cartoon watcher and can be contacted about anything here. Follow @KofieSpeaks on all social media to keep up with him.