Why would CNN be so quick to declare Hillary Clinton the winner of Tuesday's Democratic debate, when the majority of online polls crowned Bernie Sanders?

Well, it could have something to do with the fact that Time Warner Cable owns CNN. Time Warner, of course, has donated over $400,000 to Hillary Clinton's campaigns.

That's where things can get tricky for the media. It's hard to remain objective when your parent company has so much skin in the game.

Thanks to one Reddit user, we have evidence to suggest that CNN deleted its own poll showing Bernie Sanders ahead of Hillary Clinton. 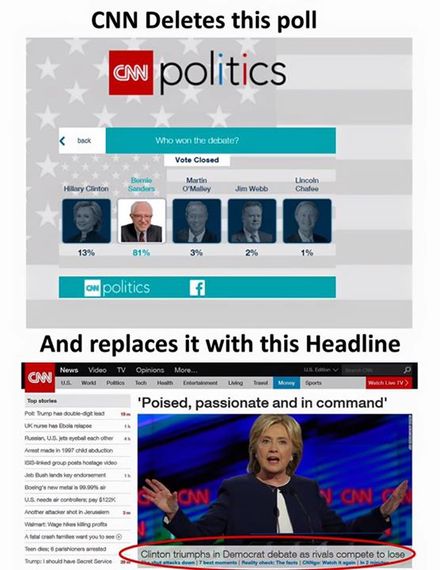