While we can see exactly why Monica Bellucci was picked to be the next Bond girl, the 50-year-old Italian actress reveals she was puzzled when called to discuss a role in the upcoming film, "Spectre." "Why do you call me? I'm 50 years old. What am I going to do in James Bond?" the actress recalled telling director Sam Mendes, in an interview with The Sunday Times.

Bellucci actually thought she was being approached to replace Judi Dench, 80, whose character was killed off in the last Bond film. "I just blurted out: I'm not a girl, I'm a woman, I'm a mature woman," she said.

In fact, Bellucci is the oldest woman in history to play 007's onscreen love interest. Before Bellucci signed on to the upcoming film, actress Honor Blackman was the oldest Bond actress, playing Pussy Galore at age 39.

Bellucci continues the trend of women over 50 taking entertainment and fashion by storm. Joni Mitchell just graced the cover of New York Magazine, with gray hair at 71. Dame Helen Mirren is the new face of L'Oreal, alongside actresses in their 20s and 30s.

As for Bellucci, she says sexy is a state of mind. "What is the problem with a man of 30 being with a woman of 50?" she told Event Magazine. "It is a matter of energy and the soul, not a matter of age of the body. True sexiness is in the mind, the imagination, not in the age of the body." 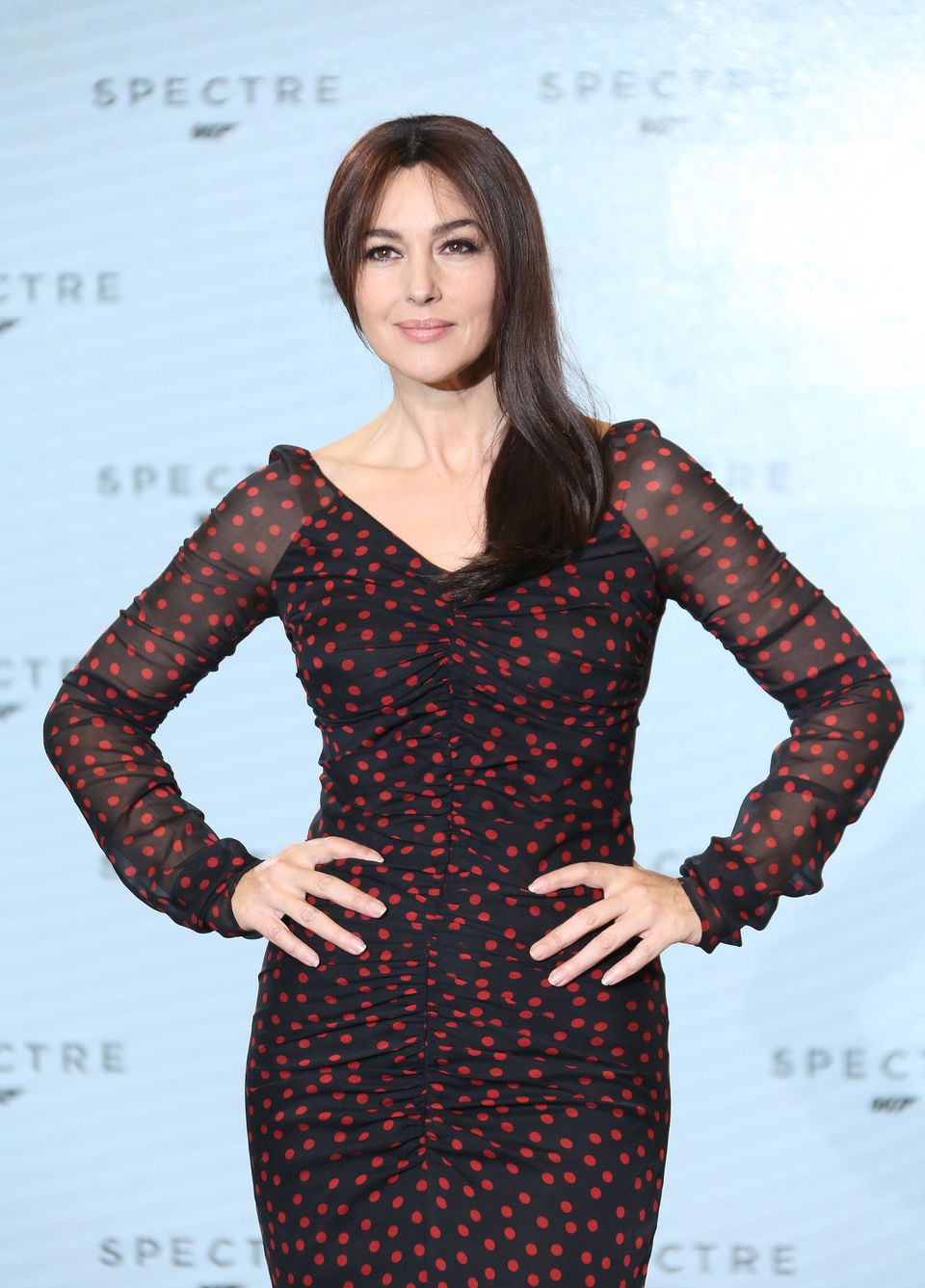