PHILADELPHIA -- Monica Lewinsky spoke at Forbes' 30 Under 30 summit here on Monday, opening up about her experience with cyberbullying.

Lewinsky, who joined Twitter ahead of her speech on Monday, described how it felt being "the first person to have their reputation completely destroyed worldwide via the Internet.”

“Staring at the computer screen, I spent the day shouting: ‘oh my god!’ and ‘I can’t believe they put that in’ or ‘That’s so out of context,’” Lewinsky said. “And those were the only thoughts that interrupted a relentless mantra in my head: ‘I want to die.’”

The audience, many of whom were too young to read the Starr Report when it was issued, listened to her speech with rapt attention, not even glancing at their phones, and rose to give her a standing ovation when it concluded.

Lewinsky also referenced explicit photos that were recently stolen from actress Jennifer Lawrence and released without her permission to describe how everyone is vulnerable to bullying.

“We are all vulnerable to humiliation, private and public figures alike. I am sure that Jennifer Lawrence would agree with that. Or any of the 90,000 people whose private Snapchat photos were released last week during the Snappening.”

During her speech, Lewinsky announced her intentions to help with the Tyler Clementi Foundation, which was set up by the parents of a Rutgers student who killed himself after video of him having sex with another man was broadcast online. Lewinsky wrote about how Clementi's story inspired her to speak out about her affair and subsequent cyberbullying for the first time in years in a May 2014 Vanity Fair essay.

Read more on Lewinsky's remarks at the 30 Under 30 summit at Forbes.

Monica Lewinsky: I Was 'The First Person' Whose Reputation Was Destroyed By The Internet
Monica Lewinsky Clothes, Clinton Letter Up For Auction 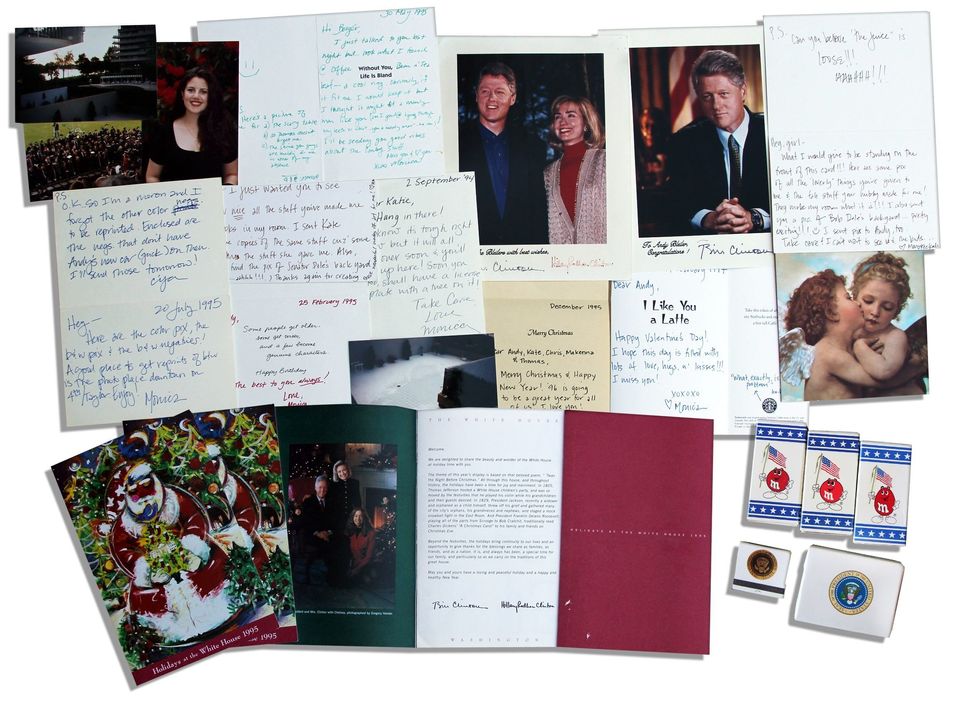