Monifah burst onto the scene underneath the wings of the late Heavy D with her first album, "Moods...Moments," featuring hits like "I Miss You (Come Back Home)" in 1996. At the time, the sultry songstress was knee-deep in the music industry when more than a few female R&B singers could dominate the charts and R&B singers weren't making headlines for feuding like rap stars.

Now she is in the mix with other songbirds, starring in TV One's most watched reality series, "R&B Divas." Monifah, who came out in 2012, recently spoke to HuffPost about reality television, sexuality, the music industry and more.

The Huffington Post: You once said that you fell out of love with the music industry. It has changed so much since you first hit the scene in the 90s with Heavy D. How do you feel about it now?

Monifah: I feel differently about it because I know who I am. I've grown up and I've been through some things. My perspective is different. I love music and that's my gift. It's one of the biggest gifts that God has given me to minister.

The biggest thing is, it's about who you are in it.

Most of us are young when we get into the business and we're still trying to figure it out. That was some of the reason why I felt the way that I did. I had to regroup. It can be rough, if you don't know who you are.

You’re now on TV One’s “R&B Divas” with Faith Evans, KeKe Wyatt, Nicci Gilbert and Syleena Johnson. On the season two premiere a tour idea was brought up. How solid is the tour idea with you and the rest of the divas?

It's a no-brainer! The thing is that, there are so many different personalities and perspectives.

I can only speak for myself. I want to do what I love to do. I want to share my gifts. It's going to happen anyway, but why not do it together? Separately, we can conquer the world, but together we can change it.

Latocha Scott, formerly of Xscape and Angie Stone just joined the show. What impact do you think they will have on the group?

I think that it's a good addition. I appreciate them just on what they bring. Angie has hits that are older than most of our careers collectively. So I appreciate it. It spices the pot. 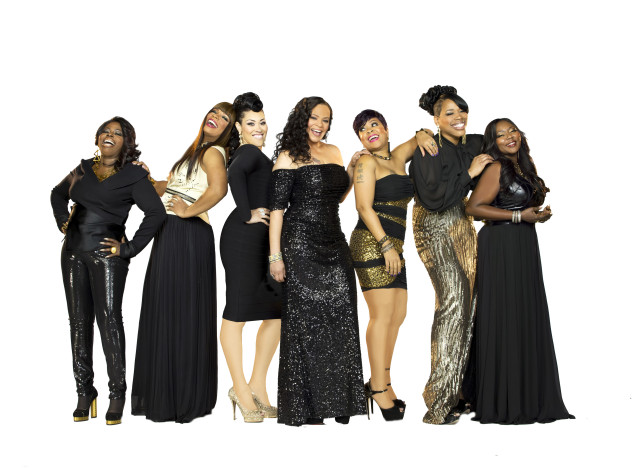 Frank Ocean came out not too long ago and it was such a big deal, as did NBA veteran Jason Collins. Meanwhile, new WNBA star Brittney Griner also spoke about her sexuality and it kind of blew over. In the entertainment industry and sports, do you feel it’s easier for women to be accepted [when they come out]?

I don't know if it's easier. I just think it's different. It's a boys club. First of all, people directly go to the act of sex when it comes to homosexuality, which it's not what it's about. So of course it's going to be a bigger deal about Jason Collins or Frank Ocean because it's a guy.

I also applaud them for their bravery and for paving the way for that next guy and for kids. So that they know that they're not alone. And so that they know ... they have everyday and extraordinary people who look like them, that feel like them and that they can identify with. That's what's important.

I didn't come out to get accolades. I just showed my truth. I wasn't trying to be a pioneer. I knew that it would help somebody and it has definitely helped me live my best life.

Do you feel that the climate has changed in regards to accepting the LGBT community in the music industry since when you first hit the scene and were out as opposed to now?

Oh yes. There were a lot of women that were dating each other on the scene in the '90s.There were executives saying not to mess their money up and to keep it on the low (on both sides of the coin for the men and the women). 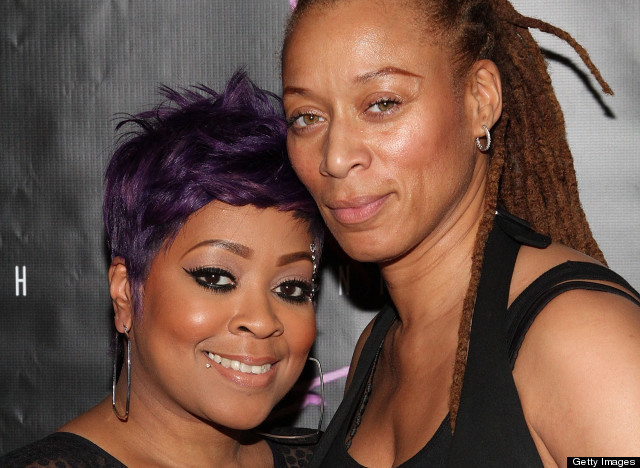 You had some issues with your daughter accepting your sexuality and relationship with your girlfriend on the first season. Has that changed now?

No. She believes what she believes. We love each other still. You can believe differently and think differently, but if you approach those differences with love and respect, that's all that matters.

Hip-hop recently lost Chris Kelly of Kriss Kross. It was reported that there was a possible drug overdose. You have admitted to using drugs and we’ve seen so many other stars suffer from drug addiction. Why do you think that in the entertainment industry when things get rough or even when they’re great, that drug use is so prevalent?

It's prevalent in this life. The world leaves a lot emotionally for us to deal with and self medication, unfortunately is one of the symptoms of that. When you don't want to deal, that's usually what happens. The industry has a lot of critiquing and you can feel used up and lonely. You're a commodity and it's all about the dollar.

You lost your brother to AIDS. How important is it to you to spread the message about AIDS and HIV Awareness?

It's very important. My generation still needs to know that this isn't something that's getting any better.

You've had some hits like “I Miss You (Come Back Home),” “I Can Tell” and “Touch It.” What song that you recorded is the most personal for you and why?

"It's Alright" from the first album. I dedicated it to my brother Kevin.

In addition to working with the other women on the show, what’s next for Monifah?

Writing and I'm looking into production. I want to get back into acting. I've been in this business professionally since I was 7 years old. You'll be hearing from me.

Monifah Talks 'R&B Divas,' Sexuality And The Music Industry
Hip Hop And Homosexuality
1 / 19
Murs
Los Angeles-based rapper Murs, though straight, recently released a video, "Animal Style," which features a brief, though intimate, kiss between two men, and explores the damage that homophobia can cause.