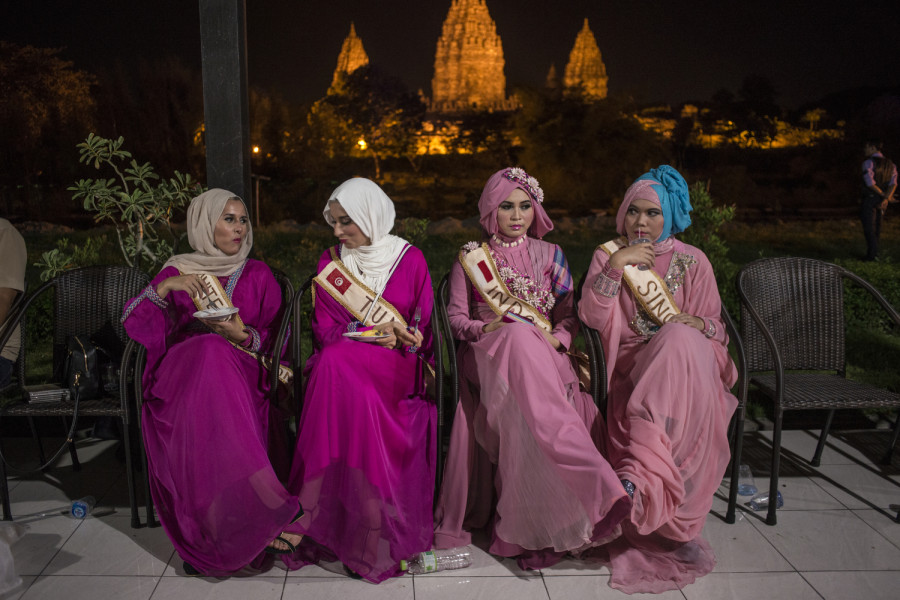 Yes, there are a lot of differences separating Miss Muslimah, a Muslim beauty pageant in Yogakarta, Indonesia, from those broadcast across the Western world. Instead of bathing suits there are headscarfs, competitors pray five times a day, and the winner is chosen by a jury of orphaned children. However, after attending and documenting the competition in 2014, photojournalist Monique Jaques realized that the young women weren't that different from their Western counterparts.

"I believe that this idea that the West has that the lives Muslim women lead are so different from ours is outdated and naive," Jaques explained to The Huffington Post. "The girls had as much in common with any other young girl in America. They talked about makeup, television shows and friends just like [many] young women do."

Jaques discovered the competition online and was intrigued to see what shape the competition would take. "I thought the contradiction of a Muslim beauty pageant was so interesting and unique," she said. "In my work I'm always looking for ways to communicate the experience of young Muslim women to Western audiences. Much of the competition is similar to a pageant in America or anywhere in the West, just with headscarves." 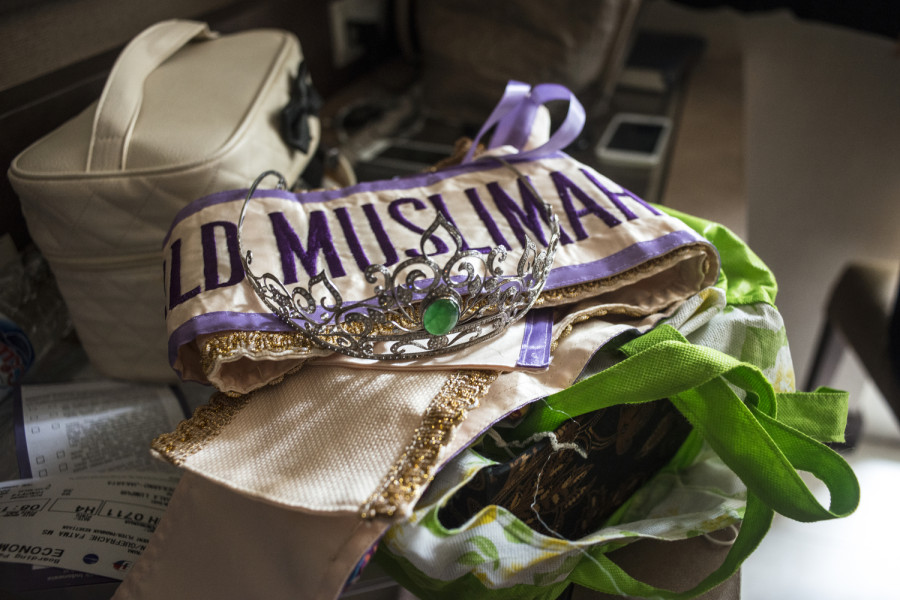 Many competitors themselves seem to agree. "I think the only difference it has from a regular beauty pageant is the name," Dina Torkia told Al Jazeera during the 2014 competition. "And the fact that we are all wearing scarves on our head."

And yet this sole difference is hugely important, especially for the many young women whose careers and relationships are threatened by their decision to wear a hijab. "When you wear the headscarf in France, people have their own way of looking at you," competitor Fatma Ben Guefrache told Al Jazeera. "It’s a problem across Europe. People don’t distinguish between an ordinary Muslim and a terrorist."

The World Muslimah Award was established by Eka Shanty in 2011, after the former television reporter was removed from her position following a refusal to remove her hijab on screen. The competition, which enlists 18 young Muslim women from around the world, requires that participants don the symbol of modesty and faith. The event celebrates style and elegance along with religious piety, development of humanitarian intelligence and strength of character. Prizes include everything from pilgrimage trips to scholarships. 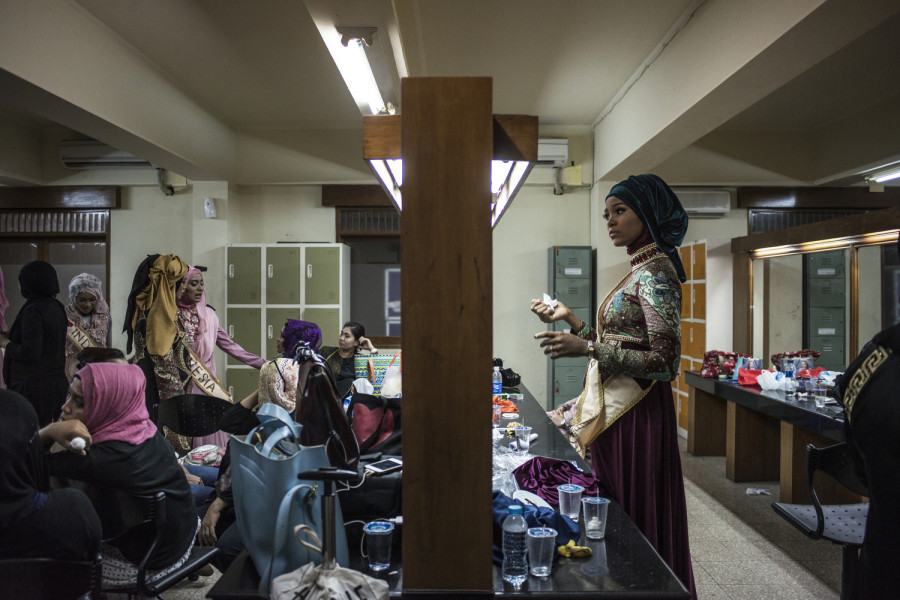 The process is grueling, with participants getting as little as three hours of sleep a night. A typical day consists of visiting impoverished slums and elderly homes, and speaking with corporate sponsors, all while praying five times a day -- and wearing heels. "We’re trying to find an excellent personality that can be a role model, an ideal figure to stand on behalf of millions of Muslim women in the world," Shanty explained. "Of course this is very challenging and stressful, but I think it’s worth it for them."

Throughout the pageant, challenges include reciting Quran passages, volunteering in nursing homes, debating Muslim values and touring impoverished communities. Although parts of the competition are controversial, including its sponsorship by skin-lightening products, Jaques has faith in the heart of the pageant. "I think it brings light to strong educated women who have goals and issues, and the hijab won’t deter them," she explained to Feature Shoot. "Many have faced prejudice for their religious beliefs; one was even denied admittance to a university in France. Together, they stand up for the rights of Muslim women around the world."

From Jaques' images and descriptions, the ambitious and dedicated participants of Miss Muslimah seem to be aspirational role models for women of any faith. "I absolutely fell in love with the girls in the competition," the photographer said. "It was such a wonderful collection of strong women with clear ideas about who they were and what they wanted to achieve."