Don't mess with this monkey.

Footage from a security camera is said to show a young man in Shimla, India, giving the finger to one of the area's famously belligerent monkeys. And as you might expect, the monkey is having none of it.

It drop kicks the man right in the head, knocking him to the ground.

The man, however, appears to be OK after the attack as he gets up and walks off.

Shimla's monkeys are known to cause problems for both tourists and locals visiting the Jakhoo temple, which is dedicated to the monkey god Hanuman.

"The monkeys of Shimla are not pleasant animals, they roam around in gangs looking for the opportunity to rob tourists of their food or any other item which catches their eyes," the Shimla India Guide website says. The website advises tourists to rent a stick to use to threaten the monkeys.

"Without the deterrent of the stick expect to have pockets and bags rummaged through no less intensely than by a human criminal," the website says.

The monkeys are mostly after food, but the website says they are also known to take cameras and wallets.

In this case, however, the monkey was apparently provoked.

"As you can see, the boy looks straight into the eyes of this monkey who is sitting near a bench, where other people are also seated and provokes the animal by showing middle finger," the YouTube description reads. "This is seen as an open challenge by the monkey, who knocks the boy down with a wrestling like move."

A program to have the monkeys sterilized has been shut down amid allegations of animal cruelty, The Shillong Times reports.

Monkey Drop Kicks A Guy Who Gave It The Finger
Monkeys should never be... 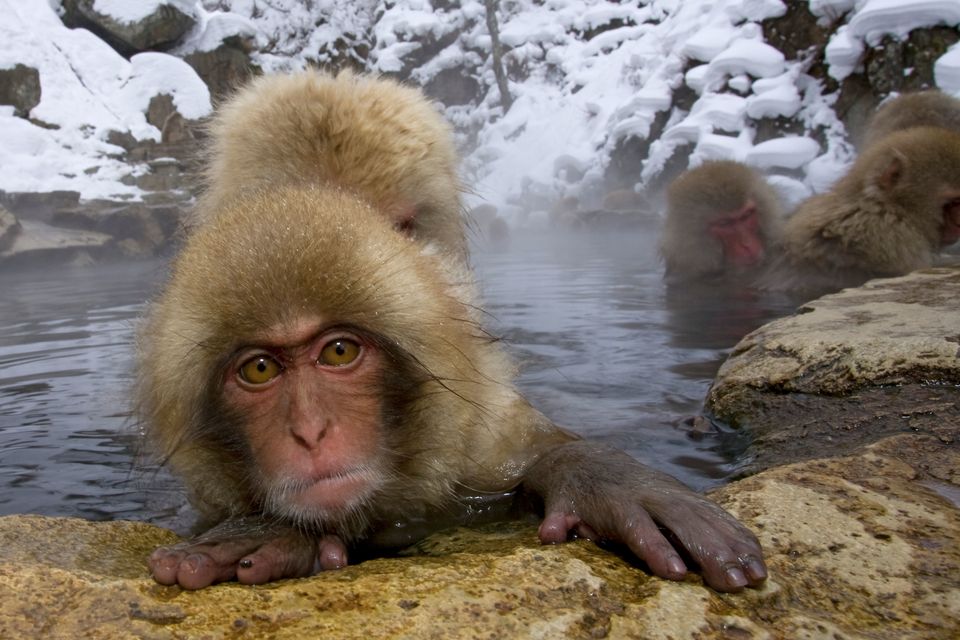