TAMPA, Fla. (Reuters) - Florida authorities vowed on Friday to capture a monkey last seen running through a Tampa neighborhood that they described as "three-foot tall, brown and fast."

A resident initially reported seeing a fleet-footed monkey running through a yard in the middle of a sunny Thanksgiving Day afternoon, Tampa police said.

An hour later, another caller spotted a monkey about a dozen blocks away, near a bridge on a road that is several miles (km) from downtown Tampa.

"There is no probable cause for this monkey's arrest, however, we will work tirelessly to apprehend him," Tampa police said in a Facebook post.

Both sightings occurred near Tampa's Lowry Park Zoo, whose officials told police that its monkeys were all accounted for.

With some on social media questioning whether the primate was a monkey or a chimpanzee, Tampa police clarified that the exact species was unknown, but that the sightings appeared to be credible.

PHOTO GALLERY
Apes and Monkeys, Before and After Darwin

Monkey On The Loose In Florida Has Cops Working 'Tirelessly'
Apes and Monkeys, Before and After Darwin 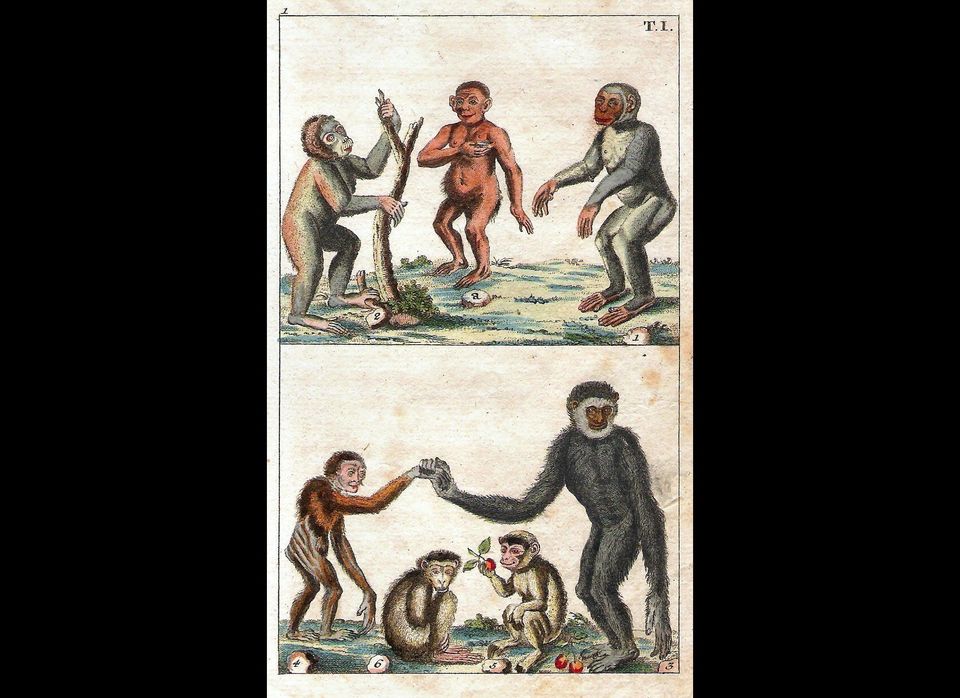 1 / 13
Simian Culture
Primates, late eighteenth century. All of these figures have fairly simian bodies, but several have almost human heads. Their gestures seems very deliberate, as if they were engaged in games or rituals.