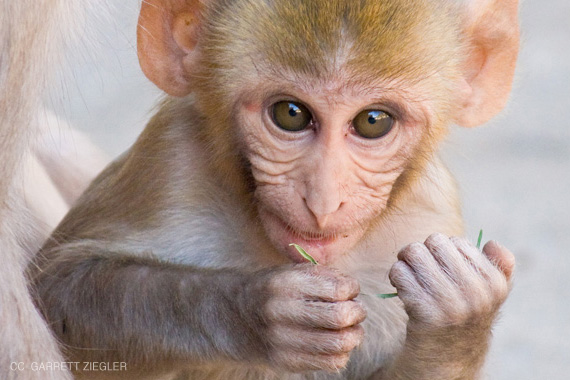 Wisconsin Governor and presidential hopeful Scott Walker wants to exempt the University of Wisconsin-Madison from the state's sunshine laws that require disclosure of public records. His efforts appear to be a direct response to a lawsuit filed by the Animal Legal Defense Fund last fall. The lawsuit seeks disclosure of public records related to highly controversial maternal deprivation experiments on newborn baby monkeys. Governor Walker's proposed law would prevent public disclosure of these records even though the experiments are largely publicly funded.

Maternal deprivation experiments involve taking newborn baby monkeys from their mothers, isolating them, and then exposing them to snakes and other terror-inducing trauma. They are then killed by the age of 18 months so researchers can dissect them and evaluate how their brains change as a result of these experiences.

The Animal Welfare Act, a federal law, requires that an Institutional Animal Care and Use Committee (IACUC) review such federally-funded research experiments involving animals. The Animal Legal Defense Fund was forced to file its lawsuit after the university refused to disclose public records related to the university's IACUC review of these experiments. Did the committee follow proper protocol when it approved these experiments? The public has a right to know and that's what these records may show.

But Walker's proposed legislation would prevent those records from seeing the light of day. The proposal, included as an amendment to the state's budget bill, also comes at a time when Dane County, Wis., where the university is located, is considering a resolution condemning these experiments. Sneaking this amendment into a budget bill to silence a public-interest lawsuit is politics at its worst. This is the third time in three years that the University of Wisconsin-Madison has attempted to exempt itself from the open records law.

The public, whose tax dollars fund these experiments, shouldn't be kept in the dark. Nearly 400,000 people -- including leading bioethicists -- have already signed a petition calling for an end to these unimaginably cruel maternal deprivation experiments. Instead, Walker's proposed legislation would mean an end to the transparency the public is entitled to under the law, allowing the experiments to continue under the shroud of secrecy in spite of public concerns.