In less than a week, more than 750,000 people viewed Monopoly, the Saudi short-film released on YouTube on Wednesday 14 September 2011, making it the undisputed biggest blockbuster of this summer for most Saudis.

The 22 minute feature is a dark-comedy which tackles the issue of increasing shortages in housing across the Kingdom. Obviously, less supply means higher prices for the existing properties available and a major obstacle opposing the Saudi youth who form the majority of the country's population.

The story is told in a style which mimics a television documentary; however the characters are all fictional. It opens with one Saudi who is introduced to the audience as "Mohammad Al Qahtani -- First Saudi to own a residential property in the new millennium." 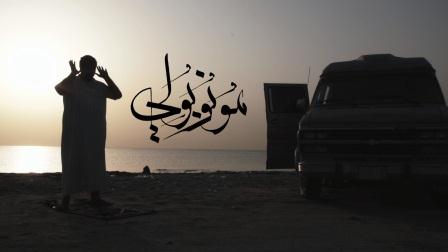 However, Al Qahtani managed to achieve this because he decided to live in a van. "Tell me who else can afford to live in a property that overlooks the sea," he says jokingly while trying to make his situation seem less intolerable.

Housing is a major issue in Saudi Arabia -- a country which saw its population grow at 333% between 1975 and 2009. Earlier this year, King Abdullah bin Abdulaziz the Saudi Monarch ordered the building of 500,000 additional housing units, prompting a sense of urgency to cope with the country's ever-expanding population.

Monopoly seeks to shed the light on one of the main causes of this issue -- "Al Aradi Al Baydaa." (Arabic for 'White Lands,' a term used to describe pieces of land which remain empty or un-utilized within Saudi cities).

'White Lands' are a phenomenon because the bulk of them are owned by a small group of big businessmen, depicted in the film as so greedy that they bark like mad dogs and fiercely attack a young man who trespasses on one of their lands. 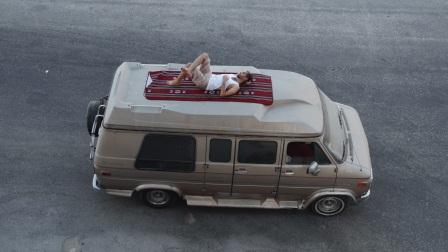 The drama is anchored into reality with snip-bits of a recorded interview (fully available separately here) with Saudi economic columnist Essam Al-Zamil who discusses origins, consequences and impact of 'white lands.'

Zamel explains that the salary of government employees does not exceed 7,200 riyals while in the private sector it is 3,300 at most.

Later in the film, he suggests imposing taxes on landlords of currently utilized pieces of land as the only choice to encourage them to sell or build on it. (Currently, landlords don't pay any land tax in Saudi Arabia).

The film is directed by Bader AlHomoud, a young Saudi independent film maker who stresses that Monopoly was self-funded and was produced using equipment he already owns.

"All the crew were volunteers because they believe in what they are presenting," he says, elaborating that he intentionally didn't seek to find a producer or sponsor "to remain pure of any bias or pressure."

According to AlHomoud, what played a vital role in 'spreading the word' was unquestionably the support it got on social networks such as Twitter, where the film has its own hashtag: #MonopolyFilm.

"Unlike other media outlets, social networks form a truthful mirror which reflects the true concerns of a society," he says.

Critically, the film has been the subject of much debate in the Saudi press. Whereas some columnists praised Monopoly, others claimed it was a 'conspiracy against the nation.'

However AlHomoud believes that the "enormous and absolute public support is far greater than the desperate and few voices that sought to attack the film." 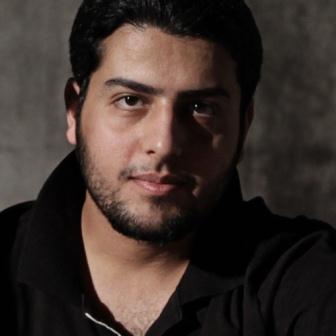 He also believes that Monopoly has achieved its goal of creating public awareness, as for an official reaction (from the government), he says "we are still waiting, it has only been a few days since the film was releases and we will see what impact we have made in a few weeks' time."

The one thing already proven and achieved though is the unarguable power of film and its ability to shed the light on social issues. This is particularly significant within the Saudi context where until this day public cinemas remain a 'No-No.'

Monopoly will be available in English subtitles from Tuesday 20 September via this link.