While David Zwirner's empire grows exponentially, swallowing up big chunks of prime real estate in a post-Sandy Chelsea, one tiny gallery space on the Lower East Side, Bureau, just metamorphosed into a mammoth empire with an exhibition titled Monsalvat, a 200-square-feet goldmine of sheer aesthetic mischief.

Conceived by Andrea Merkx and Nathan Gwynne, the two heads of a double-headed eagle known as the Merkx & Gwynne project, Monsalvat includes the work of over fifty contributors, transforming the gallery into a head-spinning and hilarious Wunderkammer.

The exhibition's title is taken from Munsalvaesche, the Fisher King castle in Wolfram von Eschenbach's 13th century tale. The exhibition will also be used as a stage set for the filming of a revival of a '70s rock opera about the King Arthur legend. It brings to mind the famous Décors of Marcel Broodthaers, who frequently revisited fables to re-invent them as installations and film sets that exist somewhere between ancient text and contemporary vortex.

Employing a raked, multi-colored, checkered stage floor built to mimic a medieval forced perspective, the show re-imagines the Fisher King's hall where Perceval encounters a procession of objects, including candelabras, carved knives, tapestries, paintings, a bleeding lance, and the Holy Grail. The many signs and symbols refracted through the eclectic mix of "sacred artifacts" create a phantasmagorical viewing experience. 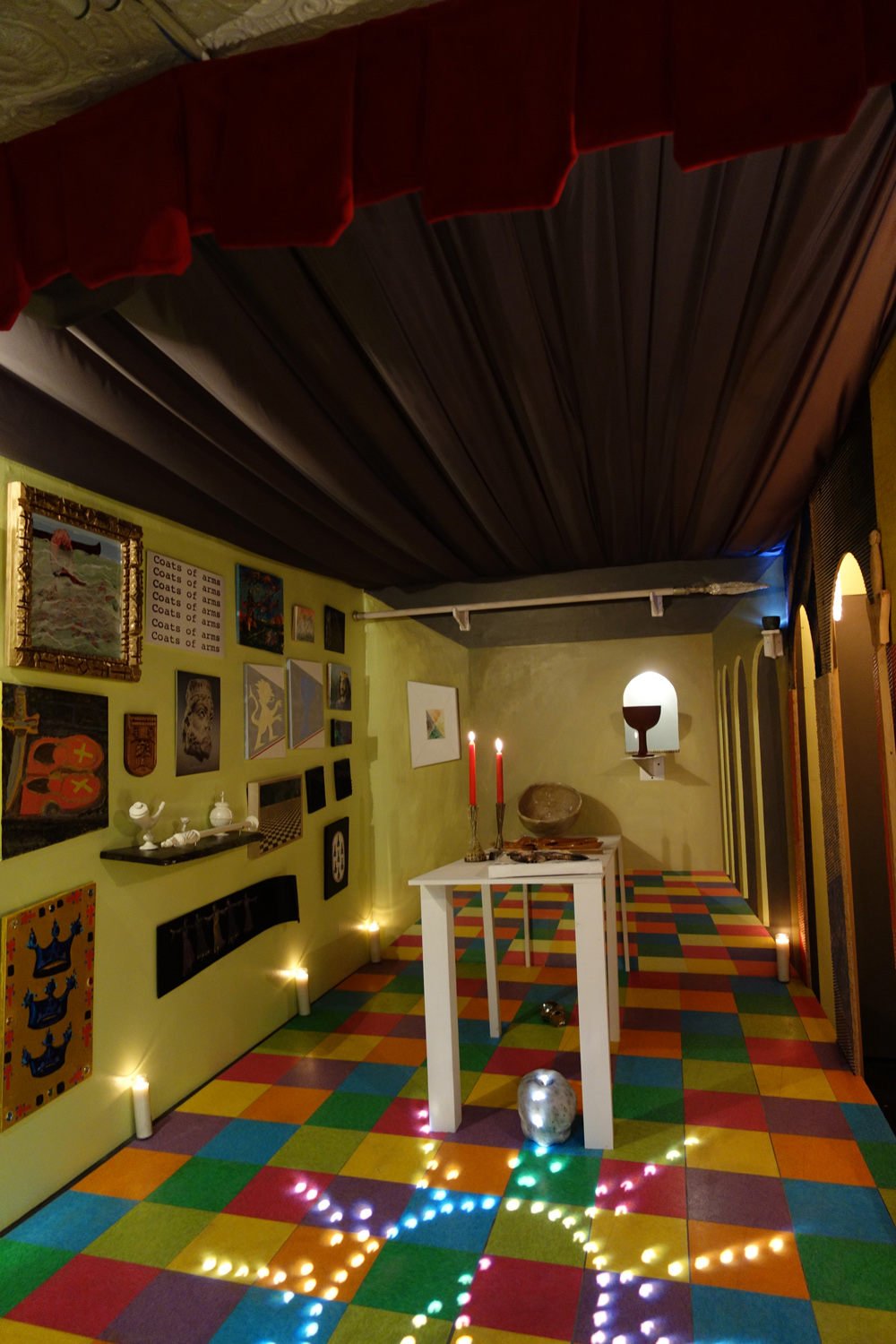 Merkx & Gwynne project's installation is a tightrope act, carefully proceeding from one fabulous, rock-infused castle of their imagination to another. In a way, their adventure replicates the delirious, chivalrous quest of Perceval -a wise fool if there ever was one- and his knights, replacing them with artists who, traveling inside the magic land of the art world, search for the impossible.

As Andrea Merkx explains, "We are using the art world as a film set and bending it to our own will." Like Perceval before them, the Merkx & Gwynne project boldly takes the empty seat at King Arthur's/David Zwirner's Round Table and initiates a quest that may never end, yet gives hope that art can and must be saved from cultural hegemony.