Montel Williams, the former talk-show host best known for a program that ended over seven years ago, tweeted on Wednesday criticizing DeRay Mckesson, who is among the most widely recognized and respected young black civil rights activists.

@deray is no MLK. Let's just get that real clear.

Twitter wasn’t too enthused with Williams’ attack -- and neither was Mckesson. Still, he responded characteristically:

& you're no Oprah. & you don't have to be, as I appreciate your work for what it is. Fighting for you too, Montel. https://t.co/6X6F3BEFqz

Meanwhile, Twitter users came to Mckesson's defense, including responses from The King Center:

But @deray is a man of consciousness whose life is threatened daily because of his activism. He cares. We're clear. https://t.co/6kimuoZ0mP

It is erroneous and contrary to Dr. King's philosophy and legacy to use him to be divisive and destructive. #MLK

And, alas, no Twitter controversy can unfold without its very own hashtag; thus, #MontelWilliamsLogic was born.

Yes. It’s clear Mckesson isn’t Martin Luther King Jr., the iconic civil rights leader often held up by older black folks as the only black activist worth emulating. Nor has Mckesson made any indication that he is trying to be. In fact, in a New York Times Magazine interview in which he expressed frustration with the way he felt MLK had wrongly been "held up as an avatar of genteel protest," Mckesson also pointed to the decentralized leadership of the Black Lives Matter movement as one of its biggest strengths.

It’s unfair for Williams to make such statements and, frankly, it is a poor attempt to erase the phenomenal work Mckesson has done, and continues to do. His efforts -- just like the black lives he fights for -- matter.

Here are a few reminders of Mckesson's many contributions to civil rights activism:

Mckesson, along with other key Ferguson activists, was recognized as one of Fortune magazine's "World’s Greatest Leaders" for his on-the-ground leadership in Ferguson, Missouri, during protests that followed the death of 18-year-old Michael Brown. 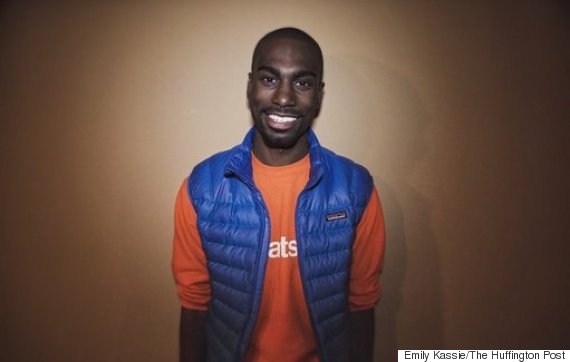 He checked Wolf Blitzer’s privilege during the Baltimore uprising.

Mckesson is one of the creators of the Ferguson Protester Newsletter -- a roundup of tweets, news, photos and other resources for activists and supporters alike -- which allows him to continue to support people in the city from any remote location.

He built and spread word about a text messaging system that alerted people when the grand jury handed down its decision on whether to indict Darren Wilson.

He constantly lets White America know, along with countless others, that there will be no justice or peace as long as black lives are treated without value or respect.

The reality is that the movement has made white supremacy afraid. And it is re-grouping to identify ways to silence us. But here we remain.

He travels hours on end to protest in New York City; Baltimore; Washington, D.C.; McKinney, Texas; Selma, Alabama; and any other city in the country in need of a reminder that #BlackLivesMatter. 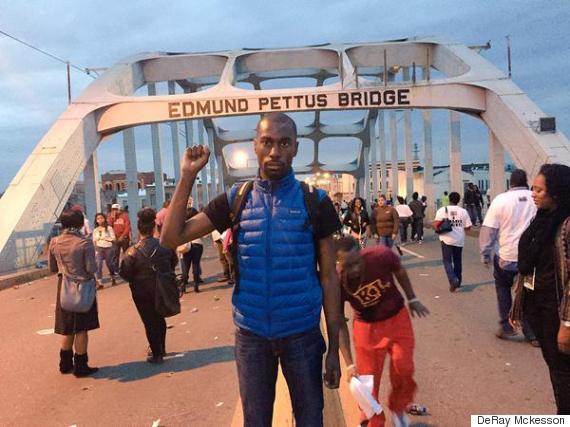 I love my blackness. And yours.

I continue to talk about race because race continues to impact my life & the lives of those who look like me.

I'm not the enemy, racism is.

And, just to amp up his awesomeness a bit more, Mckesson is one of 10 people followed by Beyoncé on Twitter. Is the Queen following you, Montel? NO, NO, SHE’S NOT.

Meanwhile, Williams is spending his time these days as the spokesman for Money Mutual, a lead generator of payday loans, which, for the record, isn’t nearly as close to being beneficial to black people. African-Americans are the demographic most likely to take out these high-interest, short-term loans that are mostly used for everyday expenses -- and that too often drill people further into debt.

A rep for Williams said Wednesday that there was "no need" to comment and that they had been "hashed to death today."

UPDATE: 10:15 p.m. -- After this article was published, a spokesman for Williams contacted HuffPost with additional comment:

Took a remarkable leap of logic, didn't you? Who says the tweet was meant as a criticism? In reality, the context, had anyone bothered to think before reacting, should have been quite obvious. It was a knock -- just not on anyone named in that tweet. And had DeRay done some thinking rather than tormenting drama for drama's sake, he might have correctly concluded the tweet attacked the thesis of his Fox interview.

The spokesman added: "All I saw today was the kind of chaos those of us on the left enjoy criticizing the right for. One thing we will not make the mistake of again is trying to defend DeRay, or anyone else, against a hostile Fox interview."

Fox News host Sean Hannity and his guest Kevin Jackson on Tuesday accused Mckesson of being a "professional protester."