When you think "Monuments Men," we wouldn't be surprised if the first thing that comes to mind is George Clooney looking predictably suave in a military uniform. Although the upcoming blockbuster movie is filled with the usual twists and turns of such a cinematic dramatization, the true story of the Monuments Men -- the soldiers who risked their lives to save the artworks that founded Western civilization -- is far more complex. 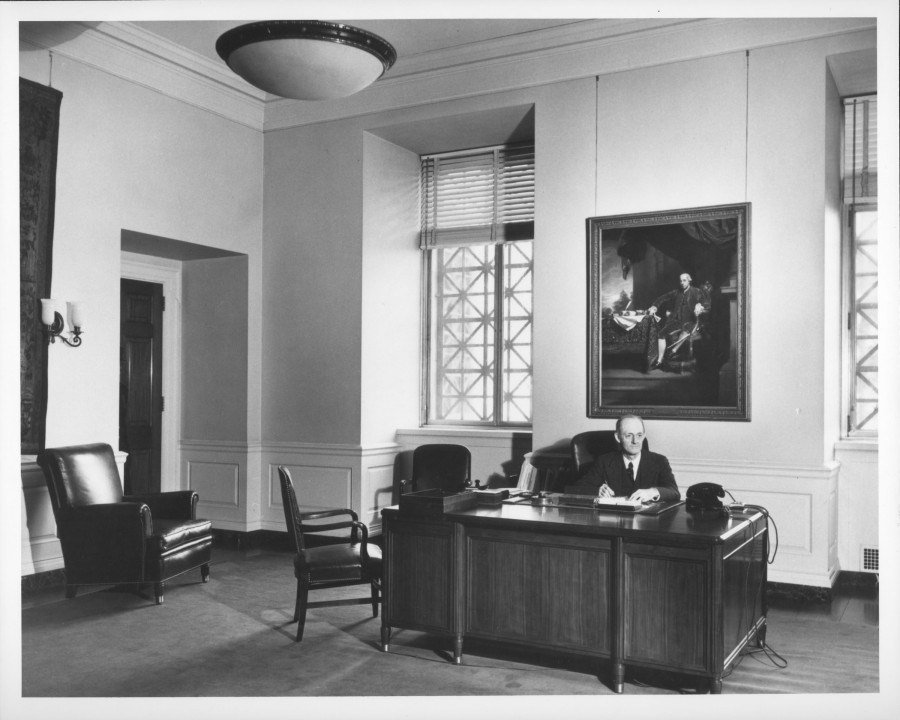 During World War II, a key group of officers from 13 different nations joined together to serve in the Monuments, Fine Arts, and Archives program, devoted to retrieving and protecting masterpieces stolen by the Nazis. While the outcome of the war remained uncertain, these individuals realized that even if the war was won, victory was meaningless without the myriad of artworks that have shaped and defined history. The National Gallery of Art in Washington, D.C. was at the center of the bold program, heavily involved in both the creation of the MFAA and its ongoing protection.

"These men -- and women -- worked to protect Europe's cultural heritage at the height of World War II," explained Earl A. Powell III, director of the National Gallery of Art, "ensuring its safety in the aftermath and returning works, when possible, to their rightful owners once peace and security were restored." Officers not only located looted artworks and returned them to their previous holders, encountering prized works by Rembrandt, Rubens, El Greco and many more, they protected endangered Berlin museums and convinced Allied bombers to spare certain targets for their cultural importance. 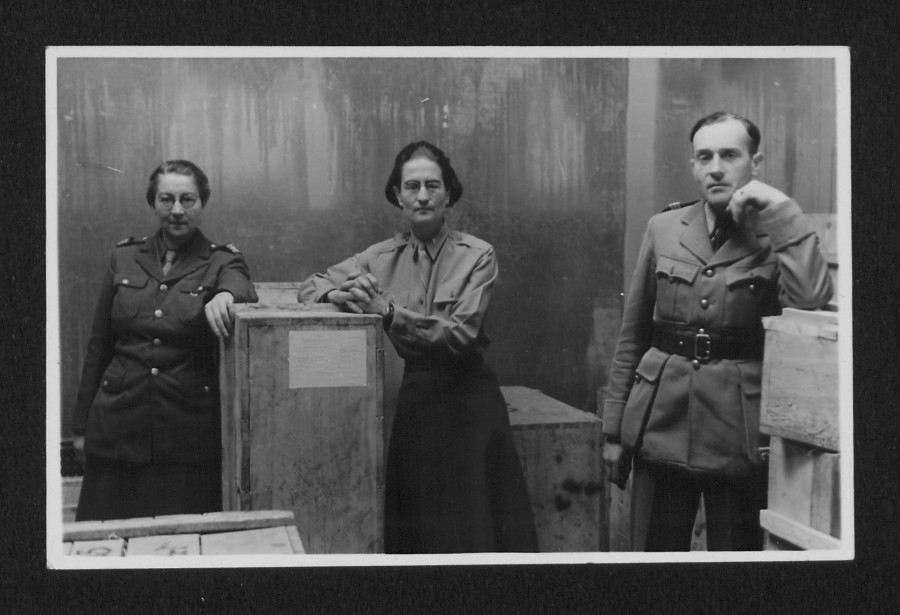 The Clooney version of the tale follows the officers in the field, fighting bad guys while uncovering cultural icons. But Maygene Daniels, chief of the National's Gallery Archives, is eager to expound upon the subtler stories that precipitated the onscreen action. "There is a quieter, behind-the-scenes story that is also important," Daniels cautioned. "There is a big, round story behind moments of excitement. This is a moment to look at our history."

An exhibition entitled "The Monuments Men and the National Gallery of Art: Behind the History," is bringing that big, round story to life, opening the archives of the Monuments Men to the public, featuring photographs, documents and memorabilia, many displayed for the very first time. Then there's the Neue Galerie's highly anticipated "Degenerate Art" exhibition and the recent uncovering of a massive trove of Nazi-looted art in Munich. Art history is suddenly coming to popular consciousness.

We recently had the opportunity to speak to Daniels, who told us more about her work at the NGA and the iconic institution's involvement in one of the greatest untold stories of World War II. 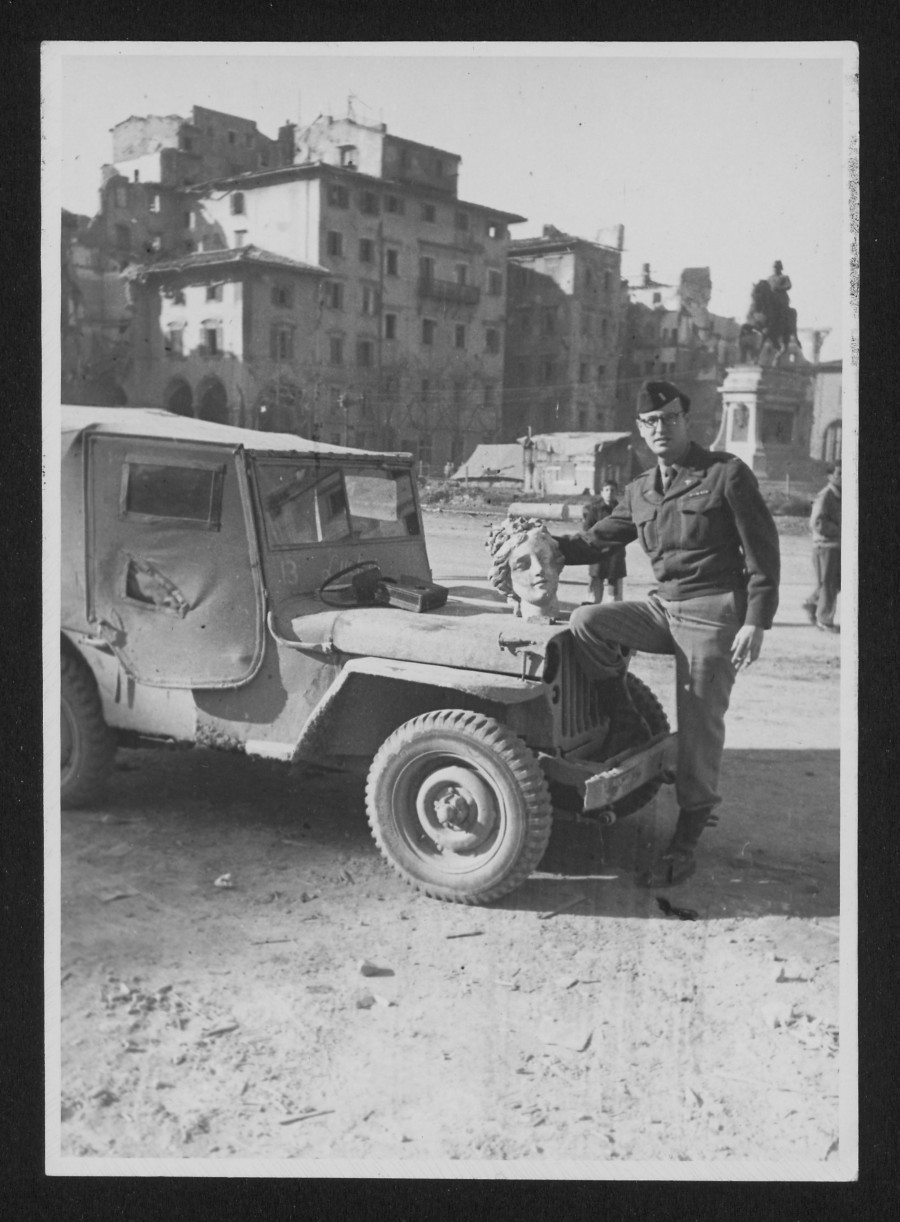 What does your position at the National Gallery of Art entail?

I am the Chief of the Gallery Archives, which means I am responsible for the permanently valuable historical records for this museum and donated materials. We have among our holdings -- very rich holdings of papers accumulated by the Monuments Men when they were in Europe during World War II and were then given to the museum in subsequent decades.

Were you interested in the Monuments Men before starting this position?

I've been working at the National Gallery for quite a long time, but before that I worked at the National Archives of the United States. This is really a government story, after all. The Monuments officers were military officers who wrote these fantastic reports from their duties abroad, so I was aware of this amazing story of the looting of the art and the role of these unusual officers before I came here. It is a broad story with a lot of different angles within it.

What's your interaction with these documents?

We take these historical documents and do what any human being would like to do -- we put them in good order. We make descriptive materials with the goal of helping other people use said materials. I always say, there is no point to keeping anything unless you're making it available to other people. We, as archivists, are in the business of taking care of materials, physically preserving them, and helping scholars gain access to them. And not only academics, but members of the public too. 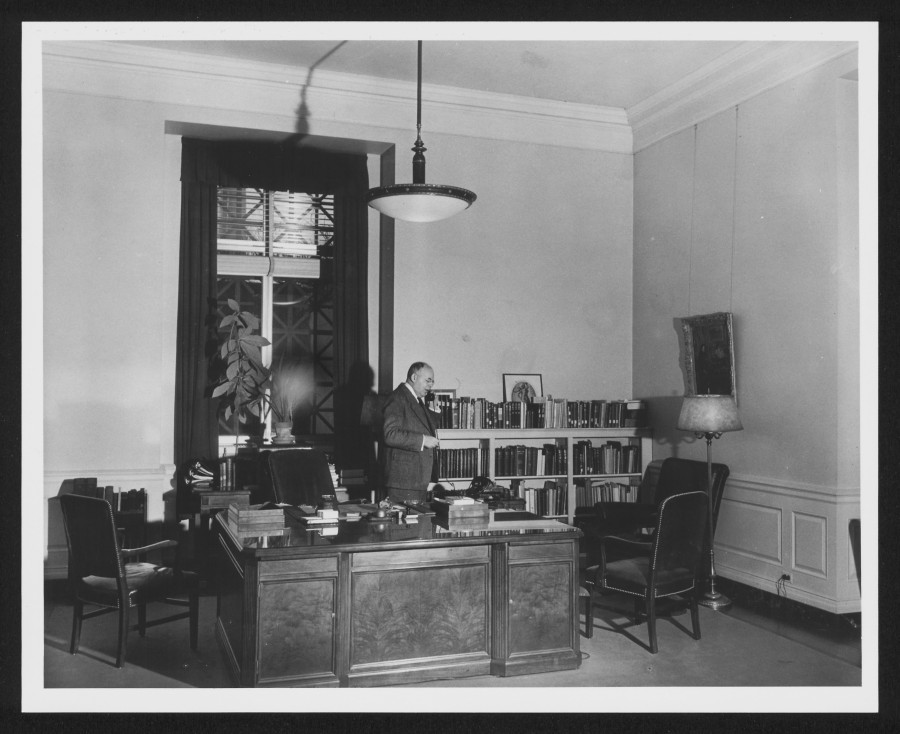 What role did the National Gallery of Art play in the construction of "Monuments Men" the film?

My understanding is that the film is based on a book by Robert Edsel and that book is based, in part, on research here at the National Gallery Archives. Of course, since it's a movie, it's a dramatization on some level. We want the movie to be wonderfully successful, but we also want people to realize it's based on reality. And reality can be a lot more exciting than a novelization.

How was the NGA involved in the Monuments Men mission?

In the early days of the war the National Gallery really was at the nexus of events that put military officers in the field as Monuments Men. As the war was proceeding there was a huge awareness of what was happening among the cultural community -- museum officials, archivists and others. Many of them had close relationships with Europe before the war -- they'd travelled there, spoke the language -- and there were also many refugees from Europe, many of them Jews, who were very aware of what was happening in Europe.

The cultural community became very concerned about what was happening there in terms of how Nazis were treating works of art and also what would happen when the Allies took back Europe. It became clear that Allied armies would be moving back into Europe and the initial invasion onto European soil took place in Italy, the cradle of the Renaissance and antiquity, filled with monuments and works of art. With this looming ahead, the cultural community met with David Finley who was the director of the National Gallery.

It was in his office that plans were made for a commission that would have the sole purpose of protecting art and monuments in Europe. The Chief Justice of the United States Harlan Stone was the Chairman of the NGA and also a close personal friend of Finley. The cultural community had a lot of people who were high-powered figures in their own rights and they, working with Finley, got the Chief Justice to write to President Franklin and Eleanor Roosevelt, who then contact the Chief of Staff. And from that the commission was set up and continued to be operated in close relation to the National Gallery of Art. Throughout the war the NGA continued to advocate for the Monuments Men and provide materials that were distributed to the troops that helped preserve the art and monuments that needed immediate attention.

There is going to be an archival display at the National Gallery that will basically tell that story. There will also be a lecture on March 16 at which I will speak along with Lynn Nicholas who wrote the superb book "The Rape of Europa," which I personally think is at the root of the renewed interest in this story. The lecture will focus on how research was performed. Where is the story? How do we learn about who the Monuments Men were? What are the materials that are available? The great thing is, the Monuments Men were highly educated and, on top of taking photographs, they wrote brilliant military reports -- and military reports aren't often known for their literary excellence. So there is a very rich story of how it is we get this information here in the present. There are stories within stories, and this will give a chance to talk about that a little bit. 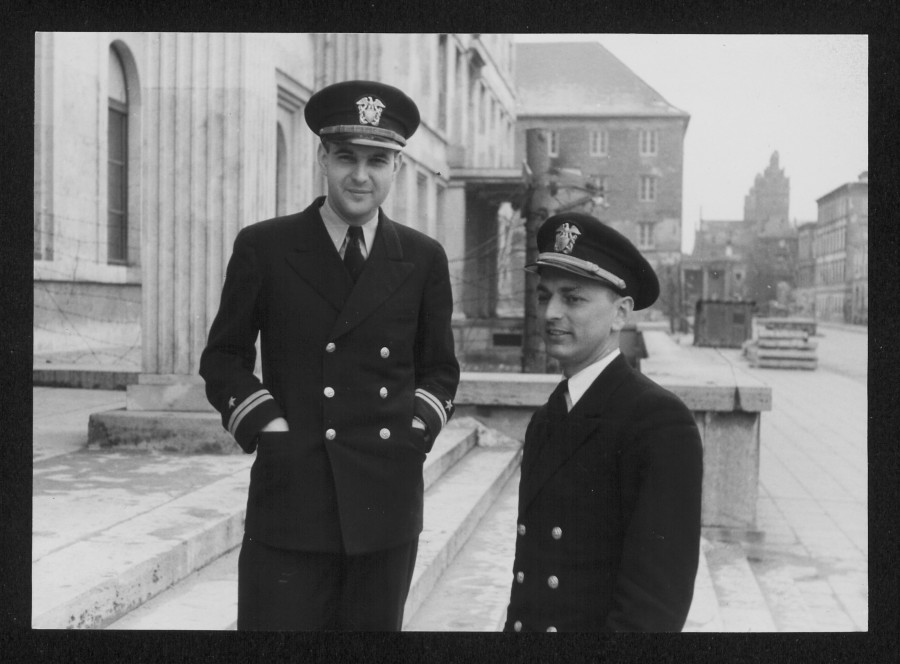 There is a beautiful Roosevelt quote on the National Gallery website that reads: "Great works of art…belong so obviously to all who love them -- they are so clearly the property not of their single owners but of all men everywhere." Is there a particular message about art in the present that you've taken away from working so closely with the Monuments Men story?

President Roosevelt spoke at the dedication of the National Gallery of Art on March 17, 1941. At that point, of course, war was very much on his mind, and on everyone's mind. The Battle of Britain had begun and when he dedicated the NGA he reflected on the fact that the gallery housed great works of art from many Italian and German artists. At the time it looked very much as if war with those countries was pending. The origin of his beautiful quote has to do with reflecting on what art means in the larger world and how it crosses boundaries. I think if I were to think on the message of my working with the Monuments Men, it would be that in fact, great art does matter. We take it for granted sometimes. We have superb museums here and you don't think about what the world would be like if all of that art was gone. To me it's very impressive that the government, working with the scholarly community, was able to step in to right a difficult situation. 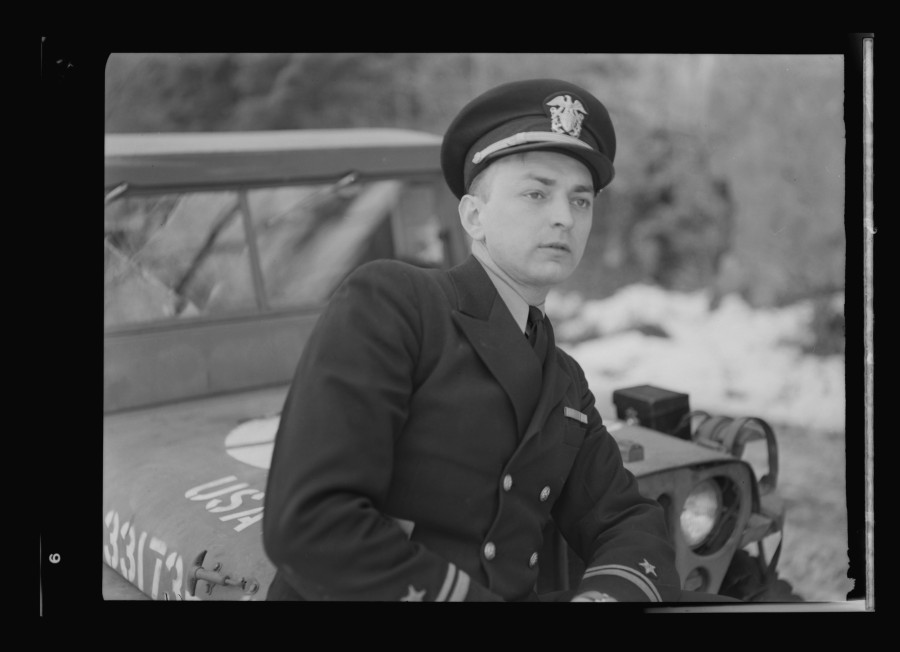 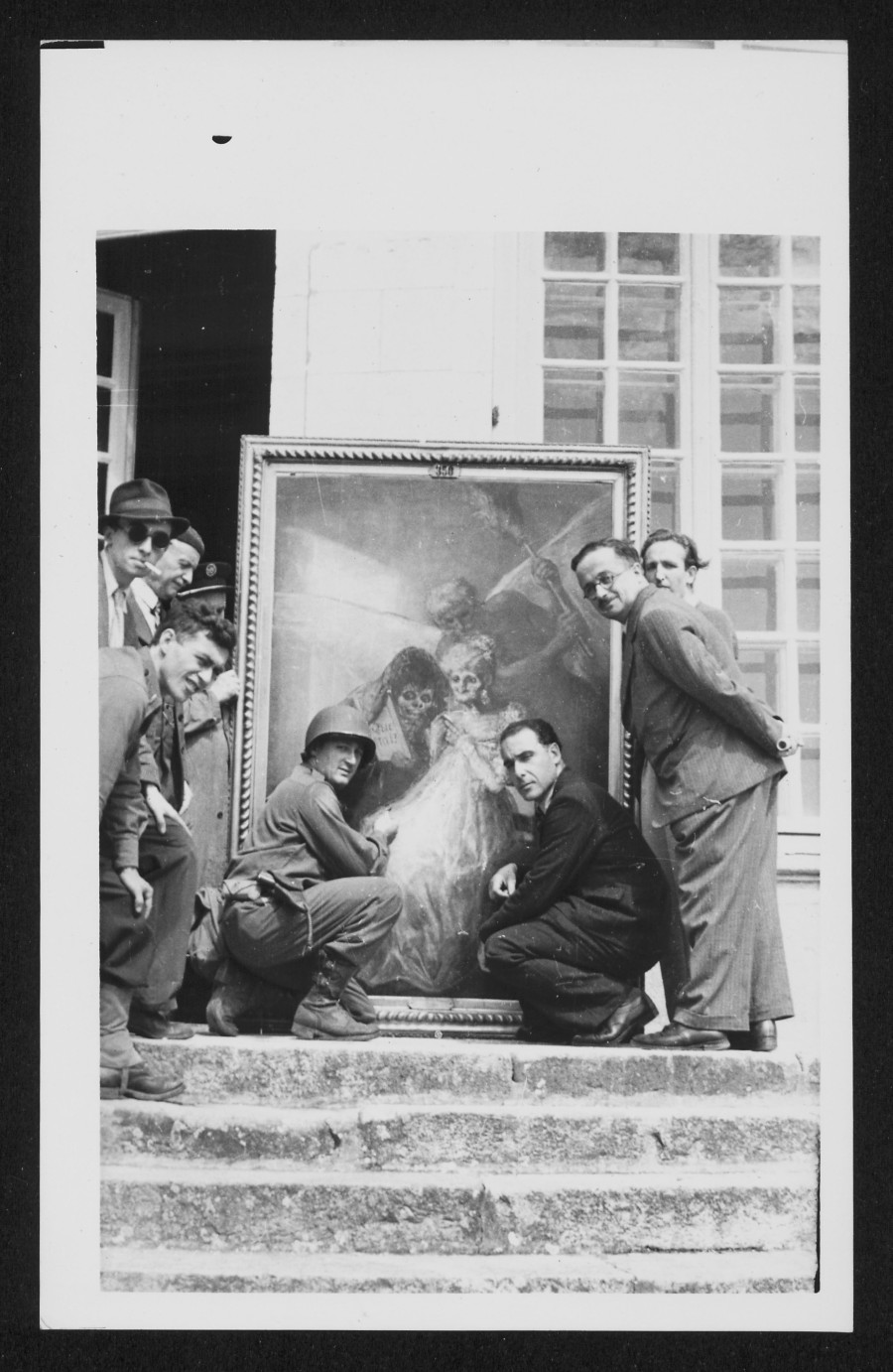 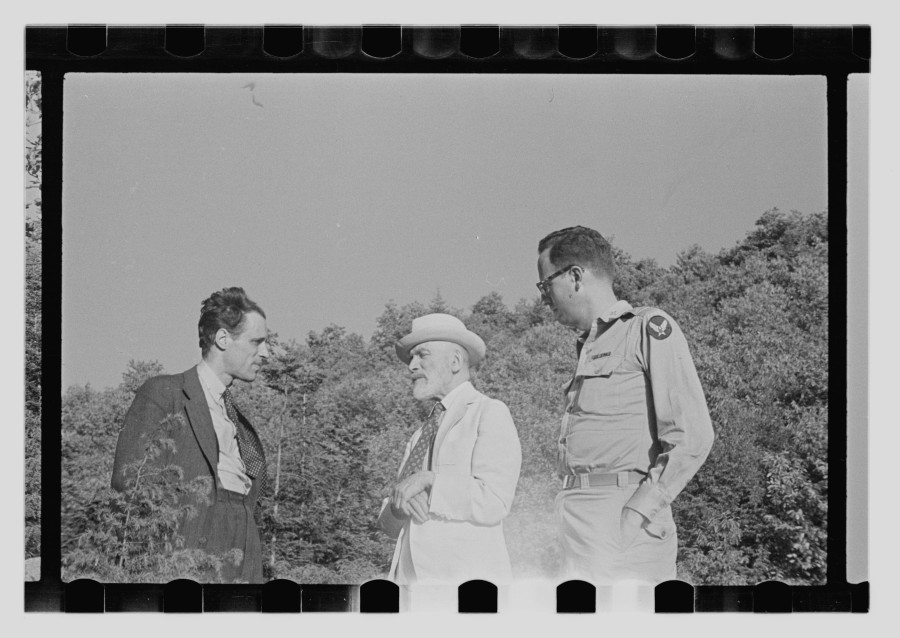 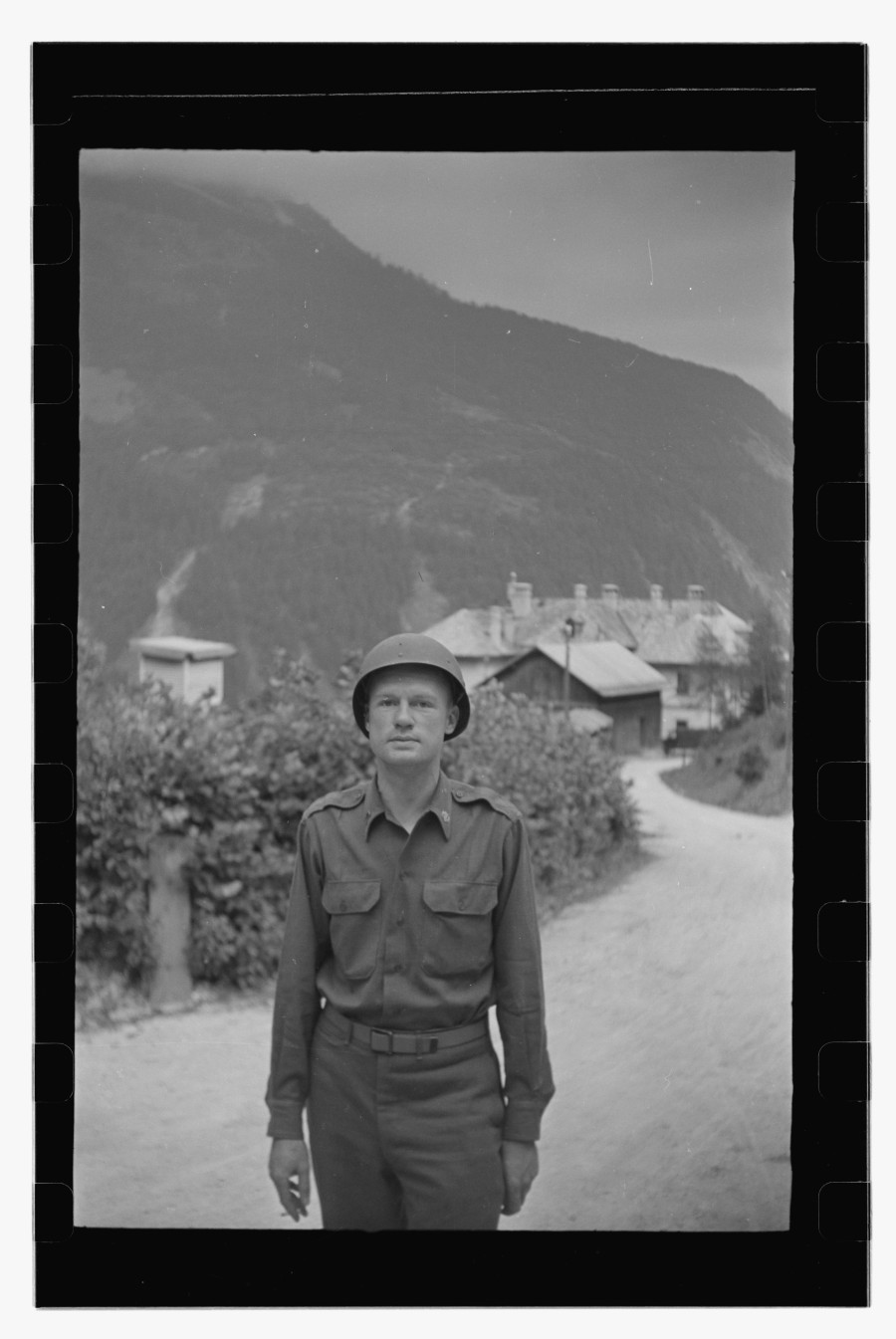 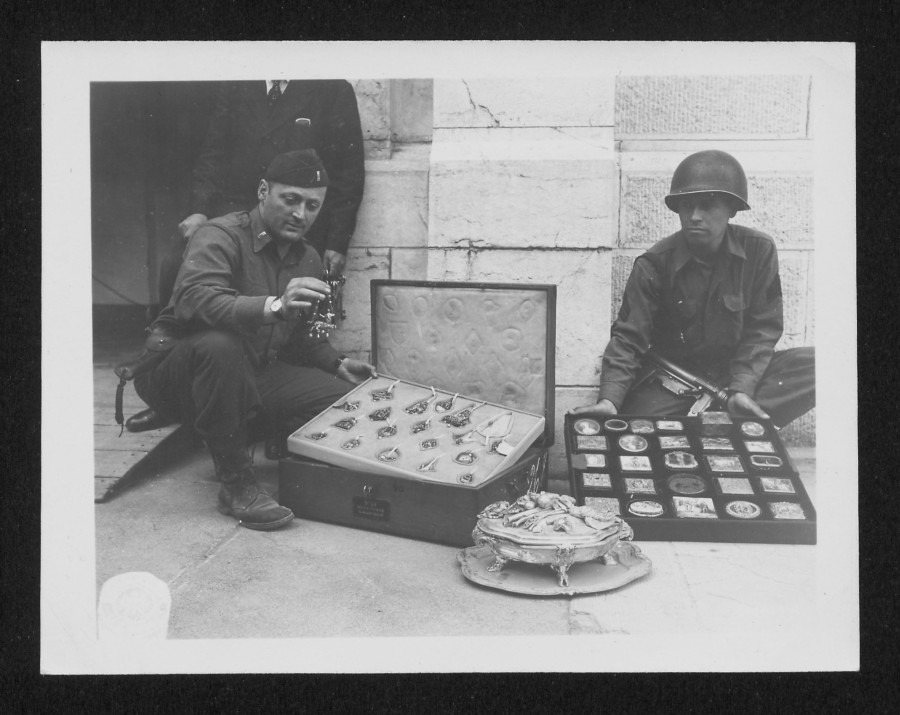 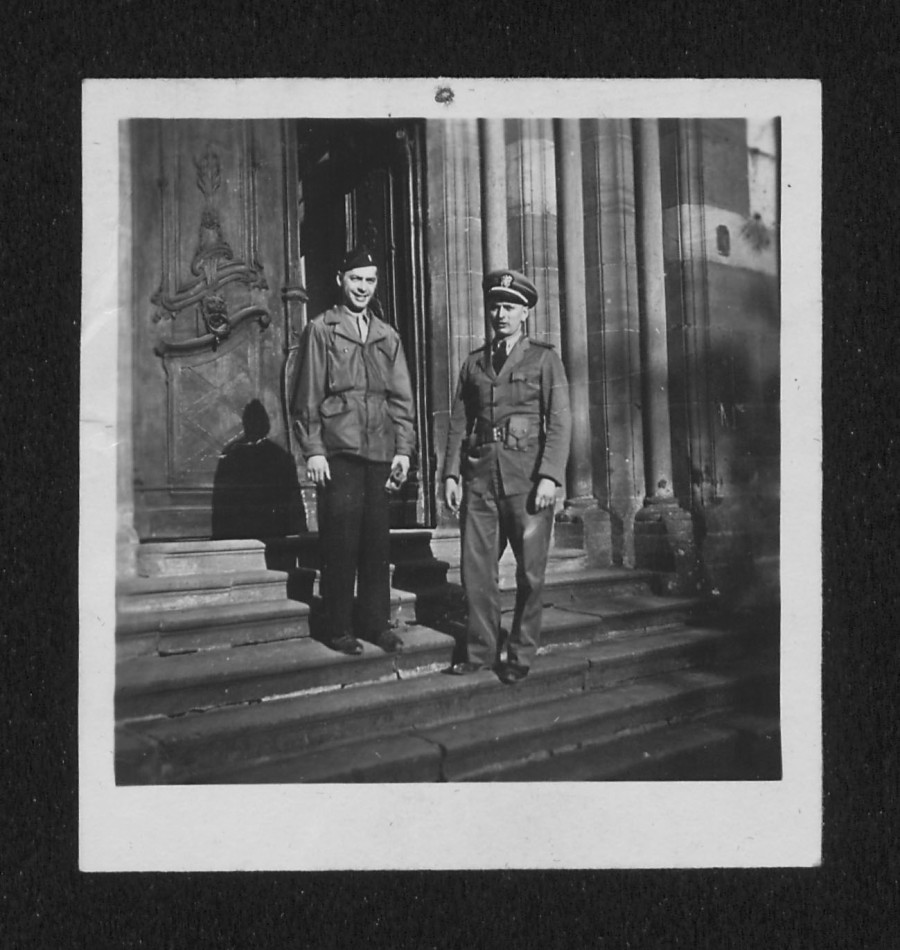 Correction: An earlier version of this article stated "Monuments Men" was a Disney movie. We regret the error.