Last month my colleagues and I completed a pilot of what well may be the most interesting project of my life. It was the pilot of a new type of MOOC (Massive Open Online Course) that pushes the MOOC design envelope by blending a globally transformative platform with an eco-system of deep personal, locally grounded learning communities. Below is the story and some key insights from this experiment that prototypes the 21st century university by putting the learner into the driver's seat of profound social change.

The goal of the class, MITx U.Lab: Transforming Business, Society, and Self, is to empower change makers to co-sense and co-shape the future. This MOOC was offered through the edX platform. EdX was founded by MIT and Harvard and now includes 30-plus universities around the world. Our U.Lab MOOC included:
• >28,000 registered participants from 190 countries
• >300 prototype (action learning) initiatives
• >a vibrant eco-system of 350 self-organized hubs (pictures below)
• and 700-1000 self-organized coaching circles (of five persons each) plus
• four global live sessions with 10,000-15,000 participants/viewers each

The Evolution of MOOCs

Eighty-eight percent of the respondents said in an exit survey that the course was either "eye-opening" (52%) or "life-changing" (36%). So, how is it possible for an online course to be either eye opening or life-changing for almost everyone? We do not know for sure. But reading the feedback we now believe that we have stumbled into a new space for learning--one that we refer to as MOOC 4.0.

Massive Open Online Courses (MOOCs) have evolved over the past three years. This is how we think about their evolution: 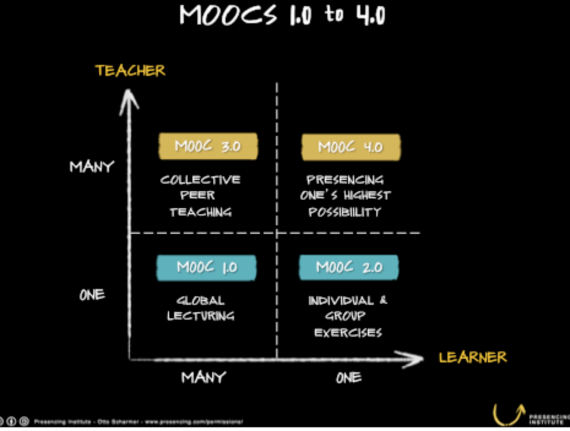 The evolution of MOOCs from 1.0 to 3.0 has been described elsewhere. But what's really new in our experience is the deeper transformational dimension, in which the social field turns into a mirror that allows each individual to see his or her own highest future possibility (4.0: "Many-to-One").

By social field I mean the structure of relationships among individuals, groups, organizations, and larger systems that - when changed - gives rise to different collective behavior patterns. These structures of relationship have, when you inquire into them, their own resonance, awareness, and being.

Social Fields as the Fourth Teacher

The key design principle of MOOCs 4.0 is to organize around the activation of social fields. In the case of the U.Lab that activation was particularly visible in the case of the 350 place based Hubs, in the 1000 self-organized case clinic circles, and in the global live sessions that activated a worldwide eco-system of learning communities. Two examples:

Case Clinics. We devised a seven-step case clinic approach in which we invited U.Lab participants to team up with four fellow U.Lab members (from other parts of the world) in order to run five coaching sessions (one for each of the members). Here is a strong but not atypical description of the case clinic experience:

The connection with other circle members was personally transformative. Although I missed the first coaching circle call, I felt as though I had known the others my entire life.... My skepticism around the ability to connect in such a way melted. I realized it was not the medium [through which] I communicated, but how I showed up internally that made all the difference! This paradigm shift will stick with me for the rest of my life. After endless in-person and online 'downloading' sessions that went nowhere, this was as though a portal I never knew existed was opened completely. All I had to do was walk through it with the love and support of the others. I was so struck with 'I am them' and 'they are me.'

Guided Global Mindfulness Moments. Conventional MOOCs are completely asynchronous (that is, all teaching material is pre-recorded and viewed by students individually on demand). We complemented this asynchronous structure with a set of synchronized real time events that allow the social field to shape and shift.

A live session is a 75-minute session that convenes the entire global community of change makers in the same hour--and connects them to each other both personally and as a community. A key part of these global live sessions (which we broadcast from MIT) was the practice of guided global mindfulness moments. In these moments of stillness, I as the facilitator helped the participants to focus their awareness and attention first on themselves, then on each other, and then on what emerges from the larger social field among them. One participant recounts:

I felt the presence of all the others around the world very, very tangibly. Although I didn't visualize any faces, the collective presence was really palpable. I knew all the other MOOC attendees around the world were doing exactly the same thing that I was. . . . I had the same experience of thick collective presence during the first live session. What I find interesting in this thickening of the atmosphere and deep calm is that it occurs as soon as I open up the streaming webpage. It's immediate, right as I begin hearing Otto's explanations. It is as if I am entering a classroom and sitting next to a classmate. 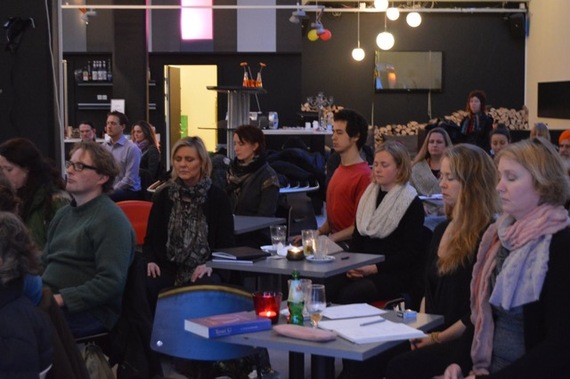 What do comments like these say about how we as leaders and educators can evolve the learning environments? I believe that in situations like this we see the emergence of a fourth teacher--not the educator, not the student, not the environment, but the activation ("thickening") of the social field. The shifting of relationships through deep listening turns the social field into a mirror that allows you to see yourself from the whole--from the emerging future whole.

What these social field examples demonstrate is the emergence of a new We; it's not the old-style oppressive collective, but a new We that helps the learners to connect to their deepest sources of intention and creativity.

Evolving Learning Environments: From 1.0 to 4.0

The evolution from MOOC 1.0 to MOOC 4.0 is essentially an evolution in the level of conversation through which the learning process operates. Each level has its own logic and holding space (see figure 2): 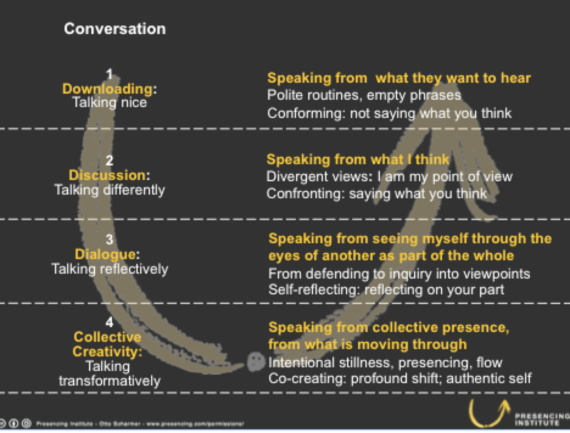 MOOCs 1.0 use level 1 conversation: downloading, in which one person talks and everyone else listens.

MOOCs 2.0 are anchored in level 2 conversation: discussion, a two-way interaction in which the learner reproduces content and solves problems according to the teacher's pre-defined solution (aka the "egg-hunting" pedagogy: hunting for eggs that the teacher has planted).

MOOCs 3.0 are anchored in level 3 conversation: dialogue, a multilateral, self-reflective interaction that allows learners to see a situation through the eyes of others. Shifting level 2 to level 3 conversations is a key capacity in user-centered innovation, such as design thinking and empathic design.

In our survey, U.Lab participants reported that they increased their empathic listening (level 3) from 29% at the beginning to 63% at the end of the Lab over a period of just six weeks (see figure 3). By contrast, empathic listening in US colleges has declined by 40% over the past ten years. 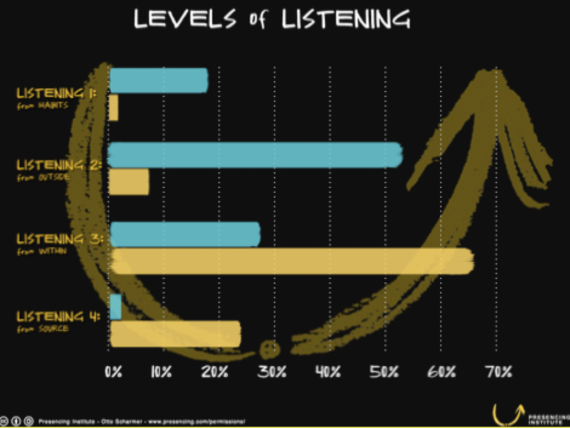 The MOOC 4.0 is anchored in level 4 listening and conversation: collective creativity. Conversation is experienced as a co-creative flow that allows the participants to sense and actualize their highest future possibility ("presencing"). Top athletes in team sports know this state of operating as "playing in the zone."

One way we engaged the collective wisdom of the field of learners was with "word clouds." After posing specific questions to Lab participants we asked them to sum up their response in no more than three words--the word cloud then synthesizes all of the learners' responses into a single map (see graphics below).

Early on in the Lab journey we heard from many that they wanted to learn how to operate from level 4 (collective creativiy), while in reality, they were primarily operating on levels 1-3. We then asked them "Why? What is holding you back?"

Here are the chief reasons that, according to our U.Lab community, prevents them from operating from level 4 (figure 4). 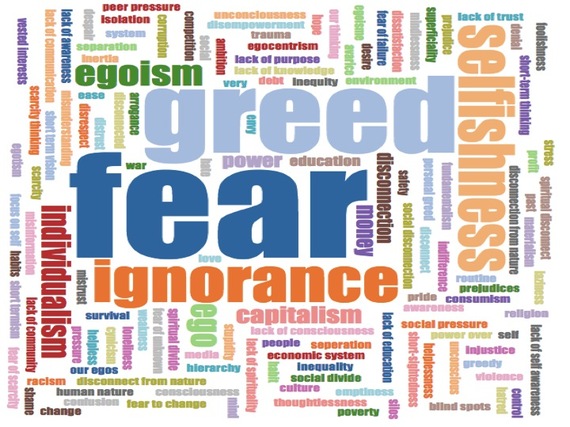 Figure 4: Responses to "What barriers prevent you from accessing your deepest (level 4) creativity?"

Interestingly, the three main barriers--fear, greed, and ignorance--are what Buddhist teachings refer to as the "three poisons."

At the end of the class we asked our participants to think about the seed of future that emerged for them during the U.Lab: In order to bring it into reality as it desires, what is it asking of you? Their primary answer was "courage" (figure 5). 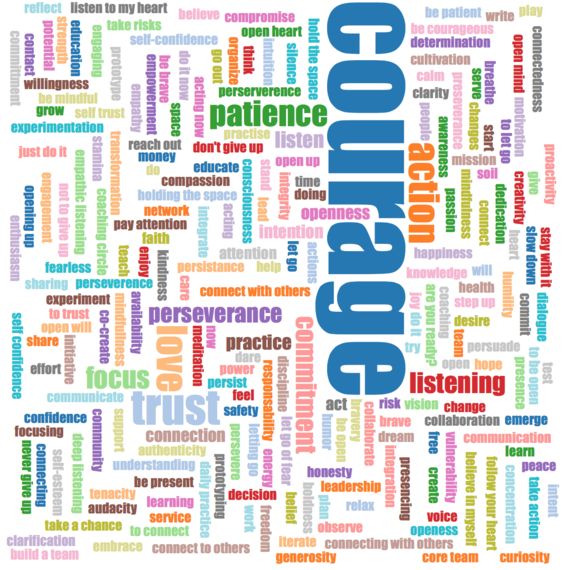 Figure 5: Responses to "What would it take to realize your highest future possibility?"

Then we asked: In order to bring the new into reality, what support do you need from others? They responded with figure 6: 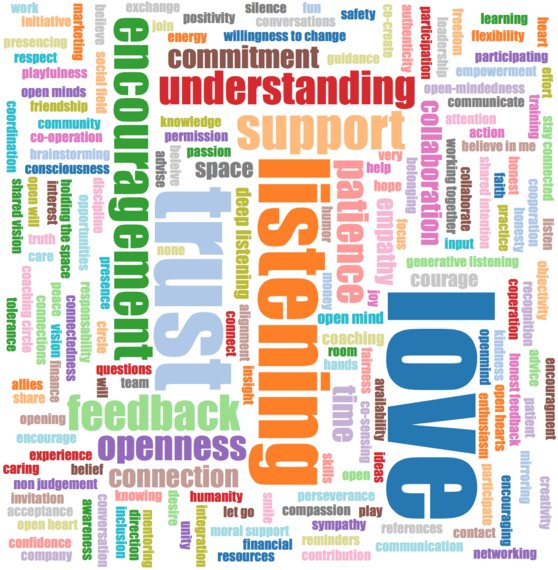 Figure 6: Responses to "What support do you need from others to realize your dream?"

Love, listening, and trust. In that light, it appears that the collective wisdom of the Lab community perfectly responded to the question at the beginning of the course: What makes it possible to transform the three great inhibitors fear, greed, and ignorance? The answer outlines the deeper journey of level 4 learning: transforming fear to courage, greed to love, and ignorance to inquiry & listening.

MOOCs as a Vehicle for Massive Societal Change

After the MOOC, leaders from government, companies and NGOs have asked us to explore how to use the next delivery of the U.Lab (starting Sept. 10, 2015) as a vehicle for massive open civic engagement and cross-sectoral change in their countries, companies, or communities.

I have been running and/or supporting profound change initiatives for the past two decades. But almost never do changes, even when successful, happen on the scale that is necessary today. MOOCs 4.0 put us on a new playing field, not only in education, but also in the business of leading profound innovation and large systems change. This new learning and innovation technology makes me enormously hopeful because it puts the learner into the driver's seat of innovation and change. U.Lab--as it evolves later this year and beyond--will continue to explore, co-pioneer and co-shape this path as it emerges.