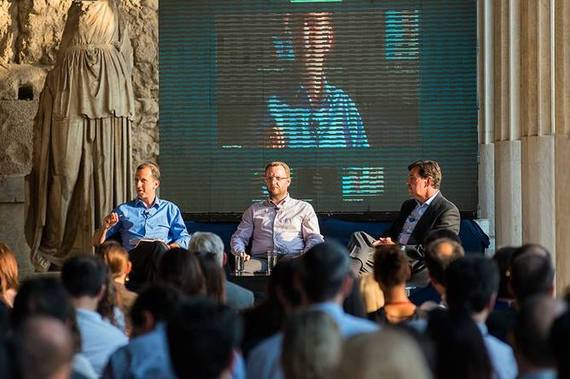 Everyday, thousands of students around the world perch themselves in front of computer screens in homes, libraries, coffee shops, and Internet cafes to take a massive open online course (MOOC).

It's no wonder MOOCs are so popular. They're free. They're taught by professors at accredited, well-known institutions.

In April 2014, I developed a MOOC on entrepreneurship for Case Western Reserve University which has attracted more than 39,000 students from 190 countries to date.

Once the course launched, the team and I spent hours reading and responding to posts on my discussion boards. I answered the hundreds of student emails and connected with them on LinkedIn. I hosted weekly live online panel discussions via WebEx with international thought leaders on entrepreneurship to provide additional opportunities for student engagement. I even visited with MOOC students in Greece, Macedonia, the Czech Republic and Spain on a trip sponsored by the U.S Department of State.

Despite our efforts, however, the amount of face-to-face interaction was limited, a common criticism of online courses.

One downside to MOOCs

"MOOCs have unbundled courses from universities in a way that scales top-quality, affordable learning experiences to willing students across the world...but one thing they do not provide is in-person interaction, which can be critical for many students and types of courses."

To address this issue, a movement in the MOOC world has begun to host local meetups. Students independently organize gatherings in public places such as a library or university classroom. They discuss course topics to deepen their understanding of the material and build local networks and support groups.

My MOOC, Beyond Silicon Valley: Growing Entrepreneurship in Transitioning Economies, uses my home city of Cleveland, Ohio as a case study for students to understand and learn how to grow an entrepreneurial ecosystem.

A rust-belt city provides an opportunity

After years of economic decline, Cleveland was ranked last by Entrepreneur Magazine in 2002 for support of entrepreneurship. At this low point about 10 years ago, a massive effort was launched to develop Cleveland's start-up community. Cleveland could not create a start-up community like Silicon Valley. The city doesn't have droves of young tech billionaires making investments in local start-ups. Instead community leaders got creative and recruited support from people and institutions that were not typically associated with a start-up community. Government, public and private donors, and the private sector worked together to develop an entrepreneurial ecosystem providing funds, mentoring, and resources for new businesses.

I created a MOOC so that people in other communities could learn from Cleveland's journey. Implementing a Cleveland-like strategy to develop a start-up friendly community requires the support and leadership from an array of people, time, money, and a coordination of multiple efforts. To catalyze discussions, I encouraged my students to organize local meetups to explore ways of applying the lessons from my course.

An idea gets exported

One MOOC student in Düsseldorf, Germany, Arjan Tupan, accepted the challenge. Arjan, an entrepreneur who started his own consulting company, brought together several local partners, including a university EBC Hochschule, a non-governmental organization supporting entrepreneurship StartupDorf and the Consulate General of the United States, Düsseldorf to host meetups in two local co-working spaces in Düsseldorf.

During their meetup sessions, students watched video lectures from the MOOC, hosted local experts as guest speakers and engaged in brainstorming sessions to discuss ways to improve support for entrepreneurship in Düsseldorf. At their fifth and final meetup in November 2014, the group developed several projects for 2015, including the creation of "pitch clinics" for entrepreneurs, a local start-up Hall of Fame, a shared calendar for the entrepreneurship community and a plan to create original from a Düsseldorf perspective. 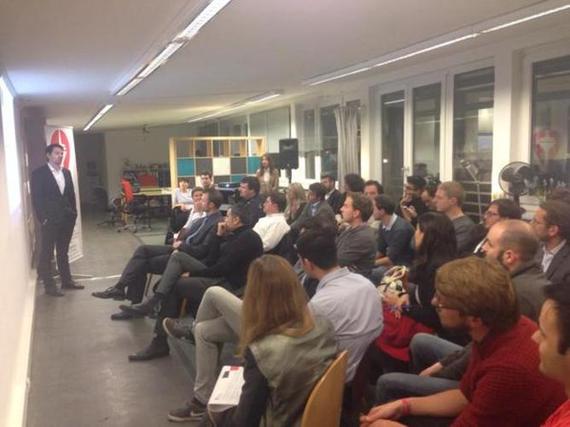 Local meetups organized by Arjan and other partners around the world had a significant impact on the learning experience of Beyond Silicon Valley MOOC students in these communities. These grass-roots gatherings gave students the same opportunity to learn from one another as in a traditional classroom, as Jeff Wofford, the Facility Manager at the United States Embassy in Belmopan, Belize who facilitated MOOC-inspired meetups in Belize, experienced.

"Students here gained a lot of insight by taking the time to sit and discuss the lessons in person," Wofford noted. "We had a nice cross-section of attendees, from University of Belize students to Belizeans who had owned and operated businesses for decades. In several instances, a comment made by one of the students lead to one of those great 'a-ha!' moments with another student, and the exchanges went both ways."

I worked with U.S. embassies and consulates, local universities, seed accelerators and the Microsoft Innovation Centers to organize meetups around the world. Some partners translated subtitles of my video lectures into local languages, which also deepens the student experience and helps to reach a larger audience. Beyond Silicon Valley has been translated into 10 languages, the most of any course on the Coursera platform.

I am not alone in emphasizing meetups as an integral part of my MOOC. More than 60 groups in 52 cities have formed to take MOOCs on Meetup, the world's largest network of local groups. Coursera, the largest provider of MOOCs, has a Learning Hubs Initiative, which establishes physical spaces for students to access their classes. Coursera reports that their Learning Hubs participants show higher completion rates ranging from 30 - 100% vs. the 6.8% Coursera-wide average.

I enjoy teaching my traditional face-to-face courses at the Weatherhead School of Management. Each semester I have the opportunity to meet and nurture the professional growth of some 200+ students. That experience is valuable and presents opportunities that a student is unlikely to derive from a MOOC. But the Beyond Silicon Valley MOOC has demonstrated to me that online courses can be incredibly effective and spread ideas to people in corners of the world who may never travel to Cleveland or be able to afford a class at a school like Case Western Reserve. Despite the lack of professor-student interaction, local meetups can produce a more meaningful educational experience and spark innovation for the online student.

Teaching is not an end in itself. I don't see my job as simply to deposit new information into the heads of my students. A course should inspire students to think, reflect, and act - to create something new and worthwhile in the world and influence the future. With an online course, students must by necessity take responsibility for their learning and also how they engage with and act upon their knowledge. Fostering this process and watching it unfold through my MOOC has been one of the most gratifying experiences. I can't wait to see what the students will produce in 2015.

This article was originally published on The Conversation.