This advertisement won't just make you smile -- you can make it smile.

A newly-installed billboard for Jell-O constantly studies the ratio of happy and sad emoticons on Twitter, then uses the ever-changing data to make a face on the ad smile or frown.

The billboard at the corner of Grand Street and West Broadway in New York City's SoHo neighborhood is an extension of larger campaign by Kraft Foods that started with the Jell-O Pudding Face website, which gives out coupons when there are more frowny faces than smiley faces on Twitter, Adage notes.

Unlike earlier Twitter-integrated billboards, advertising publications seem supportive of the mercurial ad, which was unveiled on July 28, according to Trendhunter.

But when former Crispin Porter + Bogusky copywriter Ian Hart realized his emotive face was featured on a massive billboard just blocks away from his office, he didn't appear pleased, at least according to his explicit reaction in a video posted on Mediabistro's AgencySpy blog. 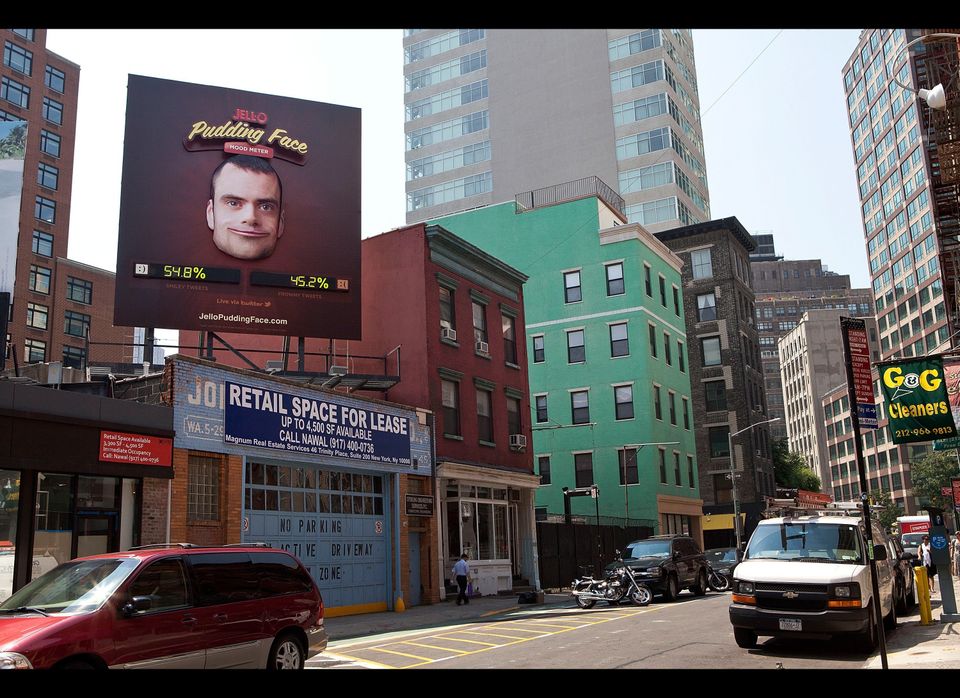