Today, dear readers, is Friday the 13th, an unlucky day for superstitious folks of Western tradition. Those who suffer from friggatriskaidekaphobia, as it is called, fear that when the unlucky day that is Friday couples with the unlucky number that is 13, mysterious forces are afoot.

This evening, however, is especially spooky because this particular June 13th happens to also fall on a full honey moon, making the lunar orb appear larger and more amber-toned than any other time of year. 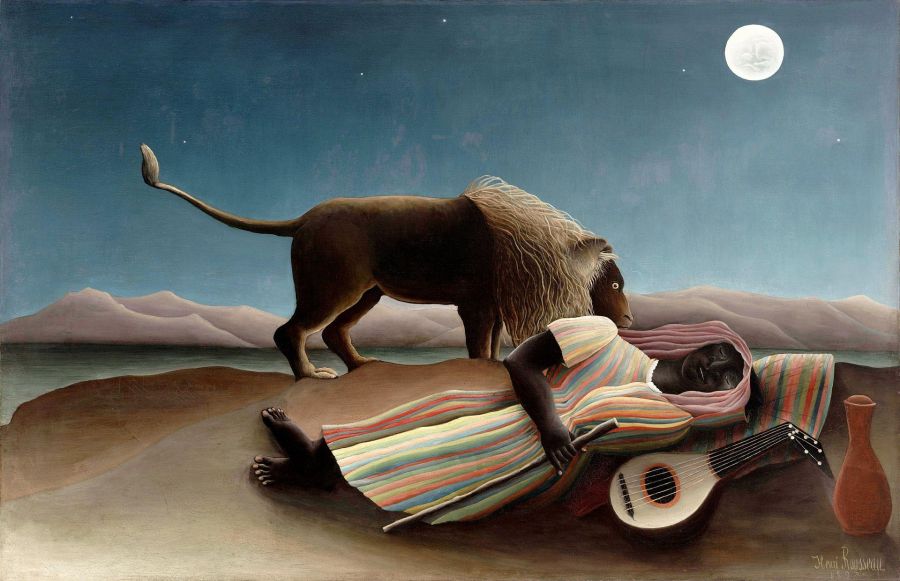 This natural phenomenon occurs during the month of the summer solstice when the moon is at its lowest. The elongated wavelengths of light, due to our atmosphere's pollution, create a warm, reddish glow -- a similar occurrence to that witnessed at sunset.

The honey moon was expected to reach its full phase at 12:13 EDT -- we know, another 13! But the most visually enchanting point in the evening probably came earlier, when the moon was closer to the horizon and thus appears larger to the naked eye. This was the first honey moon to fall on a Friday the 13th since June 13, 1919, and another isn't coming until 2098. So in honor of this festive occasion, we've gathered up a brief compendium of the ample moon as artistic muse.

Behold, 20 artistic reasons artists have always looked to the night sky for inspiration, especially on the occasion of a full moon. Let us know which of your favorite moon moments in art we missed in the comments and enjoy the haunted honey moon!