Prepare yourself to see the moon like you've never seen it before.

A team of scientists at Arizona State University in Tempe has used a wide-angle camera aboard NASA's Lunar Reconnaissance Orbiter to create what the space agency says is "the highest-resolution near-global topographic map of the moon ever created."

And the results are absolutely stunning.

"I can't tell you how excited I am about this data product," Mark S. Robinson, the principal investigator of the Lunar Reconnaissance Orbiter Camera (LROC) told HuffPost. "All of these people worked so hard together to get this topographic map completed."

The image below, which is one of many available for download, is a topographical map of the entire far side of the moon. The colors represent the elevation of various features on the moon's surface, with the highest areas (10,700 meters, or about 35,000 feet high) shown in white, and the deepest basins (around 9,150 meters or 30,000 feet below) shaded violet.

"We can now determine slopes of all major geologic terrains on the moon at 100 meter scale," Robinson said in a NASA statement. "Determine how the crust has deformed, better understand impact crater mechanics, investigate the nature of volcanic features, and better plan future robotic and human missions to the moon."

It took more than three years to design and build the Wide Angle Camera (WAC) and get it to the moon aboard the LRO. The WAC then spent a year collecting data, and it took another year of work for a team to compile the data to build the model.

"It's what the science community has wanted ever since the Apollo days," Robinson told HuffPost. "It just opens up so many avenues of research."

The LRO orbits the moon about 13 times per day, taking roughly 200 images. It takes a month for the WAC to map the entire moon.

If you're impressed with this image, you'll most likely be blown away by the map that comes out next year. Robinson said that the WAC is currently taking even more pictures, which will allow for an even more detailed version of the map. 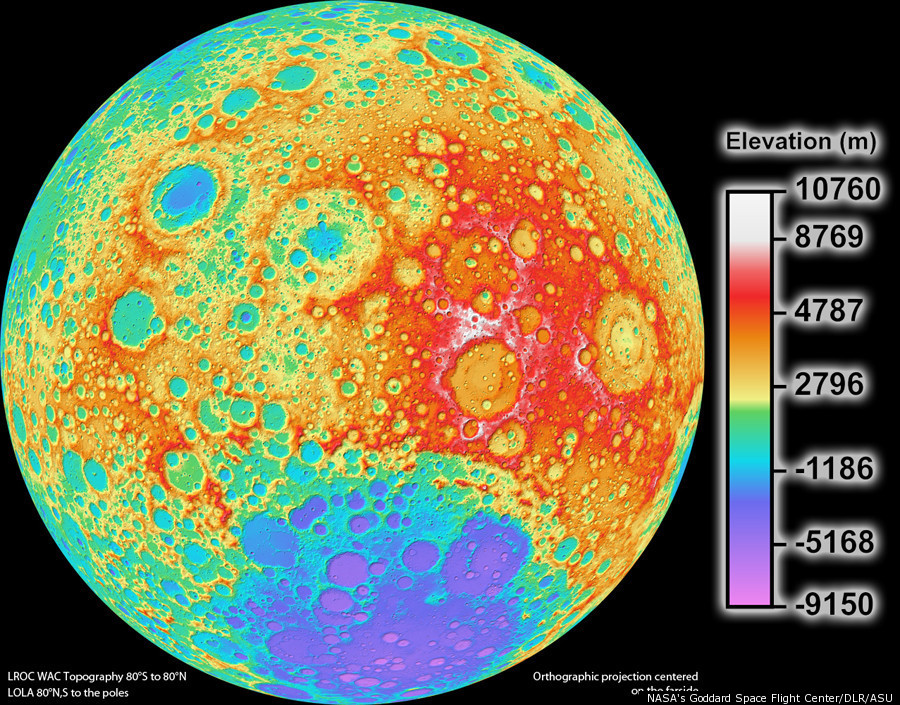 Far Side Of The Moon NASA Moon Arizona Green