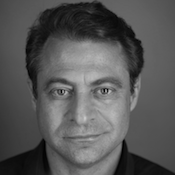 Since the start of the Space Age in 1957, only three countries have ever made it to the moon: the United States, Russia (the USSR) and China. In fact, in the early days of the 1960's moon race, NASA launched a series of unmanned spacecraft to study and photograph the lunar surface that actually missed the moon several times before successfully hitting their target.

Although humanity first set foot on the moon decades ago, people forget that getting there is difficult. The $30 million Google Lunar XPRIZE is asking teams to do something that has never been accomplished--landing a private spacecraft on the surface of the moon that travels at least 500 meters and transmits high-definition video and imagery back to Earth. This is a feat that only the world's three largest space powers have accomplished, and in success, this accomplishment will bring the cost of landing on the moon down from a $1 billion effort to a $50 million effort--making it 20 times cheaper and enabling individuals, universities and private companies to access to the moon.

As the public watches the Google Lunar XPRIZE unfold, we wanted to provide a way for people to understand the incredible progress made by these talented teams, so we established a series of Milestone Prizes worth a total of $6 million. We identified three critical areas requiring the technical expertise needed at this stage to be able to get to the moon before the end of the competition: Landing, Mobility and Imaging.

Today, we are announcing that five teams have been awarded a combined $5.25 million in recognition of their achievements. For each Milestone Prize category, teams carried out a number of hardware tests representative of their planned lunar mission, while sharing extensive design information and analysis with the competitions' judging panel. The Landing prizes were awarded to teams that demonstrated advanced progress on their spacecraft that will land on the moon, the Mobility prizes recognize the vehicle that will need to move across the lunar surface and the Imaging prizes acknowledge the camera system needed to send high definition imagery and video to back to Earth.

We believe that we do our best work when we compete and one of the critical elements of any XPRIZE is engaging the competitive spirit that we all feel. Just as the NFL playoffs narrowed fans' focus on the road to this week's Super Bowl, the Milestone Prizes allow the public to have a routing interest in the competition and know which teams to follow.

So join us as we go back to the Moon. For Good.