In this exclusive clip from "Moonrise Kingdom," fans get a closer look at tough-guy Bruce Willis in a very non-tough-guy role (a nice local cop named Captain Sharp). Narrated by Bob Balaban, the video shows Willis taking on big actor stuff: Driving! Running! Fake rain! However, that part where he hangs upside-down? That wasn't Bruce. It was -- as Balaban explains -- a stunt double. You can check it all out in the video above.

Keep an eye out tomorrow for the second "Moonrise" featurette, debuting over on MTV.com 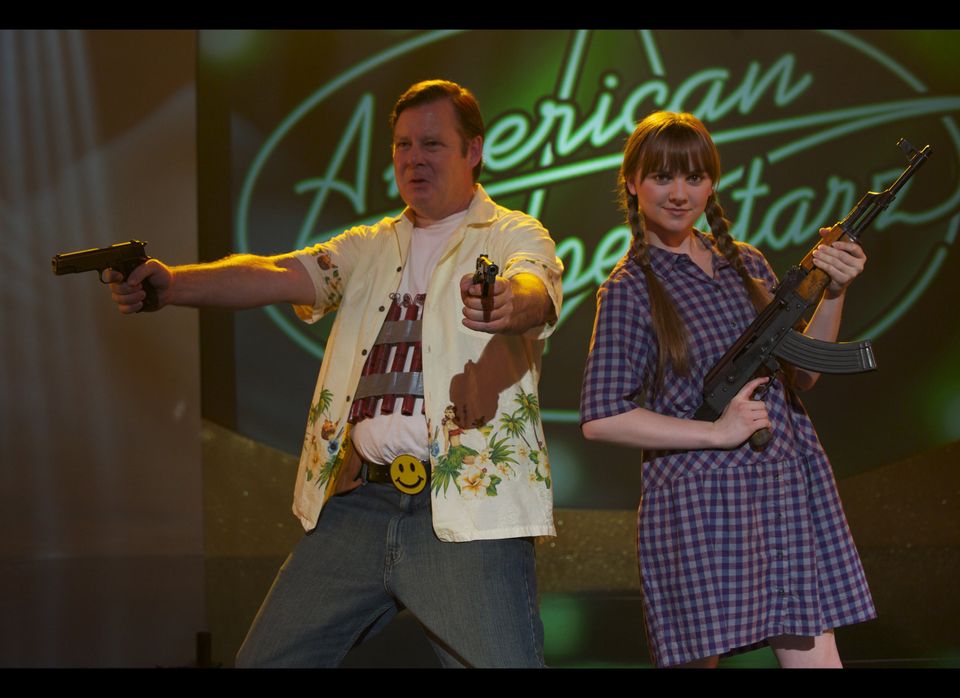 1 / 12
'God Bless America'
<strong>Release Date</strong>: May 11 <strong>Who's In It?</strong> Joel Murray, Tara Lynn Barr <strong>What's It About:</strong> Bill's younger brother stars as Frank, a terminally ill man who takes his nothing-to-lose scenario and decides to clean up society. Aided by the crazy 16-year-old Roxy, he goes "Taxi Driver" on annoying reality TV debutantes, media loudmouths and people who text in the theater. <strong>Why We're Excited:</strong> The movie's director, Bobcat Goldthwait, is the king of the dark comedy. If your only perception of Bobcat is "that '80s comedian with the funny voice," then you're missing out on one of the edgiest comedic directors working today.
Magnolia Pictures