Few have made the trek to Earth's most northern point, but even fewer have ever seen the lunar north pole.

But NASA is now making it available to all. They've released this photo that is really a mosaic composed of 983 photos taken by the Lunar Reconnaissance Orbiter Camera (LROC) over a one-month period "during northern summer," according to NASA.

This composite photo of the moon's polar region was featured on NASA's Image of the Day gallery, giving people a rare view of the terrain. The Wide Wide Angle Camera on the LROC has captured thousands of image of Earth's largest satellite.

With the launch of NASA's Grail mission this past weekend, scientists hope to get a better close up of the orbiting mass, while learning more about the insides of the moon.

While it may look perfectly round in the photo below, in actuality the moon is lopsided. According to a new theory, Earth may have once had two moons that combined upon collision, resulting in the moon we know today.

The stunning image of the moon's northernmost pole, via NASA: 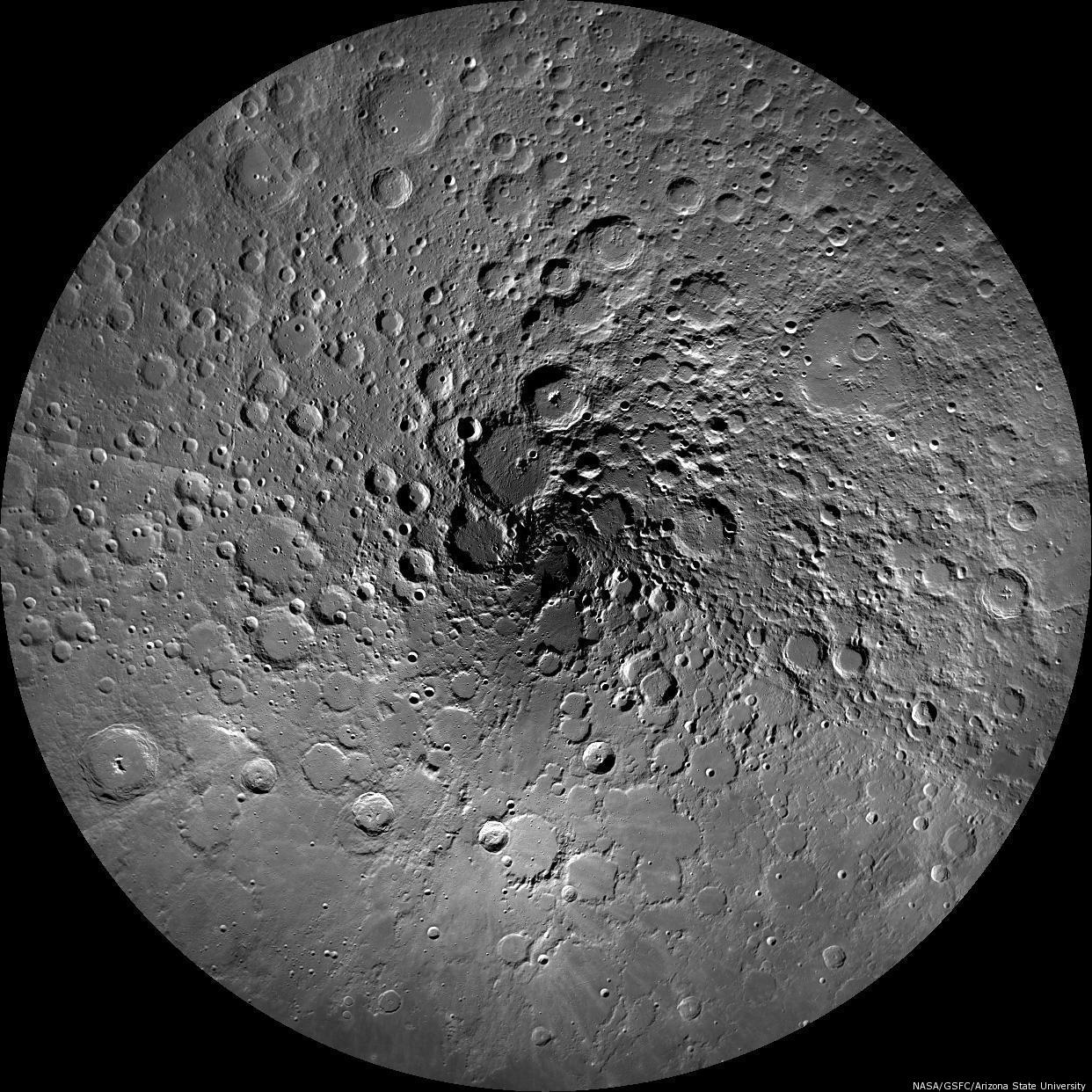