It seems unfathomable, but staffers at the Moore Medical Center in Moore, Okla., consider themselves "lucky" after a tornado virtually destroyed their building Monday.

Even though the hospital was immediately in the tornado's path and suffered a "direct hit," per a hospital release, none of the 30 patients or staffers in the building were injured.

Additionally, between 250 and 300 other people from the surrounding community had sought shelter at the hospital. All of them emerged with only minor injuries and were in much better shape than the building that protected them.

(Story continues below.)
PHOTOS of the destroyed Moore Medical Center:

Shannon Largent, a nurse manager at Moore Medical Center described the aftermath to ABC News: "There were wires hanging down from the ceiling, debris. Everything was really dusty afterwards."

Photos of the tornado's aftermath show the hospital's front entrance littered with rubble and overturned cars, rendering it impassable to emergency responders. ABC reports patients had to be transported out of the hospital's rear. Nevertheless, the hospital's emergency department manager, Nick Stremble, said, "We were actually pretty lucky."

Moore Medical Center spokeswoman Kelly Wells told area news station KOCO the hospital was "pretty much destroyed," and that 13 of the patients have since been transferred to other facilities. 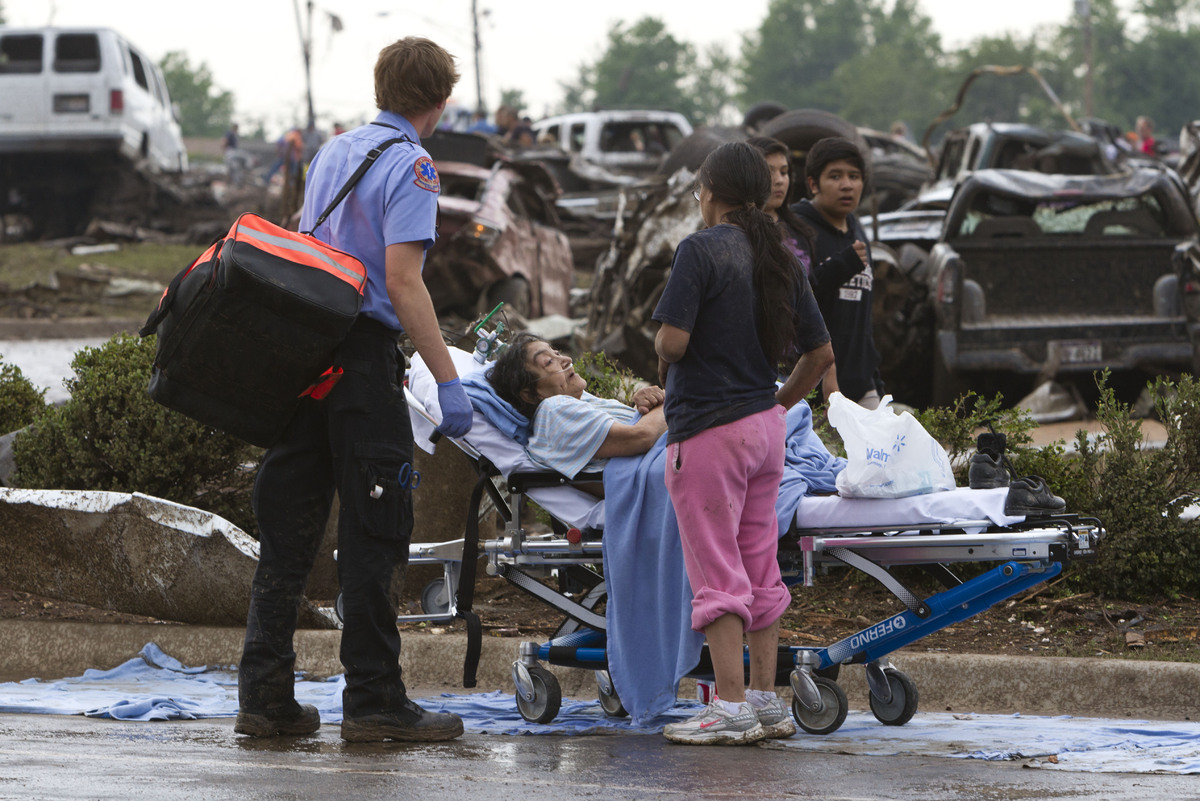 1 / 16
A Moore Medical Center patient sits in the parking lot after a tornado damaged the hospital in Moore, Okla., on Monday, May 20, 2013. (AP Photo/Alonzo Adams)
AP