While the American public overall has become more accepting of certain social issues, such as premarital sex, embryonic stem cell research and euthanasia, Democrats and Republicans remain divided in their moral beliefs.

In the last 12 years, Democrats have become significantly more tolerant of numerous issues, such as abortion and gay and lesbian relations. Republicans' views have remained largely unchanged.

Below is an infographic breakdown of Gallup’s most recent poll, conducted May 8-11 with a random sample of 1,028 adults living in the U.S. and a margin of error of ±4 percentage points: 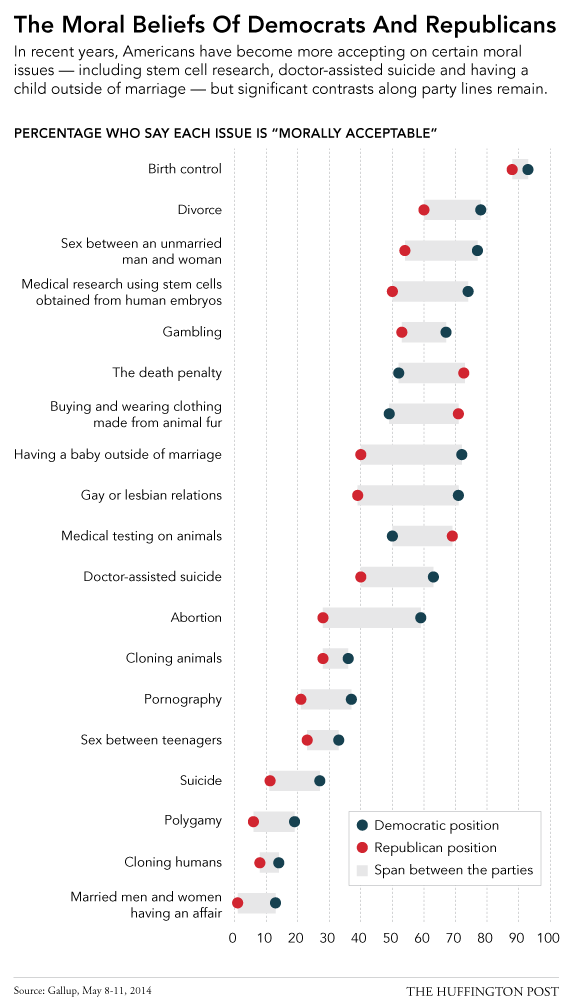