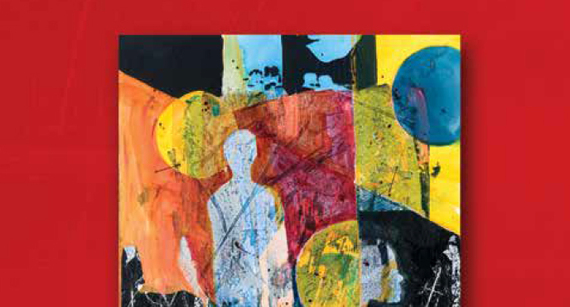 A poorly regulated lethal product that is shielded from civil liability and incurs high economic and social costs predictably draws heavy critical fire. Challenges to the morality and civic responsibility of the gun industry's troubling practices are met with infuriated reactions by progun advocates. They see themselves as patriotic defenders of freedom, unjustly attacked by an arrogant, elitist minority bent on banning guns from society. During his presidency of the NRA, Charlton Heston launched the most blistering counterattack. He directed his heaviest fire at the press, especially their coverage of publicly alarming shootings (Heston, 1999). In his portrayal, "[t] his harvest of hatred is . . . sold as news, as entertainment, as governmental policy" as "reporters perch like vultures" and "news anchors race to drench their microphones in the tears of victims" (Heston, 1999). The reason for the "screeching hyperbole leveled at the gun owners" is that "their story needs a villain. . . . And we're often cast as the villain." Concerning media requests for interviews after a tragic shooting, Heston said, "The countless requests we've received for media appearances are in fact summons [sic] to public floggings, where those who hate firearms will predictably don the white hat and hand us the black." Heston turned his wrath on political advocates of gun regulation as well. Members of the Clinton administration, whom he called "Clinton's cultural shock troops," were his archenemies (Heston, 1997).

With his election to the presidency, Obama drew the heavy fire. Wayne LaPierre likened him to a "South American dictator" bent on eradicating the Second Amendment. In his conspiratorial analysis, LaPierre warned NRA members that Obama was trying to "lull gun owners to sleep to win reelection." "Lip service to gun owners," LaPierre warned, is just "part of a massive Obama conspiracy" to deceive voters and hide his true intentions to destroy the Second Amendment during his second term (Markon, 2012). In his rallying cry at an NRA convention, LaPierre (2012b) beseeched his followers to "save America and our freedom."

Other members of the NRA also characterize gun policies in terms of repressive police control. For example, gun regulation is called "political terrorism." Development of a gun-tracking system is "police control," and federal agents are "jack-booted government thugs." Proponents of gun regulation are "loony leftists." It works both ways, however. One former top lobbyist for the gun industry had some uncharitable things to say about the NRA: "You have a situation where you have a bunch of right-wing wackos at the NRA who are controlling everything" (Butterfield, 2003). And the NRA resents being called a "merchant of death."

The fierce factional dispute is not about guns per se, Heston explained. Rather, it is just one aspect of the larger cultural war construed by progun advocates as between arrogant elitists and rank-and-file Americans who love their country and are courageous guardians of America's cherished values and freedoms (Heston, 1997). The reframing of the nature of this war is larded with widely used oppressive imagery of "thought police," "lock-step conformity," "cultural warlords," "self-appointed social engineers," "Clinton's cultural warriors," and "apologist for criminals." Within this wrathful declamation, Heston (1999) incongruously presents himself as a judicious conciliator seeking to restore harmony between the warring factors. "I am asking all of us, on both sides, to take one step back from the edge of that cliff. Then another step and another, however many it takes to get back to that place where we're all Americans again."

The mission of the NRA, in Heston's clarion call to his constituents, is to defend hard-fought freedoms from zealous gun haters. In the emotive discourse, guns are linked to a list of other types of freedoms:

Our mission is to remain a steady beacon of strength and support for the Second Amendment, even if it has no other friend on the planet. We cannot let tragedy lay waste to [sic] the most rare and hard-won human right in history. A nation cannot gain safety by giving up freedom. This truth is older than our country. "Those who would give up essential liberty, to purchase a little temporary safety, deserve neither liberty not safety." Ben Franklin said that. If you like your freedoms of speech and of religion, freedom from search and seizure, freedom of the press and of privacy, to assemble and to redress grievances, then you'd better give them that eternal bodyguard called the Second Amendment. The individual right to bear arms is freedom's insurance policy, not just for your children but for infinite generations to come. That is its singular, sacred beauty, and why we preserve it so fiercely." (Heston, 1999)

Guns are sanctified not only by association with other cherished freedoms but also by linkage to broader sociopolitical matters that resonate strongly with most NRA constituents. This is achieved by establishing one's moral credentials through past conduct. Having behaved charitably or righteously establishes one as a good person with license to behave prejudicially in the future. This process of self-entitlement to prejudicial conduct is well documented by Monin and his collaborators across diverse areas of functioning (Effron, Cameron, & Monin, 2009; Monin& Miller, 2001). Heston used his march with Martin Luther King Jr. for civil rights as his moral voucher to courageously champion "white pride" in the nation's founders, who created the constitutional gun right. This moral self-license spilled over into indiscriminate condemnation of entire categories of people who, in Heston's view, undermine the social and moral order, including feminists, homosexuals, African Americans, and new age religionists:

The Constitution was handed down to guide us by a bunch of those wise old dead white guys who invented this country. Now some flinch when I say that. Why? It's true . . . they were white guys. So were most of the guys who died in Lincoln's name opposing slavery in the 1860s. So why should I be ashamed of white guys? . . . Now, Chuck Heston can get away with saying I'm proud of those wise old dead white guys because Jesse Jackson and Louie Farrakhan know I fought in their cultural war. I was one of the first white soldiers in the civil rights movement in 1961, long before it was fashionable in Hollywood, believe me, or in Washington for that matter. . . . Mainstream America is depending on you, counting on you to draw your sword and fight for them. These people have precious little time or resources to battle misguided Cinderella attitudes, the fringe propaganda of the homosexual coalition, the feminists who preach that it's a divine duty for women to hate men, blacks who raise a militant fist with one hand while they seek preference with the other, and all the New-Age apologists for juvenile crime, who see roving gangs as a means of youthful expression. . . . Freedom is our fortune and honor is our saving grace. (Heston, 1997)

This call to arms also illustrates the moral engagement subfunction in the mechanism of social and moral justification. Fighting gun regulation becomes a source of patriotic honor, moral courage, and self-pride. Each year the National Council of Teachers of English presents its Doublespeak Award to public figures or organizations employing deceptive, euphemistic, or self-contradictory ways. In 1999, the award went to the National Rifle Association, with special recognition of Charlton Heston for his "artful twisting of language to blur issues," and the "invocation of patriotism, reverence, love of freedom, and the opposing use of dread words to color the opposition" (National Council of Teachers of English, 1999).

Former mayor of New York Michael Bloomberg, who cofounded a coalition of mayors and supports grassroots activism for gun reform, has been especially targeted by gun enthusiasts. They have branded him a "nanny statist fascist" and an "anti-gun bigot" (Barbaro & Goldstein, 2013). Their intense hatred went beyond words. One man sent letters to him and the director of his advocacy organization that were laced with the poison ricin. The letters asserted that the right to bear arms is a "God-given right" that the sender would protect to his death.

The NRA's uncompromising opposition to any restriction on firearms gives gun-regulation advocates a lot to be incensed about. Here are some of the restrictions opposed by the NRA on the basis of the slippery-slope scenario: banning semiautomatic assault weapons, armor-piercing bullets, and easily concealable street crime guns; requiring safety trigger locks; limiting purchases to one gun a month; background checks for purchases at gun shows; requiring gun dealers to examine their inventories for lost or stolen guns; implementing a national system for tracing guns used in crimes; imposing civil liability for egregious sales practices; and banning gun carrying in public parks and recreational areas. 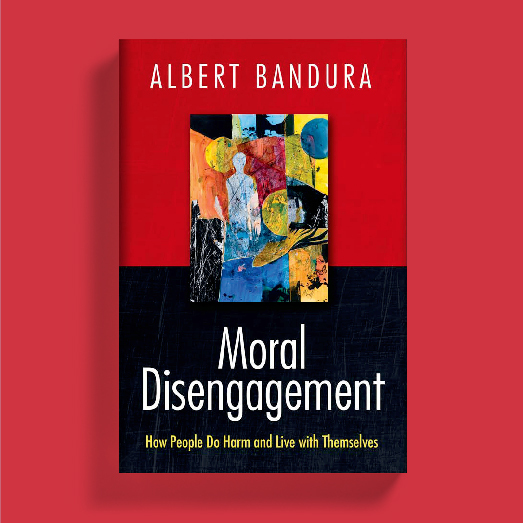 Albert Bandura is the Professor Emeritus of Social Science in Psychology at Stanford University and one of the most eminent psychologists of modern times. He is a renowned scholar whose pioneering research in social cognitive theory has served as a rich resource for academics, practitioners, and policy makers alike across disciplinary lines. His illustrative career includes groundbreaking work across a broad range of areas. His seminal research on social modeling expanded our view of human learning and the growing primacy of this mode of learning in this electronic era. His later research on self-regulatory mechanisms laid the theoretical foundation for his theory of human agency. These diverse programs of research blend his theoretical interests with an abiding concern for the use of psychological knowledge for human enlightenment and betterment.